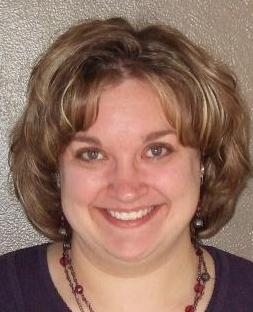 Addie J. King spends her days as an assistant prosecutor for Champaign County, Ohio, and has over seven years experience as a prosecutor handling adult felonies, misdemeanors, juvenile delinquency cases and appellate work. She holds a degree in criminal justice from Ohio Northern University and a law degree from the University of Dayton School of Law. She spends her spare time reading, writing fiction, playing softball, and trying to wean herself from home improvement shows, cooking shows, and videogames.

The Life of a Prosecutor

What’s it like to be a prosecutor? It’s hard to explain; it’s exciting, it’s heart-breaking, and it’s satisfying. Most people think they get it, but, like most things in life, there’s much more to the story than you get in a one hour television show.

It’s not a nine to five job.
I come in early just about every day. Most days involve paperwork over my lunch hour. While I have nights that I leave when the courthouse closes, many involve staying late or taking work home. If necessary, I come in on weekends, and law enforcement has my cell phone number. I once took a call from an officer with a question while I was standing on a ladder painting my living room on a Saturday afternoon.

Even if you leave it behind to go do other things, it’s hard sometimes to completely ignore it. I’ve lain awake at night running arguments and strategy through my head before a big hearing. I once spent a Sunday afternoon driving by myself, talking aloud through an argument for an upcoming trial. Of course, I had to run to work to type it all up and file it away before I went home.

Much like law enforcement, we have to learn to shut it off.

Many cases involve concerns over someone’s safety; I’ve had cases where people are concerned for violence but also cases where someone might be suicidal, or could overdose on drugs. I’ve learned more than I wanted to know about sex abuse and incest, especially involving children. I have to shut it off when I walk out of the office, or I would brick up my two year old nephew in an ivory tower where no one could ever go near him. That’s also why law enforcement officers and prosecutors sometimes have an interesting sense of humor. They have to, in order to deal with the things they see on a regular basis.

I wish I didn’t know some of these things. Even so, I’m glad I’m doing this job. I hope that, while I’m trying to find the truth, I can make it just a little less intimidating or frightening to someone who has already been traumatized once. For that, I’m okay with being a little less naïve than I’d like to be.

I’m not getting rich.
Lawyers accumulate massive student loan debt getting through college and law school. It’s rare for someone to make it all the way through seven years of higher education without student loans of some kind. Prosecutors don’t make a lot of money. We don’t get overtime. We have state employee benefits, which are nice, but the salary is nothing compared to what could be made in private practice. This means that many prosecutors work for more than the paycheck, which is further reduced by the big student loan payment. We’re not buying Armani suits; Target sells suits for much less.

I’m not college-student broke; I’ve got a middle class income. After seven years as a prosecutor, I have a decent house, car, and a retirement account. It’s livable. But I’m not rolling in the cash. I don’t have a vacation home. I’m not traveling the world. I shop for bargains on suits, clip coupons, and otherwise watch my money. Right now, I’m writing on a four year old laptop and watching a fourteen year old television. Sooner or later, I’ll have the cash to upgrade, but I love my job, and I wouldn’t trade it for anything else. Just don’t offer me a trade while I’m writing the check for my student loan payment for the month. I might be tempted then.

My job isn’t to represent the victim; it’s to seek truth.
I try to make the whole process easier for someone who’s already been a victim of crime, but there’s only so much I can do. It’s a rough process, but I’m not their lawyer. I can prepare them for the whole process. I can tell them my opinion of the case, with all of its strengths and weaknesses, but I represent the State of Ohio. Society has a larger interest than individual victims do. There have been cases where a victim doesn’t want to press charges, though the state goes forward anyway because it’s in the interest of everyone to do so. It’s in the interest of all society to stop violence, despite one person’s reluctance to go forward. That doesn’t mean I ignore a victim; they have to live with the outcome. It does, however, mean that my office, not the victim, makes the final determination as to resolving cases, litigating cases, and trial strategy.

It also means that, from time to time, I have to sit down with a victim and be honest about their case, their expectations, and their testimony. My goal isn’t to make them happy. It’s to figure out what happened, protect society, and protect them if appropriate. I would much rather a defense attorney let me know if there’s information I don’t have rather than waiting until trial, because then I can try to find out if there’s merit to it, and how it impacts my case, the victim, and the interests of the State. I like trials, but not every case should go to trial, and it makes life easier for the judge, the attorneys, the victim, and the defendant if everyone knows what’s going on. There might be a reasonable solution, and going to trial is always a risk.

Jury trials are cool, but they’re stressful, and the job isn’t just being in court all day.
There’s a ton of paperwork. Being in court all day means less time that paperwork gets done. Discovery requests, responses to motions, filing, emails, reviewing police reports and returning phone calls take up a lot of time. I’d much rather be in court than doing paperwork, but then I’m behind on getting things done.

Jury trials are also stressful. They aren’t just stressful because of the work, but because of what’s on the line. Getting an acquittal (not guilty) in a big case is heartbreaking, especially with the time, effort, and energy that go into them. A prosecutor shouldn’t go to trial unless they have a reasonable belief that a crime has occurred, so failing to convict is frustrating.

Obtaining a conviction (guilty) is a good feeling, but I do have sympathy for the defendant’s family for the truth that they now face, or the hardships they’ll endure because a loved one is in prison. That person’s family will forever be changed.

On the other hand, nothing changes the fact that these bad things have happened to someone. You can’t un-rape someone. A conviction doesn’t mean that someone will come back to life after they’ve been murdered. It’s a humbling feeling that no matter the outcome, nothing fixes what’s been done.

There are cases I’ll never forget. There are people I couldn’t forget if I tried. Prosecutors aren’t saints, but hopefully they’re in their jobs because they have some belief in what they’re doing. It’s an exciting job and no two days are ever the same.