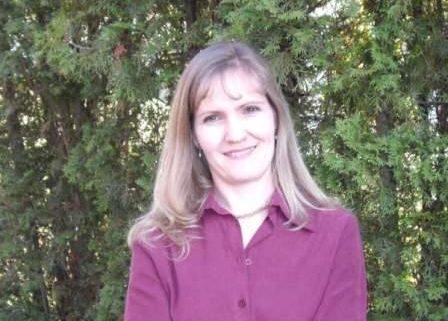 As a corporate wife, Rebekah Aidukaitis has seen much of the country. Using this to her advantage, she now writes romantic suspense, romantic comedy and family humor, deftly incorporating setting and socio-economic backdrops to compliment each plot. Her recently completed manuscript, Hickory Grove, explores the connection between a Midwest artist torn between saving her marriage or an abducted child, and the perverted abductor bent on destroying her life. Available now to agents everywhere. When not writing, Rebekah is a volunteer with several community organizations. She currently lives in Indiana with her husband and four children.

A Police Department tour is a must for every Cub Scout. As a den leader, I set up a tour with the community relations officer in our town and arrived February 2, with eight seven-year-olds and their parents, ready to see all the exciting, secret stuff beyond the lobby. We weren’t disappointed. This tour was VERY informative. 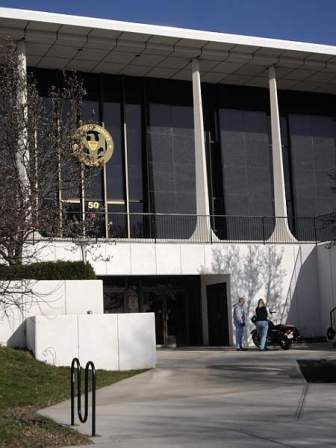 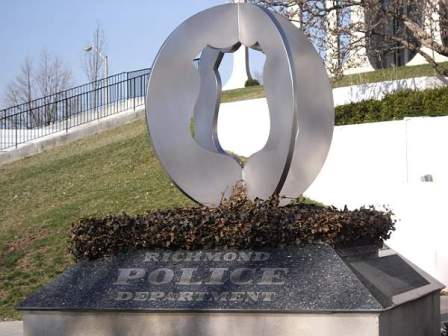 The officer appeared in full dress uniform, definitely impressing the boys, and happily showed us every room, from the weight room to the interrogation room (letting the parents spy on the kids through the one-way glass, and vice versa). That was fun. But there were portions of the tour that seemed a bit odd. 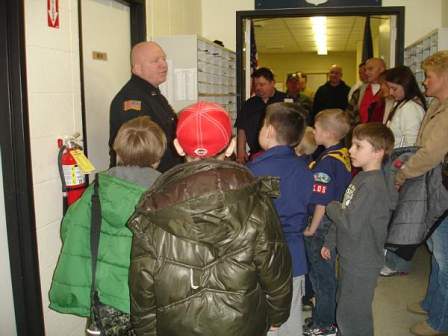 As we entered the Juvenile Division, one of the boys made a funny comment about the officer’s name. The officer jokingly took the boy in a head hold, which caught some parents off guard. But we were okay. This was a police station after all, so we were safe, right? He let the boy go. Then the officer started telling the boys about the kinds of crimes that land juveniles in jail, or sometimes even in the mental institution on the edge of town. At that point a boy raised his hand and announced to the group that his brother lives at the mental institution. The room went silent. Awkward.

On we went to the lab, which led to the evidence storage room. Pausing for a few moments outside the door, the officer told us the importance of evidence and why we couldn’t go in, giving us a graphic description of items that have been held there and the crimes committed with these weapons. Every parent cringed, wanting to cover their boy’s ears, pushing toward the hallway to continue the tour at the drunk tank and the two locked cells there. That was a bad move. Standing in the hallway, I think the officer took relish in telling us why they don’t use those cells anymore. Apparently a teenager was brought in on a Friday and locked in one of the holding cells. Inexplicably, they were forgotten about all weekend with no food, water, or toilet facilities. Since then everyone is transported directly to the jail across the street. Wonderful. That gave us such confidence in our civil servants. 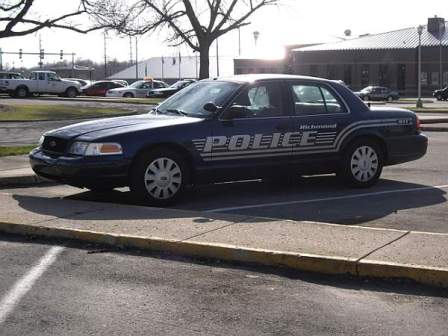 But the tour didn’t stop there. Anxious to show us the city’s cutting edge equipment, we were brought to another room with a fifty thousand dollar drying machine. Here again, we were told the gruesome details of bloody shirts, semen-coated clothing, and the crimes associated with these messy pieces of evidence. Then he pointed out the refrigerator in the corner to talk about the rape kits kept inside. Maybe not so appropriate for young boys.

Last stop was the Detective Division, where we were warned not to discuss anything in that room once the tour ended. I didn’t see anything as bad as what I heard. In order to show the determination of some detectives, the officer related a story about a detective’s daughter who was murdered (more grisly details), and how that detective vowed not to retire until the case was closed. Twelve years later, the detective solved the crime, retiring the very next day. Great, a happy ending. I’m sure the parents appreciated that as they swept their boys out the door, mourning the loss of innocence. 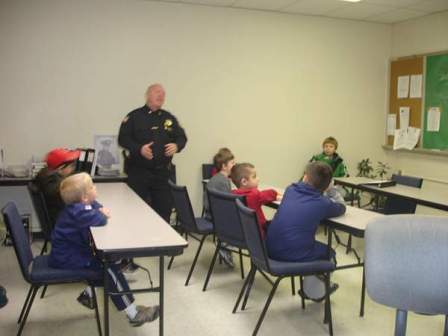 Over the past few weeks, some of the parents and I have shared a good laugh over these events, but the general consensus remains the same: next year we’re going to the fire department instead.