I’ve always been a true advocate of proactive policing. It’s my belief that stopping crime before it happens is a far better solution than to simply react to trouble after it occurs. So, as a patrol officer, I spent a lot of time attempting to predict where the next burglary, robbery, or drug deal was likely to take place. I’d base my predictions on past incidents, where likely suspects resided, and which locations were prime targets for criminals.

Back in those days I was able to keep most of the information in my head. Today, though, I’m lucky to remember why I’m writing this brief article. Anyway, the first step was to get to know the residents in the neighborhoods I patrolled. In fact, I made it a point to park my car and get out and walk. I’d stop to chat with people sitting on their porches. I’d spend a little time talking to kids, and maybe even toss a football or two. And I’d put forth a special effort to engage in conversation with the known thugs of the areas. I wanted to make eye contact with them, and I especially wanted them to see the person who’d take them to jail if or when they committed an offense worthy of incarceration.

So time passed with me constantly adding information to folders inside my head, where my mental computer was hard at work combining all the facts and figures. Eventually, I had a narrow list of specific areas where specific crimes were likely to occur. And those, my friends, were the areas where I devoted most of my patrol time. It didn’t take long to see a decline in the number of B&E’s and robberies.

Now, this wasn’t rocket science by any means. And it’s not like every cop out there doesn’t already think this way. In fact, some departments have taken this method to the next level—CompStat.

CompStat is a computer program that’s remarkably similar to the software used to predict earthquake aftershocks. Using past crime numbers, CompStat is often able to pinpoint locations of future offenses (burglary and theft) and their location(s) to areas as small as 500 square feet (“boxes”). Armed with this incredibly accurate information, officers devote their spare time to patrolling the “box” locations.

Officers working a test division in LA have seen a 13% decrease in crime since utilizing CompStat. This is remarkable, especially when the rest of the department saw an increase in similar crime activity throughout other divisions in the city.

The ACLU has concerns that “predictive policing” using programs such as CompStat could result in racial profiling. I’m not exactly sure how, though, a computer could target a specific race by examining real-life crime numbers. It is what it is, wherever it is.

So, there you have it. A fancy-smancy computer program that predicts where a crime is likely to occur. What will “they” think of next? Will computers eventually run all police departments?

Who knows? Officers may someday show up for work, drop a quarter in the slot, and the fortune teller behind the glass points to a location on a map. After a few whirs and clicks, a little slip of paper emerges from a slot near the coin return. The note reads, “An armed robbery will occur at precisely 10:37 PM at the corner of 7th and Stickemup Street.” The officer looks at her watch—4:30. So she pulls out a copy of Lisa Gardner’s latest book and settles in to enjoy a few chapters until it’s time to head out to stop the predicted 10:37 robbery.

Is the day coming when everything is controlled by computer? Will humans forget what it’s like to perform manual labor? Will we eventually lose our arms and legs and convert to slithering around on our bellies like serpents?

Oh, wait. I believe that’s already begun to happen to a species living in the far corners and deepest, darkest places of the U.S. They’re called politicians, and they’ve been seen slithering around Washington for many years.

Don’t you sometimes wish there was a special delete button on our keyboards that would, with one push of the key, rid the world of all politicians? At the very least, a reset button that would allow the world to start over and maybe get it right the next time around.

Maybe CompStat can predict which politicians are better than others, if any. Or, is that asking too much, even for a machine and its software? Unfortunately, I think it is. 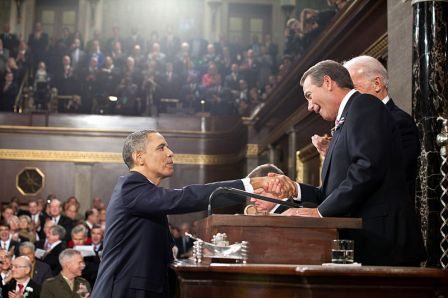