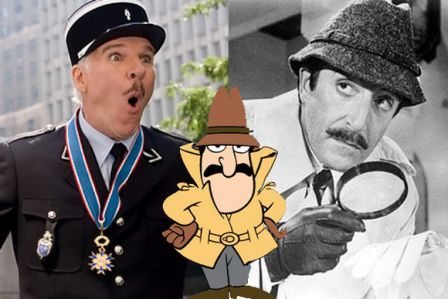 Why does almost every crime novel feature a muscle-bound, sharpshooting, fast-driving, marathon-running, cool-as-hell detective? What is it about the suit-wearing police officers that attracts a writer’s attention? After all, detectives are normally the last officers to see any real action. They’re rarely in shootouts. They hardly ever chase fleeing suspects. And they almost never get their shiny shoes dirty. In fact, their job is pretty mundane—see a body, collect some evidence, send evidence to a lab, talk to some people, evidence results return from the lab, get a warrant, arrest the suspect (or have a uniform pick him up), testify in court, and then start all over again. And many detectives have been on the job for years and years, NOT doing much more than the above, which may begin to take its toll—flabby muscles, poor shooting skills, slow reaction times, couldn’t run if they wanted to (and they don’t), and hot flashes.

Writers are actually going about this thing all wrong. Bass-ackward, as some of the old-timers on my old beat used to say.

Patrol officers are the guys and gals who see all the excitement—going toe-to-toe with 350lb crooks who refuse to be handcuffed, shooting it out with armed robbers, 110mph vehicle pursuits, chasing armed robbers through dark alleys, getting bitten by dogs, removing unwanted 20-foot-long snakes from beneath mobile homes, rescuing people from burning cars and buildings, performing CPR on unconscious and unresponsive drug addicts, climbing in a window after a burglary suspect, capturing prison escapees, wading into a street filled with drug dealers, gang members, and prostitutes, and rescuing tiny puppies and kittens. Now there’s the complete package—excitement and action along with a tender side. Who doesn’t love puppies and kittens, right?

So let’s explore this concept a bit further. Lots of people are attracted to fit men and women in uniform, right? 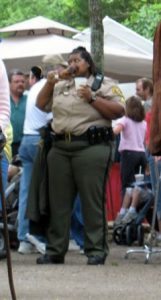 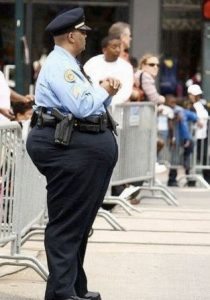 But how many people are attracted to older detectives who wear rumpled, out-of-style suits and scruffy facial hair? 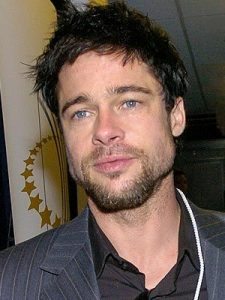 Ridiculous to even consider, right?

Patrol officers hit the gym regularly. They have to so they can match muscle-for-muscle with the thugs they arrest on a daily basis. Detectives, well, they do ride by a gym or two while on the way to their colorectal pre-surgery appointments.

Patrol officers hone their skills every single day. They’re out there in the trenches, staying sharp, looking sharp, and acting sharp. Investigators start their day in their offices, drinking a cup of coffee while solving the daily Jumble, using a pencil crudely sharpened with the pocketknife they carry for peeling apples. 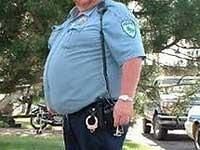 Uniformed officers are the front line officers, the “faces of the department.” Therefore, their hair is neatly trimmed, clothing neatly pressed, and shoes shined to glossy perfection. Detectives are often seen wearing t-shirts, old jeans, and sneakers. And the last time their hair saw a set of clippers was the time they spent an entire Saturday morning attempting to groom the family Lhasa Apso.

Patrol officers fight crime. Detectives wait until everything is over before “going in.”

Patrol officers rush into active crime scenes to save the victims. Detectives serve search warrants in the middle of the night, hoping to catch the bad guys while they’re sleeping.

So give this a little thought when you sit down to dream up a character for your next thriller. Do you go with bass-ackward tradition, or will your tale be facing a new direction?

Besides, who do you want saving your puppies, a fit, handsome patrol officer…

Or an out-of-shape, poorly-dressed detective? 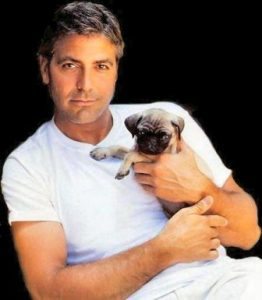 Sandra Orchard: How To Become A Better Suspense Writer In A Weekend
Scroll to top