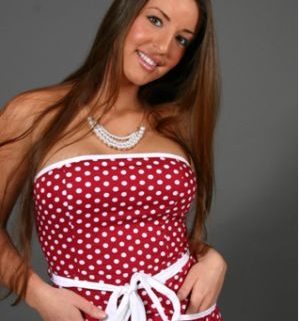 P.K. Dawning is a fifth generation Southerner, and as such, takes great pride in writing Southern Fiction. However, regardless of genre, all of her stories employ elements of romance, mystery, and suspense. During her attendance at Gadsden State where she majored in English, she received the Outstanding Student Award in both English Literature and Speech Writing. While studying Creative Writing with Berkley Prime Crime author, Taffy Cannon, she discovered her love for Crime Fiction and began working extensively with the Fayette County Sheriff’s Department to gain firsthand knowledge in police procedures and the day-to-day occurrences of law enforcement professionals.

Deputy Reserves: The Men and Women Who Hold No Reservations

The first piece of writing advice I ever received was from my college English professor, Dr. Julian Thornton. “Write what you know,” he said. And so I did, but picture books and sappy YA just weren’t enough to sedate my lust to embrace something darker. The longing to create something sinister and deadly -an intricate mystery- still nagged at me, and the storyline for my first thriller immerged. When I began writing PHANTOM INK I had absolutely no intentions of making police procedure a convoluted part of the plot. I thought, I can write a serial killer suspense novel without detailed evolvement of the police. Boy was I wrong.

When I realized there was no way around police procedure in my book, I did what any rational person seeking answers would do. Google! The search engine led me straight to Lee Lofland’s website, where I found his book, Police Procedure and Investigation. I read the book from cover to cover. I was intrigued. Still, I wanted more. I needed to understand the daily routine of police officers on and off duty. My interest peaked, I called local law enforcement agencies and requested interviews. Fayette County Sheriff Rodney Ingle agreed… perhaps a little too readily. In hindsight I recognize his eagerness for what it truly was: a chance to take a bookish college student and thrust her into the middle of the nitty-gritty world of law enforcement- not that I hadn’t ask for it!

I arrived in Fayette early on a chilly December morning. The ominous gray-bellied clouds blotted out any hope of sunshine, but did little to dampen my spirits. In a prim camel pants suit and low-slung heels, I walked with a purpose to the blonde-brick Sheriff’s Office. Sheriff Ingle was waiting. “Get in the truck. You can throw that notebook in the back. Won’t need it where we’re going.”

I did as I was instructed, scrambling into the jacked-up F150 with all the grace of a fish out of water. The unmarked truck thundered to life just as I was strapping the seatbelt across my waist. “Sign this,” he said, thrusting a clipboard into my hands. I slid my reading glasses on, eliciting an eye roll and sigh from the hulk of a man beside me. “It’s a basic release form,” he informed me without a hint of a smile. “Just says that if you die today you won’t sue the department.”

The corners of my mouth inched up into a sardonic half-smile. “If I’m dead, I can’t very well sue you, now can I?”

“Standard procedure,” he said, a ghost of a grin tickling his lips. “Law enforcement would be nothing without procedure.”

As we drove around, making routine traffic stops, the sheriff chatting with neighbors and friends, the small-town atmosphere gave me the impression of being on a set of the Andy Griffith Show, but I quickly learned there was mayhem in Mayberry. The rural, picturesque community is plagued by an ugly meth epidemic. Methamphetamine is a powerful central nervous system stimulant, often created in clandestine “labs” using over-the-counter medicines and household chemicals. 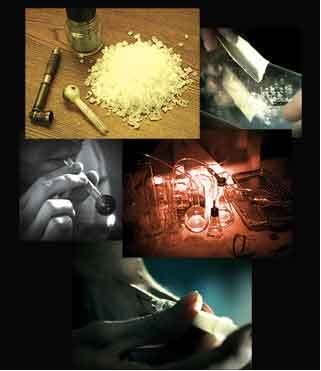 Around eleven the radio crackled and before I knew it we were on our way to bust a suspected underground lab. DHR (Department of Human Resources) had requested assistance in the removal of a child from a potentially harmful residence. My adrenaline kicked up a notch as we sped through town, lights flashing, to the dilapidated house tucked inconspicuously into a copse of live oaks.

“Potentially harmful” did not begin to encompass the filth and utter desolation of the home. My stomach roiled as the sheriff ordered me out of the truck. Three deputies rushed past us, hands hovering above their guns, ready for anything. An icy drizzle broke free as we neared the carport. I hung back with the two apprehensive DHR agents, not sure what to expect as the sheriff beat his meaty fist on the door. Clear plastic covered the windows, but an observant deputy noticed someone inside dumping a container of liquid down the drain. In a dizzying burst of chaos, the door was kicked open and the deputies ran in. The acrid smell of urine, body odor, and excrement wafted from inside, but it smelled different somehow. Like a mixture of cat urine and chemicals… like ammonia. Like sulfur. It was crystal meth.

After a short struggle, the two suspects were wrestled to the ground, cuffed, and stuffed into the back of an awaiting cruiser. The child, who had been lying naked in a puddle of her own urine, was safely removed from the home and taken into state custody. My heart crumbled as I watched them wrap her into a deputy’s jacket and drive away.

“For a moment, I thought I was gonna have to taze one of ‘em,” the sheriff admitted once we were back inside the truck. “That would have knocked him clean on his ass.”

How bad could it hurt? I wondered, and after voicing the question I found out.

A droll grin stretched across his face as I rubbed the tender spot on my thigh where the tazer prongs had been. “Halfway to becoming a reserve already,” Sheriff Ingle said, “Might as well come back and make it official.”

Reserve Deputies are duly sworn law enforcement personnel who work strictly on a volunteer basis to supplement the department and help the community. Although they often perform the same duties as paid deputies, they do not receive payment for their services. 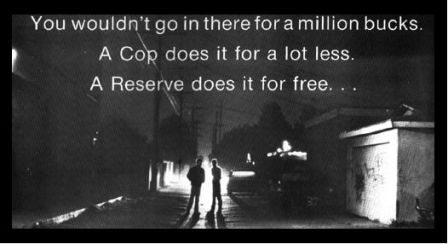 The requirements for becoming a Reserve vary for each department. While some require Reserves to complete the exact same training as fulltime officers, other departments are not so stringent. However, all Reserves are required to go through some form of basic training, which may include: firearms education, physical fitness, a background check, polygraph, psychological evaluation, and a written exam.

While chatting with a psychiatrist about the time you stuffed your neighbor’s cat into the mailbox may seem a bit extreme, the basic qualifications are pretty straight forward and are standard from most departments. You must have a high school diploma or the equivalent G.E.D. certification, must be a U.S. citizen, and at least 18-21 years of age (again this varies.) Any felony convictions and certain misdemeanors involving theft or moral turpitude may result in disqualification. 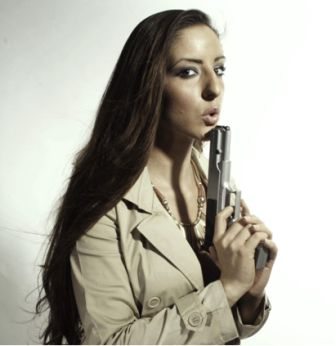 Being a Reserve Deputy can be a deeply gratifying experience and a great way to give back to the community, not to mention it’s pretty darn exciting. If becoming a Reserve is something you’re interested in, check with your local sheriff’s office for more information and specific requirements.
PHANTOM INK is P.K. Dawning’s first suspense novel, and was written in hopes of captivating readers with its suspenseful and enigmatic story of murderous revenge while immersing them into the often arcane world of law enforcement and providing a sense of Southern culture and history. The manuscript is currently being reviewed by agents. To learn more about P.K. Dawning or her novels visit her at www.myspace.com/pamyd or check out her blog at www.phantomink.blogspot.com.

*Disclaimer – Everyone, please handle firearms responsibly. The images in this blog are strictly for PR. DO NOT copy or imitate the actions/pose of the author. It is truly unsafe and could cause injury or death. The Graveyard Shift (and everyone connected with the site) does not approve of unsafe handling of firearms! The author of this particular post is not affiliated with this site. She is a guest blogger.