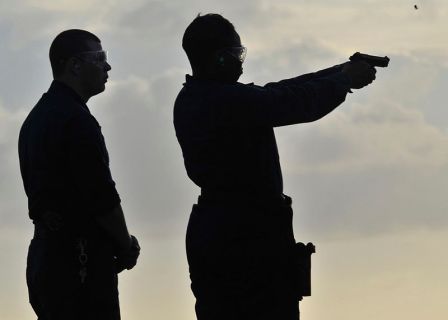 Gunshot residue tests, the tests used by law enforcement to determine if a suspect has recently fired a weapon, detect three elements—barium, antimony, and lead. If those three elements are present on the hands of a suspect, then it’s fair to say he’d recently fired a gun, or he’s been very near a gun when it was discharged. However, many manufacturers are no longer using lead in their products, and the omission of one of the three elements could render the current GSR tests nearly useless, especially if the weapon used in the crime has not been located (for comparison).

So, forensic researchers at Florida International University have developed a new method that can connect a shooter to lead-free ammunition. Instead of detecting the three standard elements, the new method of testing analyzes the entire “recipe” for the specific smokeless powder (NOT CORDITE) used in today’s ammunition. And, since each manufacturer has their own blend, well, it would be quite simple to match the power found at the scene to that found on a suspect’s hands.

Followon TwitterSubscribeto RSS Feed
8 Prisons That Might Be Haunted