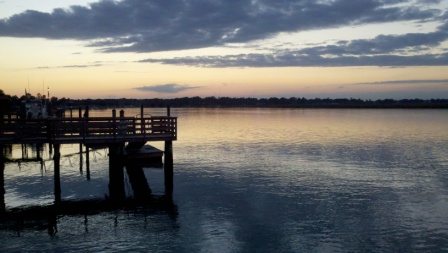 Living on the islands near Savannah, Ga certainly has its perks. The weather is great. The scenery is spectacular. Seafood is wonderful. Kayaking beside dolphins and pelicans is out of this world. And bizarre murder, well, it’s as plentiful as the fried shrimp on the buffet at Uncle Bubba’s/Paula Deen’s seafood restaurant out on Hwy 80.

For example, there was the recent murder of pretty 18-year-old Amber DeLoatch. This young woman was assaulted, strangled, raped, and then killed by her attacker, who then placed DeLoatch’s body in the trunk of her car and set it on fire.

Next came Jonathan Courson, the man who contacted authorities to say he and his family had been the victims of a horrific home invasion. When police arrived, they found Courson tied up with only a few small nicks and scratches on his body. Courson’s wife was also tied up. However, she was dead. Murdered.

Courson explained to police that two black males had forced their way into the house, tied up the couple, and then ransacked the place. Oddly, during the course of pilfering and general destruction, the two bandits allowed Mr. Courson to go upstairs to tend to his 2-year-old daughter. Then, once Mr. Courson was safely back into his bindings, the robbers killed Mrs. Courson, and left. Needless to say, Jonathan Courson has since been charged with the death of his wife. In another strange twist in the case, Courson was permitted to leave jail to attend his wife’s visitation at the funeral home. He was accompanied by the county sheriff.

And this brings us to the latest bizarre murder—the killing of Charles “Charlie” Ray. The case began when Charles Ray’s family called police to say that he had been missing since New Year’s Eve.

Charlie, they said, had Tourette’s Syndrome and needed his medication. So, police started their search for the missing man, learning that Ray had been in the company of Chad Moretz on New Year’s Eve. So officers decided to visit Mr. Moretz. 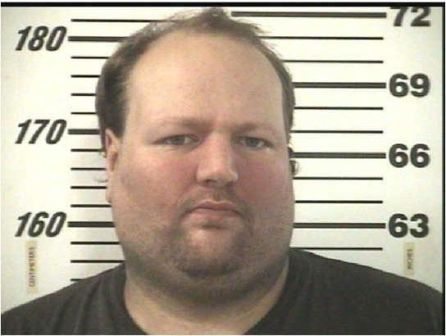 Officers knocked on Moretz’s front door and were greeted by Kevin Lambert, Chad Moretz’s brother-in-law. Lambert quickly told them that Chad was inside with his wife (Lambert’s sister, Kim) and that he had an assault rifle and was ready to shoot police. Officers  promptly pulled Lambert to safety and an hours-long stand-off with Moretz began.

During the stand-off, Moretz held his wife hostage, at gunpoint, and threatened to kill officers.

Finally, Moretz ventured out onto the porch and pointed the AK-47 at SWAT team members (at this point, dozens of officers had responded to the scene). In response to the immediate threat, SWAT opened fire, killing Moretz.

When investigators entered the residence they immediately noticed a terrible odor. While searching the home they discovered a severely bloodstained kitchen. And, an officer located Charles Ray’s severed head and hands in the attic. Further investigation led detectives to a storage unit in South Carolina, where they found the rest of Ray’s dismembered body parts.

Yesterday, Kevin Lambert and his sister, Kim Moretz, were charged with concealing a body. They are currently in jail under a $25,000 bond.

*Police later learned that Moretz’s mother had been murdered. Her killer? Well, this apple certainly didn’t fall far from the tree. In 2009, Moretz’s father used a .380 caliber Ruger handgun to kill his wife, Chad Moretz’s mother. In earlier police reports, Chad Moretz accused his father of abuse and trying to kill him.

So, my writer friends, please feel free to stretch your creativity when writing those plot twists, because there are no limits to the human imagination. Especially when it comes to murder…