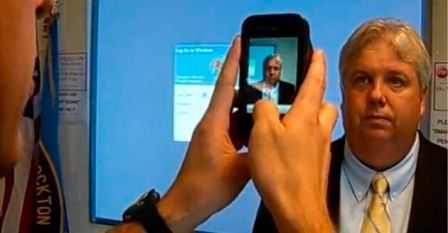 I cannot count the number of times I’ve arrested Jesus Christ…or Bob Smith, John Smith, I Dunno, Ain’t Got No Name, or any number of other clowns who offered false names, including the ever-popular, F!#% You. And sometimes criminals refuse to provide any name at all, which is just as problematic as locking up Jesus. (You know it’s not Him, but in the back of your mind you ponder that wee tad of uncertainty while waiting for a lightning bolt to zap you on the head).

Normally, a suspect has to be held until you’re certain of his identity. After all, he just may be wanted in twenty states for who-knows-what. Well, finally, there’s a solution to this thorn-in-the-side problem for cops. And the solution is a gadget called MORIS, a hand-held iPhone-like unit. 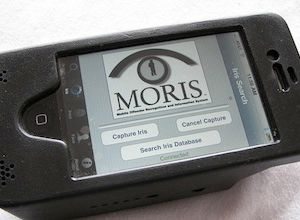 Make no mistake about it, MORIS is sharp. It uses a combination of iris and facial recognition to correctly identify a person. Of course, as with other ID technology, a suspect’s information must be in the database for a match to occur.

Imagine the day when everyone is required to submit to an iris and facial scan as part of a national database. Then, with MORIS units deployed in all public places, your every move will be mapped out. That’s right, somewhere out there while you shop, eat, and…well, whatever it is that you do, you’d better do it with a smile on your face ’cause MORIS will be watching…