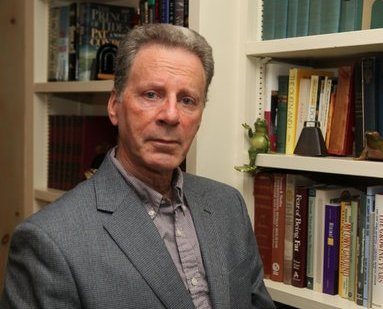 In June 1979, I received a call from a young man. When John and I met, he talked about his father. His dad was a rough-hewn man who belittled and humiliated John, whose self-esteem was crumbling steadily.

Though he was in his mid-thirties, John still lived with his parents. I soon realized John was dependent on his father. He even worked for him. It was quite clear: despite his protestations, John’s wish was to remain a “boy.”

We established a good working relationship. John opened up, and I could tell he trusted me. He said his father was a mob underboss in a Brooklyn crime family. I took this information in stride, thinking it scarcely mattered. After all, John was trying to grow up and leave the nest.

John told one anecdote after another about his relationship with his father; and we were making progress. John realized that despite resenting his dad, he fostered the situation with his father.

One evening in mid-July, John entered the consultation room with a knowing smile spreading across his face.

I waited, thinking something important—perhaps some kernel of insight—might emerge.

John was referring to a mob rubout of a few days earlier. On July 12, 1979, Carmine “Cigar” Galante, an acting boss in the Bonanno crime family, was dining on the patio at Joe and Mary’s Restaurant in Brooklyn. Suddenly, three ski-masked mobsters burst onto the patio and opened fire, killing Galante instantly. One bullet penetrated his eye.

Everyone in New York knew about the hit, since Galante’s photo had been plastered all over the daily rags: it showed Galante—dead as a doornail—sprawled on the pavement with his head resting against a low brick wall. Stuck in his mouth was his still smoking cigar.

John waited for my response.

I realized I was in a terrible situation. Did John’s father know he was visiting me? If so, what did he think John told me about the family business? After all, patients tell their psychiatrists many secrets. I suddenly realized no matter what was—or wasn’t said in our sessions—someone in the family could conclude I knew too much…about anything.

John looked questioningly at me.

“I can’t treat you anymore…”

“Why not, Doc?” John looked surprised and disappointed.

“Because I don’t know what your father or any of his associates think you tell me.”

“It’s just between you and me,” he protested.

“True. But other people know you come here, right?”

“And we don’t know what they think we discuss.”

John got the point.

That was the last session we ever had.

For some time afterwards, I looked over my shoulder.

* Article first published on February 7, 2013 by Mark Rubinstein, M.D. in Tales from the Couch

MARK RUBINSTEIN is a Huffington Post and Pscyhology Today blogger who grew up in Brooklyn, New York, near Sheepshead Bay. After earning a degree in Business Administration at NYU, he served in the U.S. Army as a field medic tending to paratroopers of the Eighty-Second Airborne Division. After his discharge, he went to medical school, became a physician, and then a psychiatrist. As a forensic psychiatrist, he was an expert witness in many trials. As an attending psychiatrist at New York Presbyterian Hospital and a Clinical Assistant Professor of Psychiatry at Cornell, he taught psychiatric residents, psychologists, and social workers while practicing psychiatry. Before turning to fiction, he coauthored five books on psychological and medical topics.  He lives in Connecticut with as many dogs as his wife will allow in the house. He still practices psychiatry and is busily working on other novels. To learn more, please visit www.markrubinstein-author.com.

Thirty years after escaping his hell on earth—a harrowing childhood in Sheepshead Bay, Brooklyn—Roddy Dolan is grateful to be living the life of his dreams. He has a successful, fulfilling career as a surgeon, a beautiful family, and a lovely home in Westchester County, New York. His past is now just a bad dream.

When he was young and living in Brooklyn, Roddy had an explosive temper and shady friends, which nearly landed him in prison at 17. If it weren’t for a compassionate judge and the Army, Roddy might have ended up going nowhere. But that’s the past, gone for good. Today, at age 45, Roddy is a different man—worthy of the respect he has earned. He is in control of his destiny and rage is no longer part of his life. Or, so Roddy thinks…until a character from his past turns up and re-evokes his long-buried “Mad Dog” alter ego.

A gripping, harrowing, and provocative psychological thriller, MAD DOG HOUSE (Thunder Lake Press; October 23, 2012,  12.99, 978-0-9856268-4-6), revolves around three men—Roddy “Mad Dog” Dolan; his best friend, Danny Burns; and Kenny “Snake Eyes” Egan—who grew up in hell together and never thought their pasts would come back to haunt them. Throughout the novel, Mark Rubinstein provokes people to think about the haunting power of the past and the demons lurking inside their loved ones…and perhaps themselves.

“In Mad Dog House Mark Rubinstein reaches out, grabs you and doesn’t let go until you’ve read the last page.”

“One of the best books I’ve read all year.”

“This is a very promising up-and coming author, who, I can tell has a lot more up his sleeve.”

“I was so engrossed in the plot that I felt I was one of the characters participating in the tangle of their lives.”

“The dialogue was gritty and the story was filled with twists and turns.

I didn’t know what would happen until the very last page.”

Hotdog Murder: Taking The Last Bite Out Of Crime
Scroll to top