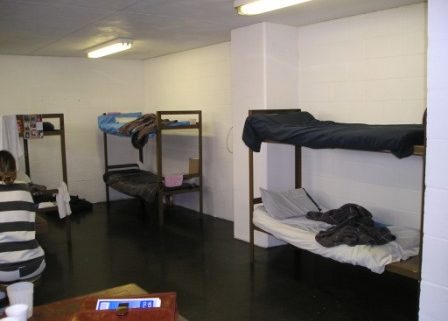 Mr. “Smith” served two years in federal prison for committing a minor drug crime. A first offense after maintaining a squeaky clean record his entire life. A crime for which he takes full responsibility and, quite frankly, lives his life in shame because of it. He says it was totally out of character for him. Federal prosecutors, however, thought otherwise.

Here’s his story as told to me.

Mr. X – Sure, I’d heard all the stories of “Bubba” cornering weaker inmates in the shower, forcing them to do God-knows-what. I’d also heard of guards mistreating prisoners, both physically and mentally. I heard talk of horrible food and practically nonexistent medical care. And, of course, we’ve all heard of prison gangs, racial tensions, filthy, crowded living conditions, shot-callers, fighting to survive, stabbings, shanks, chain gangs, rape, and the rampant use of drugs.

I’d conducted quite a bit of online research about “how to survive” in prison. Well, most of those “helpful” hints only served to enhance my already raw nerves. Honestly, I didn’t know what to expect, but I prepared for the worst. What I found was far different than what I’d read and what I’d been told.

Due to the minor nature of my offense and my lack of a criminal history, I was assigned to a federal prison camp out west. To qualify for a camp the inmate must have less than ten years to serve, no history of violence, and no escape attempts at other institutions. So off I go to “camp,” but I certainly wasn’t expecting marshmallow roasts, smores, and ghost stories. Instead, I was expecting the worst.

My first impression of the place was of the climate and setting—extremely hot, a very large sun directly overhead, bare soil, rolling tumbleweeds, and not a tree in sight. And because of the flat land, I could see for miles and miles to the point where the earth met the deep blue sky at the horizon. Oh, and I certainly don’t want to forget to mention the double rows of fencing topped with miles of looping strands of razor wire. It truly looked like hell on earth. My heart sank.

Then we rounded the curve, and I couldn’t believe my eyes. It was like an oasis in the middle of the desert. The camp lawns were lush and green, beautiful shade trees were scattered about, sprinklers spewed cool water on the grass and onto a variety of well-maintained gardens. Plants of all shapes and sizes added splashes of brilliant color to the landscape. The concrete buildings seemed like centerpieces in Oz. What a stark difference between the camp and the main prison, the gloomy place I first saw as I entered the compound.

I made my way up the sidewalk and marveled at the meticulous way four inmates were hard at work pruning an array of gorgeous rosebushes surrounding the office building. I was also amazed that there were no fences, and not a guard in sight. I was shocked to see two prisoners whiz by on a golf cart, scooting along toward the main prison until they were nothing more than a dot on the horizon. Again, I marveled at the fact that they were alone. No guards, meaning they could have puttered away without a soul to stop them.

I went inside. A man wearing a coat and tie, an expensive ensemble, completed by a flashy blue tie and wingtip shoes, was headed outside. He stopped just long enough to pat me on the shoulder and to say, “Good morning, sir.” He must have thought I was an employee instead of a brand new prisoner who was about to self-surrender to begin a very long two-year sentence. I stepped up to the window and was greeted by a slender woman wearing a gray uniform, the standard attire for the officers working for the private company managing the facility.

I figured the smile would vanish once she learned the purpose of my visit. Instead, she remained friendly and chatted with me about everything from rodeos to the kindergarten play her daughter starred in the preceding weekend. A male guard entered the rear door. I knew the niceties were about to end. Again, to my surprise, he was equally as friendly, and even helped me carry my belongings to my new home, a huge dormitory. He introduced me to the officer in charge of the building to which I was assigned, and he introduced me to my new roommate (the dormitory housed over two hundred men, but was divided into two-man cubicles). There were three TV rooms, a laundry room with washers and dryers, a separate section for microwaves, a multipurpose room with ping pong tables and a large TV for watching Friday night movies. The bathroom was divided into separate, enclosed stalls. Same thing for the showers. And the place was spotless. Not a speck of dirt to be seen. I couldn’t believe my eyes. And, it was so quiet you could almost hear a pin drop.

My bed, the bottom tier of a metal bunk bed wasn’t my bed at home, but it was fairly comfortable, and the pillow was large and fluffy. The blankets were white, and looked like someone’s grandmother had crocheted several hundred of them just for the camp. The sheets were clean, crisp, and smelled of fresh laundry detergent.

Before I had time time to unpack and settle in, a few men stopped by to welcome me, and to ask if I played tennis, bocci, soccer, and one even asked if I played a musical instrument. They asked because each of those things were available and the “guys” were always searching for new talent to round out their teams and bands.

After a brief orientation period I was allowed to put in a request for one of the many jobs available on the compound. I had an assortment to choose from and I was eager to do so since the staff picks for you if you don’t select something. And I didn’t want to get stuck washing dishes or picking up trash. So I signed up to work in the gardens, and within a couple of days I was summoned to the office for an interview with the person in charge of the horticulture program. He hired me on the spot, saying that I’d earn 12 cents per hour with the opportunity to earn small bonuses along the way.

Soon, for less than a dollar a day, I was busy planting and tending to flowers, pruning shrubs, managing a couple of greenhouses, and, it wasn’t long before I was assigned to making fresh flower arrangements for all the prison offices. I also was tasked with delivering my creations to both the camp staff offices and to the main prison, which meant I was given the freedom of traveling, via golf cart, up the road to make my deliveries. Those short jaunts were like a breath of fresh air. I almost felt free again.

I joined four bands, playing bass guitar in a mariachi band, drums in a classic rock band and a gospel/church group, and bass guitar in an extremely good jazz band. The talent in that place was amazing. I also spent a good deal of down time reading every book I could get my hands on. Well, reading for pleasure came second to studying for college courses in business and horticulture. I’d developed quite a knack for gardening and wanted to expand my knowledge as much as possible. In fact, the warden asked me to design and re-landscape the areas around the camp entrance to make the place more appealing to visitors.

I’d lost a lot of weight during my time there in the camp. Actually, I’d gotten into the best shape I’d been in since my high school days. I was up to walking 10 miles around the track, and I could do pushups until the cows came home. I felt good and, since I had access to all the vegetables and fruit I could get my hands on, I ate well, and I ate as much as I wanted. After all, we raised nearly everything under the sun in our gardens, from fresh strawberries to tomatoes, cucumbers, squash, asparagus, and melons.

Sure, camp life was okay, if you had to be in prison, that is. It certainly wasn’t Alcatraz. But not a minute went by when I wasn’t thinking of my family and what I’d done to them and to my life. I had it pretty easy for those 24 months. Back at home, though, my wife was struggling to survive on her meager income. Three kids in school, a mortgage, car payments, summer camps for the children, karate classes, dance, piano, and, well, you get the idea. While I was busy picking strawberries and sitting in the shade snacking on cool watermelon, my poor wife was heading off to work the second of two part-time jobs cleaning houses and waitressing, just so she could keep the lights on. All that, of course, came after working her full-time job as an administrative assistant for a loan company.

I knew she was struggling, yet she never failed to send me $20 each week so I could purchase a few treats, such as ice cream, cookies, and batteries for my radio.

Sure, I was in prison, but she was the one doing all the suffering, and I’ll never forget it. Never.

Mark Rubinstein, MD: All In The Family – When A Patient Reveals Too M...
Scroll to top