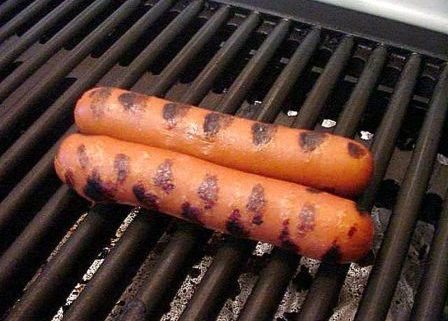 Solving a murder case is sort of like working a jigsaw puzzle in reverse, starting with a whole picture—the puzzle-parts all in place. Investigators then begin to pick apart, examine, and scrutinize those individual sections, one-by-one, hoping to quickly locate and identify key pieces.

All murders have them, you know—those oddly-shaped pieces that lead detectives to MOM—Motive, Opportunity, and Means. Then, with a killer’s MOM firmly in hand, detectives should easily be able to identify the person who possesses those all-so-important elements…the murderer. Simple, huh? Well, that’s not always the way it works out. Actually, more often than we see in the always-solved cases in our favorite whodunit novels, real-life puzzles are often missing a vital element or two.

For example, I once worked a case—The Great Hotdog Murder of ’91— that started out as a nice Saturday noontime lunch, with twin brothers enjoying all the hotdogs they could eat, their favorite meal. To the teens’ delight, their father had fired up the charcoal grill and, within a few minutes, the two boys were busy wolfing down dog after dog without wasting the time or energy to bother with buns or forks. Instead, they used their fingers to grab the tube steaks, dragging them through dollops of yellow mustard before nearly inhaling the processed meat sticks.

The grill-marked dogs disappeared at an equal rate, one each per hungry mouth. But dear old dad tossed a monkey wrench into the works when he decided he’d eat one, leaving an unfortunate odd number of piping hot all-beef weiners on the platter. Therefore, the eldest brother (by three or four minutes) was highly offended when his twin grabbed the last dog and quickly chomped off nearly half with one bite.

Knowing that dear old dad kept a loaded revolver in the top right-hand drawer of the buffet, the elder and now dogless twin, grabbed the gun and fired a round into his brother’s forehead, killing him in mid-chew. When I arrived, the dead twin still clutched a bite-size piece of hotdog in his hand. His murdering brother sat at the table waiting patiently for police to cart him off to jail. No tears. No emotion. Just a matter-of-fact, “He shouldn’t have grabbed the last hotdog. He knew I don’t play when it comes to my food.”

Yes, those cases are easily and quickly stamped “CLOSED.” However, when murders are committed by strangers, well, that’s when investigators begin to find a piece or two missing from the puzzle. Such as, cases where racial and ethnic minorities are deliberately killed. Those cases are far less likely to be solved than, say, when any child under the age of 5 is murdered. In those instances, the killer is identified approximately 90% of the time. This is so, because in murder cases involving younger children, the child killers are usually a close family member, or a friend of the family.

How about female murder victims as opposed to male? Well, according to a Scripps study of FBI reports, homicides involving women are solved three-fourths of the time, as opposed to two-thirds in cases involving male victims.

Cases involving prostitutes, gang members, drug dealers, and/or runaways are extremely difficult to solve, because the victims in these cases are in a higher risk category than, say, soccer moms, preachers, teachers, and business people.

In cases of stranger on stranger murder…well, they’re the most difficult to solve.

Then, there are the cases involving lover’s spats and cheating spouses. Those cases are solved nearly every time (98%).

Alcohol or drug-related fights ending in death—90% of those cases are solved by police. And, ethnicity is not a factor in these cases. It is also not a factor in cases of lover and spousal fights that end in murder.

Strangely, when women are the victims of gang-related murder, well, those cases are highly unlikely to be solved.

So, I guess the lesson to be learned from all these facts, figures, and other information is…always share the last hotdog, especially if you are a female gang member who sidelines as a prostituting drug-dealer.

Followon TwitterSubscribeto RSS Feed
Mark Rubinstein, MD: All In The Family – When A Patient Reveals Too M...

Southland: Under The Big Top – A Review
Scroll to top