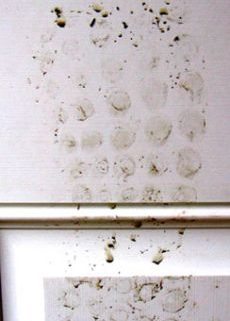 Like all investigators, I’ve solved hundreds of cases, and many of them were real head-scratchers that involved tons of leg-work, phone calls, laboratory analysis, fingerprinting, and interrogations. But out of all the cases, one really stands out in my mind. And it does so because of the reaction it brought from the brand new, still-wet-behind-the-ears detective who was riding with me that morning. He’d asked to tag along to learn the ropes from one of the “old guys” who still believed that knocking on doors and talking to people actually solved cases.

We received the call, a B&E, at 8am, before I’d had a chance to down my daily cup of jail coffee (I liked to stop by the county jail for morning coffee and a “BS” session with a few of the deputies there). The jail coffee was horrible, but the company was great—a bunch of crusty old-timers like myself who remembered the days when every cop carried a leather SAP in their back pocket, and actually used them on a regular, as-needed basis (SAP – a flat, lead-filled blackjack-type weapon).

The B&E had occurred at a local business sometime during the previous night. The thief had kicked in a rear door and removed several hundred dollars from the manager’s hidey-hole beneath one of the display counters. Nothing else was disturbed, and nothing else was missing. The thief clearly knew what he wanted.

My first reaction was to wonder why the midnight shift patrol guys hadn’t seen the wide-open door and broken jamb. My second was to examine the large footprint (explaining how I knew the crook was a “he,” unless somewhere out there was a gigantic woman with flippers for feet) beside the still-locked doorknob. The third was to ask the manager, a young woman with her long, straw-colored hair pulled back in a ponytail, if she remembered anyone in particular who’d shopped there the day before. She rattled off a few names of the customers she knew by name, but went on to say that the store was very busy and there was no way that she could remember everyone. I understood, but my attention had already zeroed in on one of the names she mentioned—I. Will Steel. I’d arrested Mr. Steel a few times over the years for various small-time crimes, including B&E.

I walked back to the door, crossing a checkerboard of red and white floor tiles, to have a look at the shoe print again. My young partner was busy taking photos, dusting for prints (inside a store that sees hundreds of customers each week), frantically writing down everything anyone said, and stepping on my heels…constantly.

After having a final look at the door, I told the manager that I had everything I needed and that we’d be in touch very soon. Then I told the rookie to pick up his toys and get in the car. I had someone I needed to find and talk to, right away. He looked puzzled, but did as I asked and tossed his little fingerprint kit, camera, impression evidence kit, and other junior G-man tools onto the back seat. When he finally slid into the passenger seat I couldn’t help but chuckle and told him to have a look in the mirror. His pasty-white face was now smeared with black fingerprint powder. In fact, he had so much powder there that he sort of reminded me of Dick Van Dyke’s chimney sweep character from Mary Poppins. 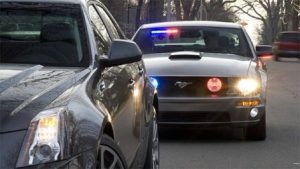 So we pulled out onto Main St. heading south and had traveled, oh, maybe five blocks when I quickly made a U-turn, turned on my blue lights and siren, and stopped an old, beat-up foreign-made car. I jumped out and was standing at the driver’s side of the rusty jalopy before the rookie had a chance to open his car door. I asked the driver if he’d please step outside a moment so I could talk to him about a very pressing matter. He did.

By now, my partner had managed to clean himself up a bit and was standing beside me when I asked the driver to hold up a foot so I could see the soles of his shoes. He did.

Then I asked the driver to turn around and face his car, with his hands behind his back. I handcuffed him and told him he was under arrest for the B&E of the little store down the street.

My partner just stood there with a deer-in-the-headlights look on his face as the man, I. Will Steel, calmly said, “Yup, I done it, but I was gonna pay her back.”

Later my inexperienced partner asked, “How could you have known?”

“Well,” I said. “It was an easy case to solve. Steel had been in the store the day before. He’s known for committing petty crimes—”

“But the shoe print…you hadn’t taken it for analysis. There was no real proof.”

“No, but it was close enough for probable cause,” I said. “And the little pink-haired troll hanging from the rear-view mirror gave us PC for the traffic stop. But,” I added. “It was the look on Steel’s face when we passed him on the street, the ‘I’m guilty’ look, that sealed it for me. And that look is something you’ll have to learn to recognize. Oh, and he had a hand-held police scanner lying on the front seat. He’d heard that were there and was going to drive by to see what we were doing. I don’t know why they do that, but they do. Can’t resist.”

“But the most important element that solved this case is one you’ll really learn to rely on during your career.”

“What’s that?” he said bringing out pen and paper again, because I really had his attention at that point.

“Luck,” I said. “It’s something that needs to remain in the top drawer of your toolbox. Believe me, in this line of work you’re going to need it. And lots of it, too”

*My former partner continued on to become a fine investigator and is now “top brass” with a police department in a major U.S. city. He claims to now know “the look” and relies heavily on luck.

Followon TwitterSubscribeto RSS Feed
A Day As A Detective: A Twenty-Four Hour Ride-A-Long With Me

A Few Of My Heroes
Scroll to top