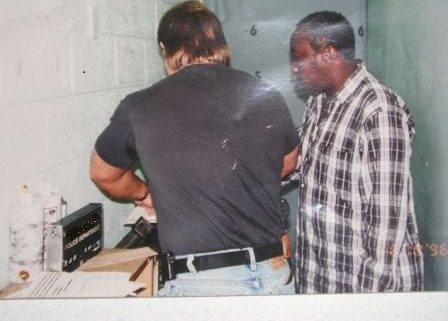 As was the norm in those days, my alarm clock sounded a little less than five hours after I’d closed my eyes. The day before was a long one, and this one, like all the others, would be no different. There was a world to save and I felt as if I were the cop assigned to the task. Looking back, I know I tried hard, but it was like spitting into the ocean. Ignorantly, I plowed forward anyway.

I was up at 5:30 am, just in time to see the sun rising over the tin roof of my neighbor’s house. I like sunrises and sunsets, my favorite times of the day. But this particular sunrise had come much too early for my liking.

A hot shower was usually all it took to recharge my batteries. Well, that, and a couple of long sips of Diet Coke and two brown sugar and cinnamon flavored Pop Tarts. Didn’t do much for me this time. But I had a lot on the schedule. I had to get moving.

This was a day I had carefully mapped out in the preceding weeks—dope buys, surveillance, etc. There was a large marijuana field I was going to bust, and a certain crack dealer was going down later that night. I had search warrants to write, informants to meet, a raid team to assemble and brief (I never told anyone about my operations until it was time to move. No leaks that way), searches to conduct, pot plants to pull, tons of evidence to bag, tag, and inventory, arrests to make, and, well, you get the idea. A busy day was ahead.

I dressed in my “trod-through-the-woods clothes”, old jeans, t-shirt, and jump boots, complete with my nylon belt, the one with the Velcro fastener. That belt made wearing a gun a real breeze. You simply slide the holster on it and then press the hook and loops together. Not even a problem after over-indulging on a hefty Thanksgiving Day meal. Nope, fits every time. And it easily held the weight of a fully-loaded SIG Sauer without the usual sag that often occurs while wearing a leather belt and gun (watch a plainclothes cop and you’ll sometimes see them pulling up on their gun due to the its weight pulling down on the belt and pants).

Anyway, by 6:15 I was climbing into my unmarked car, signing 10-41, our code for “I’m officially on-duty now.” At 6:40 I parked in my personal space behind the PD and walked the fifteen steps to the back door where I hit “the button” that was positioned beneath a large security camera. After having a good look to see who was at the rear, private entrance, the dispatcher buzzed me inside. I walked through a large room with hideous green tiles covering the floor, and made my way through the maze of old metal desks that served as a single office for the patrol officers on duty. It was here that they brought in their night’s catch—drunks, robbers, rapists, thieves, and murderers—for questioning and processing. The uniforms also completed their paperwork in the “green room.” And, they met there at the beginning of each shift for muster, to receive their daily assignments and briefings. The green room was, however, almost always empty when I passed through at that time of the morning.

By 9am I’d completed the search warrants and affidavits and was on my way to the magistrate’s office to raise my right hand and swear that the information I’d typed  was true and accurate to the best of my knowledge. Two hours later, a raid team—20 officers, all dressed in camouflage—had assembled in the Green Room and were listening to my instructions. Within an hour after leaving the office in a parade of unmarked and marked police vehicles, our team “hit the woods.” I’d been watching the plot for several weeks, so it was no surprise to me when we finally, after hiking for quite a while through thick brush, poison ivy, and goldenrod, came upon the plants…hundreds of them. But a few of the officers seemed quite impressed at the operation—pallets of fertilizer (Miracle-Gro, a pot-grower’s favorite), creek-fed, elaborate watering systems, top-of-the-line tools, generators, and a guard dog tied to a tree. Some of the plants were 14-16-feet tall. Somebody had a real green thumb.

Well, no sooner than we’d begun pulling the plants, I got a call. I was needed at a murder scene. Then, a couple of hours later, or so, while I was wrapping up at the homicide, I received another call. One of the traffic officers had stopped a car and found what he believed was the mother lode of cocaine. Turns out he wasn’t far from wrong. But I’d barely finished up there when my radio crackled again. “Officer needs assistance!” Yep, I was quite close, so I headed over to help handcuff a guy that had pretty-much gotten the best of one of our female officers. She’d attempted to arrest him on a warrant, but he decided to punch her in the nose, first. The officer and I went a few rounds with the man before finally getting the cuffs on his thigh-size wrists, but not before adding another quarter-size dent in the hood of her police car. 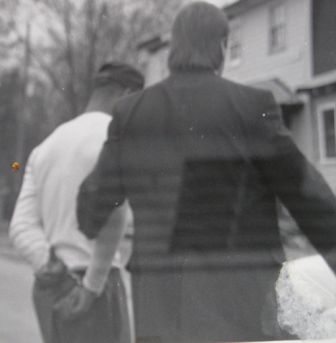 Oh, by the way, have a look at the hood of some police cars. Those quarter-size dents are not from hail damage. Nope, they’re actually nose-prints left by people who resist arrest.

By the time I finished with the “officer-needs-assistance” call, the raid team had wrapped up and was heading back to the office. It was nearly 3pm. So I, too, headed to the office to begin writing the search warrant and affidavit for the drug dealer’s residence. But, on the way back to the office my radio sounded off again. “Shots fired. Man down. Rescue is on the way. Are you close?”

Yep, I had a world to save, but not enough time in the day to do it. And you know what? It’s the same world today. I should’ve spent more time with my family. Hey, maybe I should’ve taken the time to write a book…

*By the way, the above photo was taken sometime around 3 or 4am (within the same 24-hour period that we raided the pot field), after I’d served the search warrant on the crack dealer’s house. I must’ve been exhausted because I forgot to remove my pistol while fingerprinting one of the suspects. A deadly no-no. Notice how close his left hand was to my weapon. I was lucky, I guess, that he was as tired as I was.

Luck: The Other DNA
Scroll to top