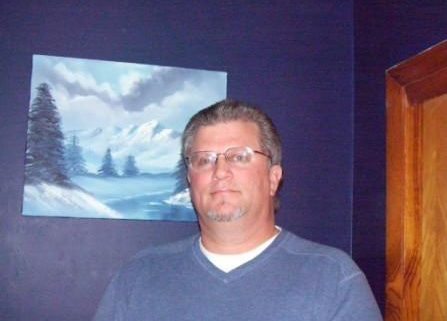 Here is one exception to the Fourth Amendment’s prohibition against warrantless searches and seizures that has seen a lot of daylight in the courts. Several things tend to set vehicle searches apart from searches of homes or buildings. One is the “exigent circumstances” under which officers may find themselves when confronted with the decision to search or not search a motor vehicle. In other words, something must be done now, or, because of the car’s mobility, any contraband/evidence may get away if an officer waits to get a warrant.

An officer conducts a vehicle search.

Another factor that the courts have cited in vehicle searches is the lesser “expectation of privacy” that a person has in a vehicle operating on public roads, than in their home or place of business. Finally, courts usually extend a “stop and frisk” type attitude to any part of the passenger compartment of a vehicle that a driver or passenger can reach.

Officers may search the area immediately accessible by the driver of a vehicle.

Of course, the officer still needs to be able to articulate probable cause. There it is again, that phrase that is so important to what a law officer does day in and day out.

An inventory search is the search of a vehicle that has been impounded. In other words, it has been seized or towed to police headquarters, or an impound lot, for reasons ranging from involvement in a crime to overtime parking. Inventories are often taken of items found in vehicles, both for the security of the impound facility and the safety of the property of the vehicle owner. The courts have generally held that inventories can be made of such vehicles, and any evidence found is admissible in court, as long as it is done with every impounded vehicle, and not just when police may have a special interest in a particular car.

Officers cannot pick-and-choose which impounded vehicles to search. Either all vehicles are searched, or none.

And what happens if an officer conducts what the court may later determine is an illegal search? According to the exclusionary rule the courts have adopted, no evidence obtained in an illegal search is admissible in court. However, recent rulings have dictated that if it can be established that officers honestly believed they had probable cause, the evidence may be admissible.

Officers must effectively articulate their justification for probable cause.

Pretty clear, huh? You can imagine how confusing it can get for an officer at times, especially when an officer stops a car with four individuals at three in the morning on a dark street and it’s time to make decisions that other people will have hours to dissect from the safety of their offices.

Officers have to make split-second decisions without advice of counsel.

Search and seizure laws are complicated and can be confusing. Confusing to the police officer, but a gold mine for the crime writer. As you can well guess, one minor detail can completely change the complexity of a case. Sometimes, cases can hinge on that one piece of evidence that is inadmissible in court because of the exclusionary rule. When that happens, the bad guy in your novel can “get off” on that technicality, which puts him back on the street and your detectives pulling their hair out and looking for ways to right the wrong. And from there, let the creative juices flow!

An overlooked detail can cause investigators to feel like pulling out their hair.

*The Graveyard Shift extends its thanks to the Lt. Dave Swords for taking the time to be with us this week. We hope you’ll come back, soon. Enjoy all the snow shoveling, Dave. We also thank the FBI for use of the photos in today blog. Britney’s photo was just out there for all to see, so we borrowed it.