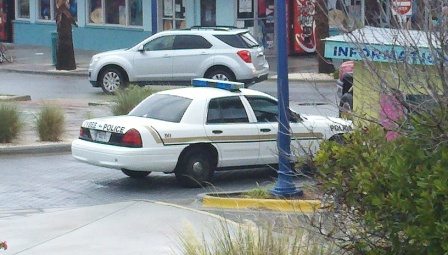 License plate readers are the new “big thing” in the crime-fighting arsenals of many police departments. The devices—Automatic License Plate Recognition (ALPR)—can capture data from thousands of plates each day. Basically, an investigator could use the data to track a person’s every move, from driveway to work, to the grocery store, to the library, to a rendezvous with a lover, and then back home.

Some towns are using the devices to locate vehicles belonging to citizens who owe outstanding taxes and court fines, delinquent water and sewer bills, etc. Then, when the vehicles are found, crews “boot” the cars until the owner pays his debts.

Recently, the town of Tybee Island, Georgia planned to purchase two license plate readers at a cost of $28,750, and install them at the Hwy 80 entrance to the island. If you’ve ever had the pleasure of visiting Tybee you know there’s only one way on and off the island, and that’s Hwy 80. Therefore, the readers would have captured plate data from every single vehicle that entered and/or exited the island. In addition to recording data on visitors, there would/could be an official documented record of the comings and goings of each permanent resident.

Tybee Island police chief Robert Bryson had requested the purchase of license plate readers numerous times in the past, stating they’d be a great investigative tool for his department. However, city officials desired the license plate readers for purposes other than to gather information for law enforcement investigations. Instead, they wanted to compile visitor data, hoping to chart spending and marketing trends from out-of-towners. In other words, Tybee Island wants more money in addition to the mega-bucks they rake in from the parking meters located at every possible spot across the island. There is not one place to park on the island that’s free. Not one.

Some have wondered if there’s been an idea to use the gathered data for marketing purposes—to send vacation advertisements and other mailings to past visitors? There’s been no public mention of this, but the information would be available.

Sure, the plate-reading devices could possibly help to increase revenue by tracking visitors, while at the same time alerting police to stolen vehicles and maybe a bad guy or two or three. But the voting public—the residents of Tybee—let it be known that they absolutely did not want the police or elected officials tracking their movements. So, council abandoned the idea of purchasing the license plate readers and instead opted to purchase an $8,000 vehicle counter that will be embedded into both lanes of Hwy 80. I guess officials are eager to spend some of those parking-meter quarters.

Anyway, it seems as if Tybee police will have to continue solving crime by relying on basic law enforcement tactics and training to solve cases. So, for now, it’s back to normal… 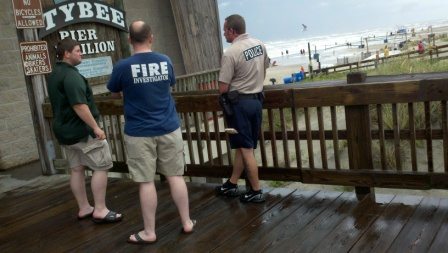 Waste Not, Want Not…And Then There’s The Government
Scroll to top