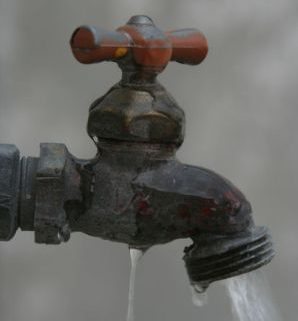 We, as good citizens of the U.S. of A., try our best to conserve natural resources. We recycle. We do what we can to reduce food waste. We turn our thermostats up a notch in the summer and down a click or two in the cold winter months. We drive smarter vehicles, such as the hybrid Lincoln my wife drives—no more idling on gasoline power, and it basically runs on self-generated electricity when driving at speeds of 45mph or slower. Actually, I understand there’s a mandate coming in the future that will require all cars to idle gasoline free.

Global warming, either man-made or naturally occurring, is a very real threat to the planet. By the way, I’ve yet to understand how global warming is a political issue. Are donkeys more sensitive to permanent climate change, or is it the thick skin of the elephant that prevents the large beasts from sensing changes in the weather? Could it be that elephants can see the future and know everything is going to be okay, while donkeys are nothing more than stubborn mules stuck on the notion of climate change? Who knows.

Either way, our government tells us to conserve. Don’t do this, don’t do that. Read the signs. You know, waste not, want not.

Well, methinks it’s time for the government to follow it’s own directives. For example (and this one really burns my biscuits), the Department of Defense had this really cool idea to use a blimp to fly intelligence missions. The craft was to carry 2,500 lbs. of surveillance equipment—cameras and other spy-type equipment—and the birthday balloon with thyroid troubles was to lumber through the skies for up to three weeks at a time.

I have to question the logic of using an overgrown Thanksgiving Day parade balloon as a secret spy craft. I’m pretty sure our enemies would notice it crawling slowly overhead, even on a cloudy day. 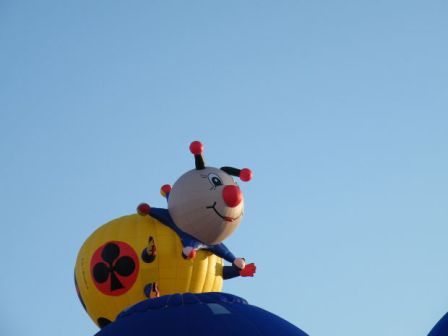 You couldn’t miss it. After all, it was seven stories tall and a football field long. It. Was. Huge!

Anyway, the DOD spent just under $300 million on the Kevlar-covered blimp (contractors built it for approximately $300,000), officially known as the Long Endurance Multi-Intelligence Vehicle (LEMV).

The LEMV was handed over to the DOD in a ready-for-action state. But things went downhill from there. The craft was soon over 12,000 lbs overweight (pork weighs a lot, you know) and the project was scrapped after one 90-minute test flight. The DOD sold the big balloon back to the contractor for $300,000. Not a bad deal for the balloon-maker. Built it for $300k, sold it to the U.S. for $300 million, and then bought it back, pocketing a little over a $299 million profit.

So, this major fiasco and loss of taxpayer dollars joined another failed military purchase—a $211 million airship the Air Force trash-canned.

This sort of thing really angers me. In fact, I’m thinking about tossing a piece of plastic in with the regular garbage this week as a form of protest. But that would be stooping to their level. Instead, I’ll have a look at the daily news. Maybe something there will help calm my nerves. Let’s see, there’s…

– a possibility of electromagnetic-pulse attacks

– some U.S. cities require subscription to emergency services – you don’t pay the fee, they’ll let your house burn down

Finally, and this is the scariest of all…Pamela Anderson cut her hair and is now a pixie-cut brunette. Now I’m sure our world is doomed. How will we survive?