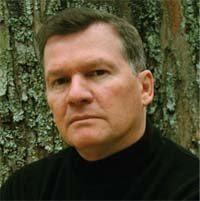 John is a native of Atlanta, GA. His interest in police work began at a very early age. His father was a physician in Clayton County near Atlanta. Dr. Fedack was the county physician so if a county deputy or even county prisoner was hurt or sick he would treat them. His father had a deep respect for law enforcement officers yet he treated the prisoners fairly and with compassion.

So after hearing stories about the deputies and tales from WW11 when his father was a doctor in the U. S. Navy John understandably wanted to try law enforcement as a career. After his education at Woodward Academy (previously a boy’s military school) and the University of Georgia, John starting working at the university police at Georgia State University. He quickly rose to the ranks of Detective Sergeant and stayed there for three years. But, he always wanted to work at DeKalb County Police.

Nationally recognized for their training and equipment, DeKalb County was in the vanguard of departments. Joining the department as a uniform patrol officer, John got an incredible education on surviving on the street as a cop. This was the late 1970’s and today we recognize this was one of the most violent and dangerous times to be a police officer. In the four years John was with DeKalb County four officers were killed in the line of duty. During his tenure, John worked uniform patrol and stakeout teams. He received many letters of commendation from the Director of Public Safety for bravery and exceptional police work. But, after the tragic shooting of a good friend John decided to leave the department. Coincidently, the night of the shooting, John had taken the night off. The officer who was shot was in John’s usually assigned territory.

After leaving police work, he accepted a position with Crum & Forster, a Xerox company. John was trained and began selling an accounting software package and this was his foray into technology. In the 1990’s and until 2006 John was employed in the legal software arena. In November 2006, he left software to devote fulltime to writing and managing the Liz Chandler marketing effort.

Liz Chandler, the protagonist in this series is a compilation of female’s officers that John knew and worked with for many years. ‘Protecting Sharks’ is a fictional account with many true life situations weaved into the story. John is currently on a sequel and has four additional stories in the series in the works.

John explains where he got the idea for the Liz Chandler character. ‘The first night of roll call at DeKalb County Police in 1976 I looked around and noticed something very striking. I was only 5’8″ and maybe 150 lbs. Almost all of the other patrolman were at least six feet and built like football players. Then I noticed three or four female officers and I thought to myself if I feel like a fish out of water what could they possibly be thinking. But, is it not an exaggeration that all of the women were dedicated and very brave. They had to be because they were working from a disadvantage being in a male dominated world. Many of the females became good friends and sometimes my most trusted partners.”

As far as why did John begin writing, there is a scene in the first chapter where a sadist attacks a helpless shark. John actually witnessed that real-life incident on St. Simon’s pier and that savagery was burned into his memory. A few years later, he thought why not write a book about a female officer who sees the same sight but she does something about it and the Liz Chandler series was born.

The date was August 2, 1976 and at 4:00 in the afternoon I was standing in the roll call room and started my first shift as a rookie cop. I looked around. There were 50-60 officers lined up for inspection. As an aside, there were only 4-5 female officers. These days some departments have 40% female officers. Please see my website for more thoughts on female officers. www.protectingsharks.com

Starting that evening I rode for 8 weeks with a Patrol Training Officer before I entered the 18 week DeKalb Police Academy. I wanted a job that would be different and even exciting at times. Well, like they say, I got the bonus plan. But those stories can be told another day. Mr. Lee Lofland asked me to write about the equipment that we carried in the 1970’s.

Take a close look at the car. It was heavy and fast. There is a blue spoiler on the hood – not for decoration, but because the engines ran so hot! 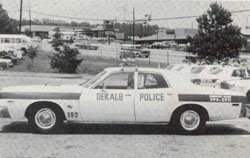 The Motorola radio signal bounced off repeater towers in the county and every time the signal hit the tower the radio made a beep-beep-beep sound. After awhile you completely tuned it out. A very few of the cars had computer terminals. Now almost every car has a terminal and/or laptop computer to communicate with and to write your reports on.

The first two years we did not carry walkie-talkies. When you got away from your car, you were unable to communicate. Many, many nights everyone held their breath until an officer came back on the radio. Today the officers have walkie-talkies, cell phones and some carry recorders on their belts to record what happens on the street.

For the entire time with DeKalb I carried a 6 shot service revolver; a Colt .357 magnum Trooper with six additional cartridges in an ammo holder.

Also, I carried a hand cuff case, a ring for my night stick and that was it. My pistol holster only had a small leather strap to secure the pistol. By today standards this was suicide. In 1980 one officer was killed, another shot and severely wounded when a perpetrator grabbed one of their guns and shot them both. That could have been me. I was on vacation that night and that was my patrol beat. Very quickly, I brought a black jack for my back pocket. I wore a back up pistol and carried as much ammo for my service revolver as I could get away with.

My brother-in-law is a Marshall for Fulton County and I looked at his duty belt last week. His service pistol is a Glock model 23 that holds 16 cartridges and he carries two extra magazines for a total of 46 shots!

He also carries a Taser (a wonderful way to subdue someone without deadly force), a walkie-talkie, pouch for rubber gloves, handcuff case, an ASP baton, a small but very powerful flashlight and pepper spray. Oh yeah, he wears a bullet proof vest. We were strongly discouraged from wearing them as it would give us a Superman complex and we might act in a stupid or dangerous manner. (?)

After 2:00 a.m. there were usually 18-20 cars to cover 270 square miles. It is no exaggeration that some nights your nearest back up was 30-40 miles away. You handled the situation or it handled you.

Which brings me to what else we carried in the cars for officer protection. Every patrol car had an Ithaca 12 gauge shotgun in the trunk. I was given a small box of 5 buckshot rounds. I carried two boxes of shotgun shells next to the shotgun. In the days before civil liability was such an issue a lot of officers bought their own rifles. I saw AR 15’s, Ruger Mini 14’s, Eagle .45 (looks like a Thompson) and a few carried Winchester 30-30 deer rifles. A friend on mine carried an H & K assault rifle in .308. Almost everyone gave him a hard time until we had a barricade situation and he almost single handedly drove the bad guy out of the house with the furious barrage of bullets from his H & K assault rifle.

I was very proud to be DeKalb Police Officer. 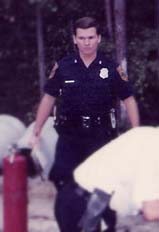 At the time we had the best equipment and undoubtedly the best training. The FBI reports the late 1970’s was perhaps the most dangerous times for law enforcement officers in American history. Drugs were becoming a major problem, the criminals did not fear the police like in earlier times and the criminals were beginning to carry automatic pistols. That meant sometimes you were grossly outgunned.

Even after all the terrible things I witnessed and losing three fellow officers while I was there I am still glad I was a cop. I have close friends who are still there or recently retired. And whenever I see a patrol car with someone pulled over I slow down to make sure everything is OK. I am older, heavier and slower but I know I will get out of my car and try to assist that officer if they need help. It is either in your blood or it never will be.