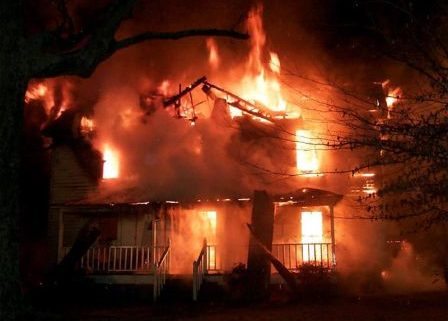 Some crimes seem to come and go with the times. They’re the in-thing at the moment, like bell bottom pants, platform shoes, and Sarah Palin. Eventually they all go away.

(Calm down. It’s just a joke. I’m sure former the former governor/former political candidate is a lovely person when she’s not shooting wolves from helicopters 🙂

Here are three of the hottest crimes out there today. Be aware!

“The Foreclosure Bail Out”

A homeowner who’s behind on house payments receives a call from a really nice person who offers to buy their home (for mere pennies) and then lets the cash-strapped, former owner live in the home. The homeowner is also given the option to buy back the home at a time when things are better financially. However, the moment the “renter” falls a second behind on the rent, they’re given the boot.

A homeowner who’s behind on mortgage payments is approached by a helpful company that promises to eliminate their mortgage. That’s right, they promise to wipe the slate clean by using some magical paperwork only known about and used by the wealthy. For a low, low, one time fee the company offers to save the day. Of course, after a few months of not paying the mortgage, the banks steps up to foreclose.

Financial Fraud of the Elderly

This one has been around forever and shows no sign of leaving. People take advantage of the elderly in various ways, such as the man who posed as a doctor, luring seriously ill people to other countries for treatment. According to the FBI, this so-called doctor received over $500,000 from patients and over $2 million from investors.

* To help combat these, and other crimes-on-the-rise, the government has allocated over $1 billion to the DOJ (Department of Justice) COPS program to add 5,500 new police officers to departments across the country. COPS is the Community Oriented Policing Services program.

Mr. X: How I Survived in Prison
Scroll to top