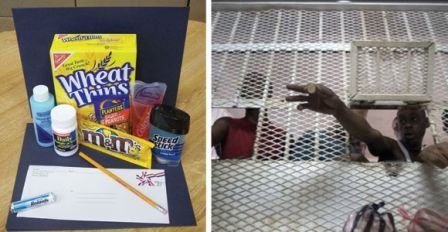 Mr. X is a former business professional who comitted a crime that landed him in federal prison. He’s out now and has agreed to share his story with the readers of The Graveyard Shift. We’ll do this in a series of interviews.

GYS: Thanks for taking the time to share what must have been a difficult time for you and your family. I’ll dive right in. What were the circumstances that ultimately led to your arrest?

X: It’s embarrassing to have to tell it. I’ll start by saying I was ill at the time. I had a mental problem, I guess you’d call it. My doctor gave me all sorts of drugs that were supposed to help me, but didn’t. They just screwed up my wiring – my thought processes. Anyway, to this day I still say I would have never done anything wrong had it not been for the assortment of antidepressants and pain pills. Still, I did what I did and I accept the responsibility for it. I wish I could change it, but I can’t.

GYS: And what was your crime?

X: I bought some cocaine to sell. I needed money. You see, I couldn’t hold down a job and my wife was struggling to make ends meet. The medicine and depression wouldn’t let me think properly. Either I’d get fired, or I’d quit for some crazy, unjustified reason. All I had on my mind was the feeling those little pills offered. At the time, I think I’d have married a bottle of Hydrocodone. I loved them that much.

GYS: How long did your life of crime last?

X: I didn’t make a very good criminal. My entire crime spree lasted about a week. I bought the cocaine to sell, but chickened out. I couldn’t sell it. But someone who was involved in the transaction was already in trouble with the police and told them about me to help themselves out of their own jam.

GYS: Tell us about the arrest.

X: As it turns out, the person who told on me was an informant for a federal task force, so, needless to say, I was surprised when my house was raided by a team of FBI agents along with state and local police. There must have bee fifteen or twenty officers involved in the raid of my home. All for less than $100 worth of cocaine.

GYS: Seriously, that’s all you had?

GYS: What were your charges?

X: Possession of a controlled substance (cocaine) with the intent to distribute and obstruction of justice. The obstruction charge was later dropped. I think the feds automatically add that one to make you confess.

GYS: Why do you say that about the obstruction charge?

X: Well, they threatened to arrest everyone in my family – my wife, kids, and mother – if I didn’t confess. And if I didn’t admit to the crime then they’d let the obstruction charge stand, and that’s a minimum of a ten-year sentence. I had no choice at the time. Plus, they applied this pressure prior to my talking to an attorney, which I understand is perfectly legal. But let me again stress that I was indeed guilty.

GYS: So what happened next?

X: Gosh, it’s all a blur. Let’s see. I was handcuffed, placed in the back of a police car, driven to a remote jail about two hours away, fingerprinted, strip searched, de-loused, and placed in a jail cell. It was a real shock to me. I’d never even had a traffic ticket.

Oh, my family had no idea where I was, or what had happened. They were away when the raid took place – at work and in school.

This was also the time when I learned that I was a drug addict. Withdrawal symptoms set in a few hours after I was in the jail cell. The next couple of days were pure hell, for many reasons.

My only contact with humans was through a small slot in the middle of a steel door. I begged for help, but that door wasn’t opened again for three days. I did see a couple of hands twice a day when they shoved a food tray through the slot. But the person wasn’t allowed to talk to me.

Someone, a federal agent, finally came to get me on the third day. He took me to a federal courthouse for a bond hearing. My family was there, but I wasn’t allowed to speak to them. I don’t know how they knew to be there. I was denied bond. Why, I don’t know – this was a first offense, and a $100 dollar offense on top of that. So I was hauled back to the jail cell.

On the ride back, shackled like Charles Manson – handcuffs, waist and leg chains –  I realized just how lovely trees, flowers, and the sky really are, even though I was seeing them through a steel screen. I also realized how important my family was. I’d taken a lot of things for granted in my life.

So, I wound up back at the jail, which I learned also doubled as a holding facility for federal prisoners. I was there for two more weeks until my wife scraped together enough money – $25,000 – to retain an attorney to represent me. Federal court is really expensive. He managed to get another bond hearing. I was released on my own PR, but I wasn’t allowed to go home with my family. I had to stay with a relative in another city because the prosecutor said I was a threat to my community. For $100 worth of drugs that I never took or sold!

Anyway, I remained there until I went to court.

* Please join us for the next post when Mr. X talks more about life in federal prison.