September 1, 2013 – Sergeant Derek Johnson was shot and killed when he stopped to check a parked vehicle. Before Sgt. Johnson was able to get out of his patrol car, the suspect, a transient with an extensive criminal record, opened fire. Later, the suspect shot his female acquaintance and then shot himself. The two were living out of the vehicle.

Sgt. Johnson is survived by his wife and seven-year-old son.

September 5, 2013 – Corporal Van Perry suffered a fatal heart attack soon after arresting a shoplifter. He is survived by his wife, daughter, and two sons.

September 9, 2013 – Trooper Paul Butterfield was shot and killed while conducting a traffic stop. The shooter was later wounded during a brief shootout with police officers.  He and his wife were both taken into custody.

The shooter’s father, a former police officer, said his family is incredibly remorseful of the actions of his son. “The worst day of my life,” said the father of the cop killer.

September 8, 2013 – Deputy Michael Neil Freeman succumbed to injuries received in an automobile crash during a pursuit in 2007. The suspect rammed Deputy Freeman’s patrol car from behind, pushing it into oncoming traffic where it was struck by two vehicles.

As time went by, Deputy Freeman’s condition had deteriorated to the point where he was totally bedridden and dependent on a ventilator.

He is survived by his wife and three children.

September 11, 2013 – Deputy Sheriff David Allford was killed in a single vehicle crash while responding to aid a trooper who was battling a combative suspect. He is survived by his wife and two children. 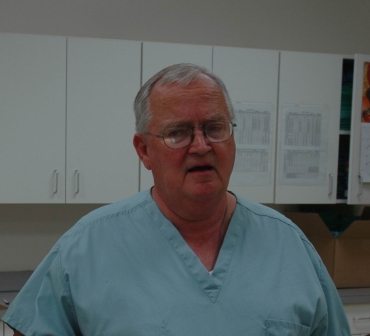 Those of you who attended our very first Writers’ Police Academy, held in conjunction with the Mad Anthony Writers Conference in Hamilton, Ohio, will remember Butler County Coroner Dr. Richard Burkhardt.

It’s not often that people enjoy a tour of a morgue, but we writers are a special bunch, and Dr. “B” knew what it is that writers need to bring life to stories about death. He generously took time from his extremely busy schedule to answer our wacky questions, and he always did so with a smile, and a twinkle in his eye.

Dr. B provided much of the information for the autopsy chapter in my book on police procedure. He was also instrumental in providing details for the true crime tale I published last year, a case that truly touched his heart.

He was my friend, and a darn good friend at that. After all, how many people would welcome a phone call at 5:30 AM from someone who says, “We had a murder last night and we’re starting the autopsy in a couple of hours. This one will be of interest to writers. You want to come over?”

Well, there’s nothing in this world can compare to watching an autopsy before having morning coffee or tea, but I’d never pass on an opportunity to learn from one of the best in the business.

The last time I saw Dr. Burkhardt was during breakfast at a little hole-in-wall diner in Hamilton.
The waitress knew to bring him his usual morning meal and before I had the chance to speak he told the young woman to bring me the same. Then he began my research with a “story.”

You see, Dr. B was never without a story to tell, and he shared those tales with the timing of a professional comic. He liked to make people laugh and he was good at it.

He was also good at finding a way to speak for the people who’d left this world at the hands of others. His cases were personal. He spoke of murder victims as if they were each one of his good friends. He never left a stone unturned. If he didn’t know the answers he’d call in an expert who did. Killers had to be caught, and if there was any way humanly possible Dr. B would see to it that they were.

Much of Dr. Burkhardt’s life was devoted to finding justice for those who could no longer speak for themselves. He was darn good at what he did, and he served his community as coroner for over three decades. He also served as chief of staff at two local hospitals.

Dr. Burkhardt left us a few days ago, and the world is now a little darker without that unforgettable twinkle in his eyes.

Both the law enforcement and writing communities have definitely lost one of the good guys. 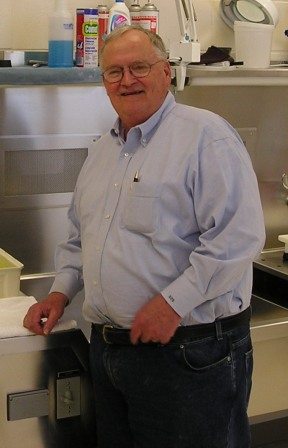 WPA: The Other Writers Conference
Scroll to top