October 7, 2011 – Captain John Haddock was killed when he was struck by a suspect’s vehicle while deploying spike strips. The car, driven by a burglary suspect and his accomplice, was traveling at 100 mph when it struck the officer.

Captain Haddock is survived by his wife and two sons.

October 12, 2011 – Patrolman Derek Kotecki was shot and killed as he and his canine, Benny,  approached a wanted suspect at a fast food restaurant. 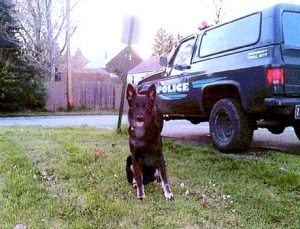 Benny was uninjured during the incident but refused to leave his handler’s side and had to be muzzled. The suspect fled the scene, but was shot and killed during an exchange of gunfire with other officers.

Patrolman Kotecki is survived by his wife and two children.

October 13, 2011 – Officer Trevor Slot was struck and killed by a bank robbery suspect while attempting to deploy stop sticks. While traveling at speeds over 100 mph, the suspects opened fire on the pursuing police units with a shotgun and rifle. It was during this time when their vehicle struck the officer. Officer slot is survived by his wife and family.

Followon TwitterSubscribeto RSS Feed
Lisa Black: Another Glamorous Day In The Life Of A Forensic Scientist