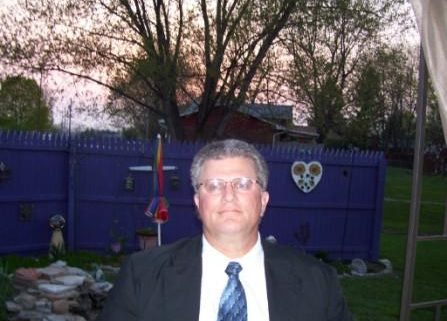 Lieutenant David Swords (ret.) is a thrity year veteran of the Springfield, Ohio Police Department. Nearly half of Lt. Swords’ police career was spent as an investigator, working on cases ranging from simple vandalisms to armed robberies and murders.

David is the author of a novel, “Shadows on the Soul.” He and his family live near Springfield.

You have the right to read this blog. If you give up that right – you’ll be sorry!

Anyone who has watched American television for the past forty years can probably recitethe Miranda warning as well as most veteran police officers. You know the routine. Sgt. Joe Friday facing down a wisenheimer suspect, little white card in hand, and spewing out the warning most cops, and half the sixth graders in this country, can say in their sleep.

You have the right to remain silent. Anything you say can and will be used against you in court.

You have the right to speak with an attorney and have an attorney present with you during questioning.

If you can not afford to hire an attorney, one will be appointed to represent you before any questioning, if you wish

Now, for those who might be interested, I typed the above warning from memory, and it’s been over four years since I’ve given it to anyone. It is nice to know my brain hasn’t completely atrophied.

So, where did the Miranda warning come from?

Contrary to what some may believe, Miranda’s first name was not Carmen. No, no, that was the hootchy-kootchy girl with the fruit salad on her head.

The Miranda referred to in the famous Miranda warning was Ernesto Miranda, who was arrested in Arizona in 1963 for rape and kidnapping. He was convicted, based mostly on his confession, but subsequent appeals went all the way to the U.S. Supreme Court. The Court overturned his conviction in 1966 and issued the now well-known Miranda decision, which basically said that persons being questioned by the police should be advised of their Constitutional right against self-incrimination and their right to speak with a lawyer. They must also be told that, if they are indigent, they can have a lawyer appointed to represent them at no cost to themselves.

Miranda was retried and convicted using other evidence that the police had, and was returned to prison. He was paroled in 1972, but his freedom was short lived. Miranda was knifed to death in a barroom cutting scrape in 1976. In what some might call poetic justice, the man taken into custody as a suspect in Miranda’s killing was given his Miranda warning, decided not to answer questions, and was eventually released. It is my understanding the case remains unsolved to his day. Oh, well.

Are all Miranda warnings the same from state to state?

As I mentioned before, the 1966 Miranda decision was primarily concerned with the right to remain silent, the right to a lawyer, and the right to a government appointed lawyer for indigent persons. The court did not dictate how these rights must be conveyed to a suspect, but only that the person be so advised prior to questioning.

I won’t get into where the familiar word-for-word Joe Friday recitation came from, but suffice it to say that at one point it was all standardized in the familiar warning.

States and agencies can add to, or try to simplify, the warning, as long as the basic warnings are in place. Many agencies add something to the effect of “having these rights in mind, are you willing to talk with me now?”

As for what warning the detective may use in your story, you may wish to call a police agency in the jurisdiction in which your story takes place to find out how they do it. One good way to do research in that area might be to get yourself arrested and see what the police say (just kidding!)

When must the Miranda warning be given?

Remember, if your story takes place prior to 1966, you need not include the Miranda warning. It did not exist prior to that year.

The basic rule of thumb for when Miranda must be used is when a person is suspected of a crime and being questioned while in custody. Usually, custody means at the police station, but a person can be in custody anywhere, even in their own home. What the court will consider is what the police said or did that may have made the person believe they were not free to leave. A person may even feel free to leave from the station house. It’s all in the details.

What happens if a suspect invokes his right to remain silent or wants to talk to a lawyer?

If a suspect decides to invoke their right to remain silent, usually by saying something to the effect of, “I ain’t got to talk to you, and you can’t make me,” then you may not continue questioning. You may never re-attempt questioning. The suspect must be the one to reinstitute contact.

When do the police NOT give Miranda?

Have you ever seen a TV show where two uniformed cops chase down a suspect, tackle him, cuff him, and as they are leading him away, one starts reciting Miranda? When you see that, know that officers all over the country are reaching for the remote and switching to “Dancing with the Stars.” You only read Miranda if you are going to question a person concerning a crime. If you see the crime committed, what’s to ask? And you will certainly wait until things calm down if you do wish to question the person.

I can’t tell you how many times I arrested someone and before they were booked into jail, they complained, “You never read me my rights.” To which I answered, “No, and I’m not going to either.” That always made them happy.

Also, any statement a person makes without being prompted by a question, a spontaneous outburst, if you will, is admissible without Miranda. This is a fact lost on some inexperienced officers. Often I have heard officers stop a person that has started to make such a statement to read them Miranda. You feel like choking someone in that situation, and that could make a nice little aggravating episode for your protagonist investigator.

As with all matters of law, I have covered about a tenth of what I could concerning the Miranda warning. In a nutshell, it must be read before custodial questioning of a suspect. If it is not, any statements could be inadmissible in court. Of course, that could put a mad killer back on the street for your detective to hunt down.