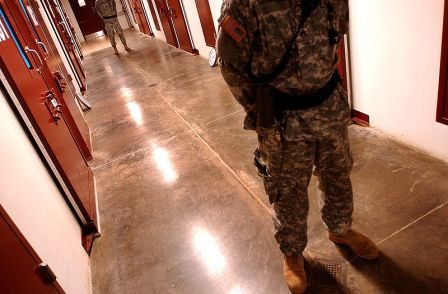 A stockpile of military grade firearms and homemade explosives. Kill military leaders. Assassinate the president. Overtake an entire weapons supply at a U.S. army base. Overthrow the U.S. government. Bomb a landmark fountain in Savannah, Georgia.

Sound like a the makings of a Tom Clancy novel? Actually, it’s a real-life, on-going case that police and military officials have recently uncovered in Georgia. And it all started a few months ago when the dead bodies of a young soldier, Michael Rourk, and his 17-year-old civilian girlfriend, Tiffany York, were located on a rural path near Savannah.

Investigators have now learned that Rourk and York were brutally murdered because they each knew too much about a militia group with plans to commit terrorist acts against the United States of America and its leaders. Plans that included the assassination of President Obama. To further “twist” this story, the members of the militia are all current active-duty U.S. soldiers stationed at Fort Stewart, in Georgia.

FEAR (Forever Enduring Always Ready) is the name of the anarchist group headed up by Private Isaac Aguigui. And it was Aguigui who ordered the “hit” on Rourk and his teenage girlfriend, when Rourk decided to leave FEAR and the military to settle down in civilian life with his bride-to-be.

Worried that his plan, The Awakening, was in jeopardy, Aquigui instructed Pvt. Christopher Salmon and Sgt. Anthony Peden, along with Pvt. Michael Burnett, to “silence” the couple. His justification for murder? Because Rourk’s departure from the military, and the group, posed a serious threat to the success of the mission.

Burnett, who has agreed to testify against the other members of FEAR, told investigators that Rourk was also suspected of taking money from the group’s general funds, money that’s used to purchase weapons and bomb-making equipment.

The soldiers have been arrested and are awaiting trial. The investigation is on-going and has a trail that leads all across the country, including one business in Washington state where FEAR members purchased weapons. Officials believe they’ve thwarted this group’s immediate plans; however, they are aware that FEAR members had planned to band together with other militias across the U.S. to carry out the The Awakening.

Tiffany York’s mother, Brenda Thomas, now must live with knowing that a U.S. soldier shot her teenage daughter in the head, execution-style, and then, as she lay in the dirt bleeding, he reached down to check her pulse. She was still alive so he fired again. Those were the words she heard from Pvt. Burnett during the preliminary hearing.

Convoluted stories, such as this deadly true crime tale, are perfect examples of how one crime can lead to many others, once detectives begin their methodical poking and prodding.

Sometimes it’s the tiniest piece of evidence that reveals total chaos. And with groups like FEAR operating within the boundaries of one of our own military bases, well, that’s where nightmares and novels begin.

Adulteration Is Agin’ The Law…Ain’t It?
Scroll to top