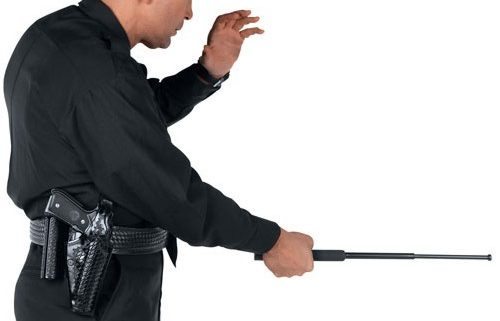 Expandable batons are composed of a hollow outer shaft and two or three inner telescoping shafts. The tip of the smallest shaft is solid which increases the user’s striking power. The most recognizable name in expandable batons is ASP, which is actually the acronym for Armament Systems and Procedures, Inc., a company that manufactures and sells police equipment. The ASP baton became so popular among law-enforcement officers they began to refer to all batons as ASPs.

To extend the weapon to its full length, the officer simply draws the baton from its holster while making a striking motion. The baton will be in its ready position at the end of the movement. 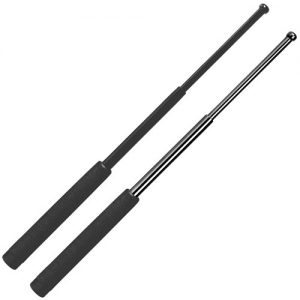 Expandable batons are available in several lengths, such as 21 and 26 inches. 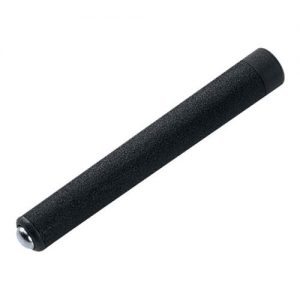 Telescoping batons collapse to an easily manageable six to ten inches which allows the officer to comfortably wear the baton on his duty belt while seated in a patrol car. This was nearly impossible with the standard non-collapsible night stick. 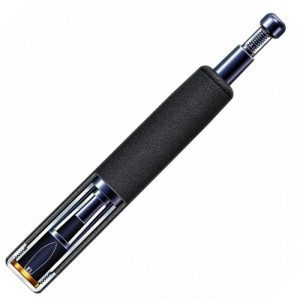 To return the baton to its collapsed position the officer must tap the end of the handle (butt) on a solid surface, such as a table top or sidewalk (no, not a suspect’s head) to release the locking mechanism. Once the lock is released the baton instantly returns to its carry position. 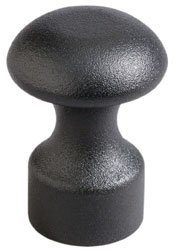 Expandable baton users can change the end cap on the ASP to improve handling and increase the strike delivery speed. The leverage cap pictured above causes the user’s little finger to act as the fulcrum for the baton which also increases impact potential.

Head strikes are NOT permitted with any baton.

Expandable batons are available in a variety of finishes, such as black chrome for tactical use, polished chrome for high visibility, and… 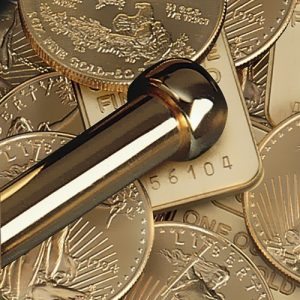 Expandable batons are also available in 18k gold finish as gifts or awards. 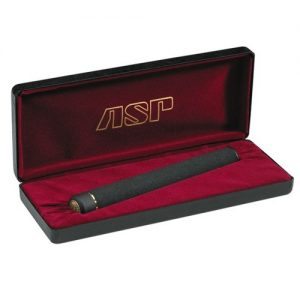 (Thanks to Armament Systems and Procedures, Inc. for the images )