Officer Smiley Face is on foot patrol in the lower east side of Deathtrap, Texas, where the rowdiest of all bars are located. The area there is well known for its drug traffic and gang activity, and there’d been a number of assaults on police officers in recent weeks. So Officer S. Face is already on high alert when he passes a suspicious young man hanging out at the corner of Kick and My Butt. The two exchange eye contact and, after mumbling a few words to himself, the guy falls in step behind the officer.

Is Officer Smiley Face expected, by law, to fight a fair fight? Must he stand there and exchange punches and kicks with the thug until the best fighter is left standing? Of course not. Police officers are expected to win every single encounter. They should never lose a battle. Not ever. Their goal is to arrest all suspects and bring them in to stand trial.

But, suppose the attacker is bigger and stronger? What if there’s more than one attacker? If the bad guy is a better fighter? What then?

Well, all of the above are the reasons officers operate under the “1-Plus Rule of Thumb,” which simply means that officers, under normal circumstances, are allowed to use one level of force above the amount of force used by the suspect/attacker/adversary.

What about an encounter such as the one Officer Smiley faced in the paragraphs above? The man was unarmed and he began his attack at close range. What is Officer Face allowed to do to defend himself?

Well, if the officer feels that his life is in danger he is permitted to use deadly force. But in Face’s case he probably wouldn’t have the time or opportunity to reach one of the weapons on his duty belt. Not at first, anyway.

So here are some options officers may want to consider when faced with deadly force encounters while empty handed. The same tactics could be used by citizens to defend themselves against an attack. 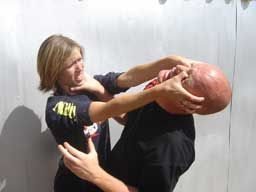 Eye Gouge – Use your palms to guide the thumbs to the eyes, and always use the thumbs when applying this technique. Never a finger. Thumbs are capable of delivering more force than fingers. Besides, fingers break easily as opposed to the sturdier thumbs. But you can use the fingers to grip the head, which helps to provide even more force from the thumbs. A properly applied eye gouge almost always results in the suspect releasing his grip on you. 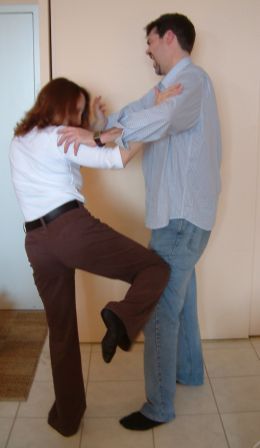 Knee Strike – A knee strike to the groin, gut, or the large muscle of the thigh, can be a devastating blow. A huge amount of force is generated by this technique, and that force translates into lots of pain for your attacker. 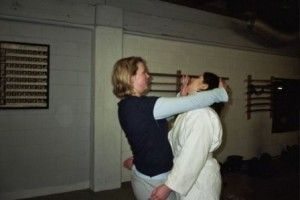 The Head Twist – This one’s a little tricky because you could actually kill your suspect if you’re not careful. BUT, if the officer is fighting for her life, then so be it. 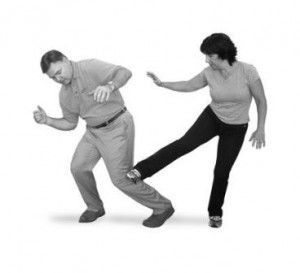 Kick To The Knee – It’s very easy to break a knee, therefore a good kick to it can put your attacker out of commission in a hurry. After all, it’s tough to fight while standing on one leg. It’s also difficult to escape custody with a broken knee. Not many suspects are able to successfully hop to freedom. 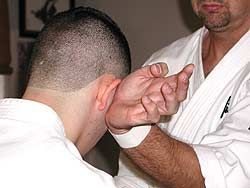 Palm-Heel Strike To The Ear – This one is quite painful. Makes ’em see stars and bright white lights. It could also make them release the choke hold they have on you.

Remember, these are NOT the techniques police use to control suspects—arm bars, wrist locks, and come-alongs. These are empty-hand tactics and techniques used when fighting for survival. Officers should use ONLY the amount of force necessary to control a suspect/situation.