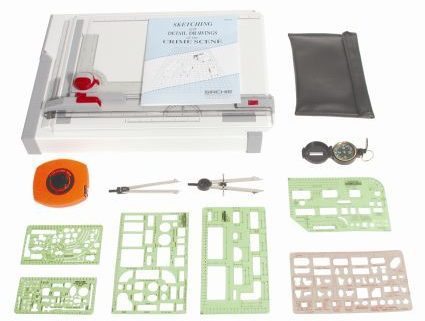 Composite sketching has been around for longer than most people think. The first drawing system for the purpose of criminal identification was devised in 1896. In 1910, a drawing was used to capture Dr. Hawley Harvey Crippen for the murder of his wife.

I remember the days when the Identi-KIT was a wooden box filled with clear, poly sheets that could be overlayed to create an image of a person’s face. The sheets were simply pictures of face shapes, noses, ears, eyes, hair styles of various shades, and lips.

Detectives sat in a room with a witness, and together they painstakingly picked out face parts that best resembled the suspect’s features until they had a final image of the crook’s face. The images weren’t always the best in the world, but it gave us something to work with. Sometimes we were lucky and came up with a real dead-on ringer.

Forensic artists were also employed to draw sketches, freehand, based on witness descriptions.

Then, finally, Identi-KIT and a few other companies developed software that can provide an image of a suspect’s face in mere seconds based on a few basic interview questions. With this software, investigators have the ability to fine-tune details such as eye and face shapes.

Some investigators still prefer to employ a forensic artist to draw the composite. I’d be curious to hear what Forensic Artist Robin Burcell has to say about this one. Are you out there, Robin?

* Thanks to Identi-KIT and Tru TV