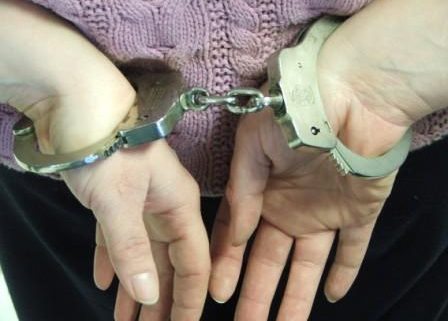 Clinton R. Van Zandt is the Founder and President of Van Zandt Associates Inc. During his 25-year career in the FBI, Mr. Van Zandt was a Supervisor in the FBI’s internationally renowned Behavioral Science Unit at the FBI Academy in Quantico, Virginia. He was also the FBI’s Chief Hostage Negotiator and in his current position, was the leader of the analytical team recognized with identifying the “Unabomber.” Mr. Van Zandt accurately profiled Oklahoma City Federal Building Bomber Timothy McVeigh on the day of that fateful bombing. He is a recognized expert on many topics including the review of written and oral communications, workplace violence issues, hostage and kidnap negotiations and survival techniques, international and domestic terrorism, personality assessments and behavioral profiling, and authorship identification techniques.

Bounty Hunter: “Casey will talk once released and has her nails done…”

Where are the Clowns

Leonard Padilla, the convicted felon turned bounty hunter turned television personality, “I’m already famous” as he stated on television, believes that he can get 22-year-old Casey Anthony to tell what happened to her missing 3-year-old daughter Caylee once he secures her release from the Orange County, Florida, jail. Padilla, a Kinky Friedman look-alike who describes himself as “a media whore,” continues to work with his nephew Tony, a California bail bondsman; as well as with a local Florida bondsman to put up the cash needed to meet Casey’s one-half million dollar bail. Their efforts in this matter have failed so far to gain the release of the woman described by friends as a “pathological liar,” someone who investigators believe holds the only key to what happened to young Caylee, a key she won’t give up.

Although many suspect that Padilla’s efforts are more related to his own continued fame, e.g., a reality TV show based upon his bounty hunter activities, than ultraistic in nature, as a former FBI Agent I always looked at a missing persons case, especially one related to a child, as a search for a live victim unless evidence suggested otherwise. Padilla, for example, has speculated that Caylee could be held by unknown persons due to a drug deal gone bad. In a television appearance with Padilla, I suggested that should this be the case, the existence of a $225,000 reward for the child’s return could support a scenario where the “kidnappers” could come forward to claim the reward, this by indicating that Casey had given them the child almost three months ago, told them to keep her for 90 days and then returned the child to her grandparents. The “kidnappers” could then claim the reward and rid themselves of the burden of caring for Caylee, something Padilla quickly agreed with and then used as his own idea on a subsequent TV talk show.

Statistically speaking, Padilla’s kidnap scenario has little support among investigators, noting that Padilla himself has suggested that Casey only drank alcohol and smoked marijuana, “vices” unlikely to have facilitated a child kidnapping, especially by a baby sitter that police believe to be non-existent. A more likely scenario to explain the child’s missing status and Casey’s many lies to investigators could include Caylee’s accidental death, this due either to neglect or some other action on the part of Casey. It has been reported that when Casey and Caylee left the residence they shared with Casey’s parents, this apparently to move in with Casey’s new boy friend, that neither the boy friend or their friends had any contact with Caylee during the 30 days she was away from her grandparents, nor did anyone report that Casey appeared to be conducting her own frantic search for her “missing” daughter. Most have seen the salacious pictures allegedly taken of Casey partying in bars during the month she said she was looking for her daughter, hardly reflecting the actions of a parent desperately looking for her missing child.

Forensic evidence is usually the “gold standard” in high profile cases, and this case could be no different. It’s been reported that forensic investigators seized approximately 30 items of potential evidentiary value from the vehicle driven and abandoned by Casey Anthony around the time her daughter allegedly disappeared, including suspected bodily fluid, strands of hair and dirt. DNA analysis will determine if the suspect fluid or the strands of hair are genetically identical to the DNA of Casey as well as the possible origin of the dirt from the car’s trunk. On July 17 cadaver dogs allegedly “hit” on the trunk, indicating the possibility that a dead body had been transported in the car, something that Casey’s mother had originally reported herself. The dirt could be related to the time period including June 18-20 when Casey allegedly borrowed a shovel from a neighbor and was seen backing her car into her parents garage. While the media waits with bated breath for the results of the forensic tests, investigators are obviously under no obligation to report such results and may believe that public knowledge of the test results could be counterproductive for their investigation.

I doubt that Padilla’s theory that once released from jail and after having her nails done that Casey will dig herself out from under the mountain of lies she has told and tell Padilla, perhaps in some type of “Perry Mason moment” what she has so far refused to tell investigators; the location of her daughter. Should Casey be released on August 21st, she will be confined to her parent’s residence and required to wear “Martha Steward ankle jewelry,” i.e., an electronic device that will alert authorities if she leaves her home in violation of the terms of her release from jail. Padilla also advises that he or an associate will reside in the Anthony home to monitor Casey’s compliance with her bail, something that’s hard to believe that the Anthony’s, or their attorney, will allow to happen.

In the meantime Padilla’s insertion of himself into this matter has changed it from a two-ring to a three-ring circus, and once again places attention on someone other than the missing child. Casey has questioned why people are more concerned with her missing daughter than with her; this while some believe that her mother has gone out of her way to seek her own form of personal attention. While it appears unlikely that Casey will eventually get “the mother of the year award” as suggested by her mother Cindy, and the likelihood that Casey has reportedly kept her silence to protect her daughter and family further diminishes, investigators are left expending hundreds of hours searching for a child simply because the mother won’t talk. And when Casey’s attorney says he has advised Casey not to talk, this in the face of a missing child investigation, we are all left to question the tattered state of a criminal justice system that places the narcissism of adults above the life of a child.