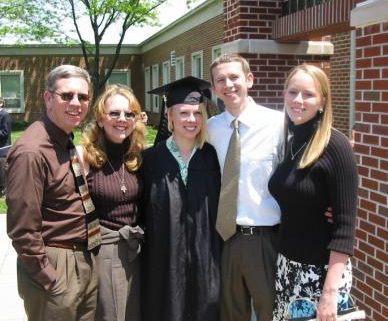 Clinton R. Van Zandt is the Founder and President of Van Zandt Associates Inc. During his 25-year career in the FBI, Mr. Van Zandt was a Supervisor in the FBI’s internationally renowned Behavioral Science Unit at the FBI Academy in Quantico, Virginia. He was also the FBI’s Chief Hostage Negotiator and in his current position, was the leader of the analytical team recognized with identifying the “Unabomber.” Mr. Van Zandt accurately profiled Oklahoma City Federal Building Bomber Timothy McVeigh on the day of that fateful bombing. He is a recognized expert on many topics including the review of written and oral communications, workplace violence issues, hostage and kidnap negotiations and survival techniques, international and domestic terrorism, personality assessments and behavioral profiling, and authorship identification techniques.

Should Students take their Guns to College?

As I crossed the darkened basement floor, one step at a time; I strained in the dim light to see if the escaped killer was there and hiding, ready to attack when I came into his sights. Leaning up against the far wall of the dank basement was an old cardboard fireplace, something left over from Christmases long ago. As I grabbed the faded red cutout chimney on top and flipped it back, he came at me from behind the moldy cardboard that quietly crumbled in my hand. He seemed to fill the room in front of me as I stepped back, pointing my .357 at the middle of his chest and yelled, “FBI, Freeze,” and he did. Later, when driving him to jail, he asked another FBI Agent, “Who was that guy in the basement; the one that was going to kill me?” I’m glad he understood that I would, and I am also glad that I didn’t have to. I may have been justified in shooting him under the circumstances, but I didn’t have to, so I didn’t. A tour of duty in Vietnam, years of “Shoot / Don’t Shoot” courses, and two and one-half decades as an FBI Agent went into my decision not to shoot, one that I had to make in a fraction of a second and one that I would make other times in my career.

Shootings involving FBI Agents are somewhat rare, and shootings are even rarer on college campuses, especially like the one committed by 23-year-old Virginia Tech senior Cho Seung-Hui on April 17, 2007. On that morning Cho, armed with two semiautomatic pistols, killed 33 and wounded 29 in an act of rage that still defies explanation. Although rare, we have witnessed a number of shootings on college campuses across America since August 1, 1966. This was when 25-year-old Charles Whitman climbed to the top of the clock tower at the University of Texas, Austin. Here, some 27 stories above the main campus, he began firing indiscriminately at members of the college community as they walked across the main campus. Whitman, who had murdered his wife and mother the day before, killed 13 and wounded 31 before he was killed by police officers. Many other campus shootings would take place on college, high school, middle school and even grade school campuses during the ensuing four plus decades.

It was, however, the heartless, wanton, murderous actions of VA Tech student Cho that captured the attention of the world that cold April week in the rolling hills and green valleys of western Virginia. A major university and a nation somehow stood still together in an attempt to understand the devastation that was levied on that campus in a few minutes by one angry man with two guns. If only someone could have stopped him sooner many have said.

Some believe the answer to stopping a gunman like Cho is to allow guns on campus; guns legally carried by students, faculty and staff. Others think our colleges and universities should be islands of learning in the sea of violence that seems to grip our nation on a weekly basis. Some have suggested that had just one student or faculty member had a gun, Cho could have been stopped before his total number of victims reached 62, thus saving perhaps dozens of lives. But others believe that the ensuing cross fire between Cho and armed students could have cost even more lives. Almost everyone agrees, however, that Cho, with his mental health record, should never have been able to legally purchase two handguns, although these same people will sadly admit that if someone wants a gun bad enough in America, they can get their hands on at least one of the 280 million known firearms in this country.

Within the last decade the Harvard School of Public Health conducted a random sample of over 15,000 undergraduate students from 130 different 4-year colleges. At that time 3.5 percent of the student respondents indicated they had a firearm at college. This same study concluded that students with guns on campus were more likely to engage in binge drinking, to have DUI offenses, and were more likely than other students to be injured severely enough to require medical attention while in college. Overall the study found that students with guns on campus were more likely than those without guns to engage in activities that put them and others at risk. Statistics like these, however, do not easily dissuade someone like the 25-year-old former US Marine who is now studying criminal justice at an east coast college. He believes that if a student can qualify for a state concealed weapon permit, that he should be allowed to carry a gun on campus, something, he believes, that would have given the dead and wounded students at VA Tech at least a fighting chance.

Most believe that Cho would have known that other than campus police, no one would be able to defend themselves against his two pistols. Cho, therefore, knew that he had the advantage over the entire 30,000 campus population that day, one he used with devastating effect. A 24-year-old University of Utah student, while indicating that he felt safe on campus, nonetheless carries a loaded 9 mm pistol to class every day. “If something happens to me,” said the gun toting business major, “I want to be prepared.” Many in the State of Utah are proud that their state is one of the few in the nation that allows the carrying of concealed weapons on campus. As one state representative stated, “If government can’t protect you, you should have the right to protect yourself.” Another Utah lawmaker references a 1997 shooting on a high school campus in Mississippi when the assistant principal, armed with a pistol he kept in his truck, used the weapon to hold a student at bay after the youthful gunman shot and killed two students on that campus.

Here’s my point. I don’t see this as a second amendment, right to bear arms issue. I see it as a need and a safety issue. Let’s start with the student body members who elect to carry a 9mm pistol loaded with 16 semi-jacketed hollow point rounds, perhaps a gun identical to one of the two carried by Cho at VA Tech. Do students really need to carry a gun on campus for personal protection? Notwithstanding the slaughter at Tech, the murder rate on college campuses is 0.28 per 100,000 people, far less than the overall U.S. murder rate of 5.5 per 100,000. This means that a non-student is at least 20 times more likely to be a murder victim than a student at college. That is the way it should be. Our institutions of higher education should be places where people of all backgrounds come together to debate and discuss different ideas, and, if they’ve not learned otherwise, a place where they can be taught to disagree without using violence to make their point and get their way. Students need to fight for their ideas and beliefs, ones honed over the blazing fires of verbal discourse and debate, but their fight should be with words; not bullets.

Graveyard Shift readers can visit Agent Van Zandt’s website www.LiveSecure.org to obtain free security related information and a free copy of his DVD “Protecting Children from Predators.” While you’re there you can also order a copy of his book “Facing Down Evil.”

Last Friday, legendary FBI criminal profiler, Clint Van Zandt, and I appeared as guests on the NPR radio show Talk Of The Nation. Our discussion was about the aggressive tactics used by police when questioning criminal suspects and witnesses.

Click the link below to listen to the show.