This week’s episode was billed as a nail-biter. A real edge-of-the-seat-sitter. Maybe it would have been had I not been watching for the police procedure so you writers won’t make the same mistakes we saw this week. But from where I sat…well, I’m going to go last this week. I need time to calm down. Lanie…puhleeze…you’re killing me.

Melanie, what’d you think of the show? I know you’ve been anxiously awaiting this one.

I’ve been waiting for this episode, and the next one, for weeks. Ever since I first read the hype on the fansite I frequent. Everything I read pointed toward two great episodes with great action and some intense Beckett-Castle interaction, and I was afraid I might be disappointed. Luckily, however, I was wrong. Sure, most of the delicious Beckett-Castle goodness is yet to come, as was evidenced in the previews for next week, but we got what we needed: the Setup.

I seriously can’t wait for Countdown, the second half of this two-parter, which airs next Monday. It was written by Andrew Marlowe, god of all things Castle, so I have no doubt that it will rock. Woohoo! I love this show. Okay, I got that out of my system. ; )

On with the romance recap: 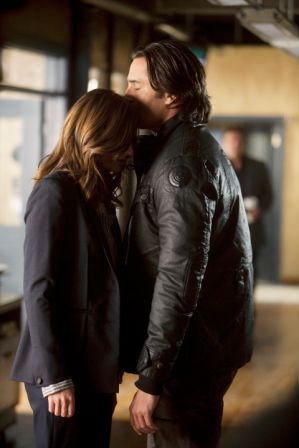 • Kate is obviously unhappy early on by a series of texts and calls that culminate in a visit to the precinct by Josh, her current significant other. When he leaves, she snaps at Ryan, and Castle notices. He questions her about Josh’s visit, and she skirts the issue. 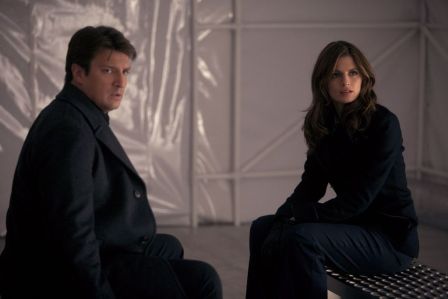 • Once Kate and Rick are stuck in quarantine with their lives on the line, however, she comes clean and tells him that Josh is leaving for Haiti on another Doctors Without Borders mission. Apparently her relationship with Dr. Motorcycle Boy, as Castle calls him, has lost its gleam. At first she liked that Josh was so busy and traveled a lot. It allowed her to “keep one foot out the door”, so to speak, and that was good. Now, though, she wants someone who can be there for her, someone who needs her, too. Someone who will dive into a relationship with her. Rick starts to speak up, to tell her that he can be that guy, when they’re rudely interrupted and let out of quarantine. Ack!

• In true Castle-Beckett fashion, after they’re are kicked off the case for investigating outside the lines during a search for the bomb and are sent home, they continue to work the case off the grid and wind up getting locked in a giant freezer together… thus the “setup” for next week…

Methinks we’re in for some intense Kate-Rick bonding in Countdown. And I also believe I smell a Josh-Beckett break up in the works. I mean, seriously… they set it up perfectly. Bye, bye, Dr. Motorcycle Boy. I, for one, will be happy to see you go.

Okay, my turn to get something out of my system.

Melanie, were we watching the same show? Castle, right? The one where mystery writer Rick Castle, a civilian, was permitted to remain on a case that involved national security—a dirty BOMB? The same show where the medical examiner looked at a hole in a victim’s forehead and immediately knew it was caused by a 9mm round? The very show where a detective (Beckett) was removed from a case but continued to work it on her own (a huge pet peeve about novels, by the way…it DOES NOT happen!).

Before I point out the many things wrong with the police procedure, I have to agree with Melanie about the scene where Castle nearly bares his soul to Beckett. That one was priceless. And it was one of those scenes where Fillian tells the story with his facial expressions. No dialog needed at all to know what was on his mind.

Anyway, back to the deed at hand…police procedure and forensics. Unfortunately, we start with Lanie. Grrr…

– Lanie marks the time of death (TOD) at precisely 11:15 because that was the time on the victim’s watch when it stopped working. She had no way of knowing the watch stopped when the guy fell and died. For all she, or anyone else knew, the watch could’ve stopped ten years ago, but the guy continued to wear it for sentimental reasons. I’ve already addressed the 9mm round to the head, so I’ll move on to her next dumb comment, where she stated that someone broke the victim’s fingers, one at a time. What, were his fingers equipped with timers and video recorders? Because there is no way she could have determined this. No way.

– Esposito commented that the cab driver, according to his GPS software, made a stop and left the motor running. I’ll turn this one over to you guys. Does GPS software have the capability to record whether or not the engine is running while a vehicle is stationary? I haven’t seen one that does. 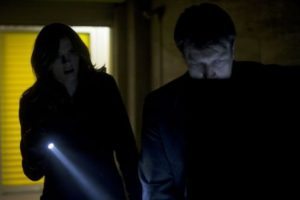 – I now know the name of Beckett’s favorite TV show…CSI. This was quite easy to figure out, especially when she searched the storage unit by flashlight when there was a perfectly nice 4′ fluorescent light fixture hanging overhead. They seem to favor using flashlights on CSI, even in daylight. Well, TURN ON THE LIGHTS people! That’s how real cops do it. 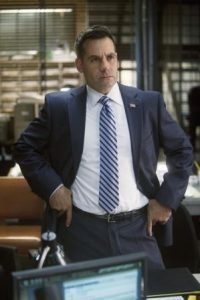 – The DHS guy who came in and took over the investigation, and the entire NYPD, allowed Castle to continue working on a federal case that involved a dirty bomb. No way that would happen, AND…there’s no way the captain and a handful of plainclothes detectives would respond to a truck containing a bomb. That’s the job of the bomb squad/hazardous materials unit. If they did, they certainly wouldn’t run up to the truck and fling open the back door without first checking to see if that action would detonate the explosive device.

By the way, why was there only one federal officer sent to handle something this large? Don’t they travel in herds when working high-profile cases?

– I was glad to see Castle using the department computers to trace the bad guy’s money trail. That’s about the only thing left in the entire department that he, as a civilian, hadn’t done.

– Beckett allows Castle to meet with the Syrian diplomat to discuss the case… Do I need to address this nonsense? I didn’t think so. Next. 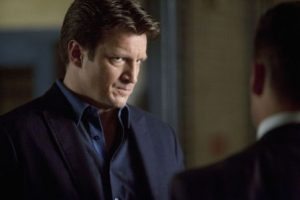 – I mentioned that the DHS guy removed Beckett and Castle from the task force, yet they continued to investigate the foreign, killer terrorists who’ll stop at nothing to murder anyone and everyone. And Beckett and Castle chose to continue, alone. I have one more thing to say about this. NO!

Lastly, I have to bring up the bomb. It’s sort of a character, too. Right? Well, I found it almost comical that the terrorists were thoughtful enough to label their “blowup-the-entire-city-of-New York” bomb as radioactive. They were also kind enough to include a radioactive placard/logo on the device. I guess they didn’t want anyone to get hurt…

I wish the writers had been that thoughtful when they dropped those police procedure and forensic bombs into our living rooms.

How long, I wonder, will it be before we begin to hear of the “Castle Effect” in courtrooms across the country? Will jurors soon begin to demand to see Lanie’s Voodoo-style of forensics? I know I’m already hearing writers ask questions, or doubt an actual expert’s advice with a response that begins with…”But Rick Castle said…” Or, “That’s not how Kate Beckett did it.” And, “Beckett didn’t need a search warrant.”

Southland: Fixing A Hole – A Review
Scroll to top