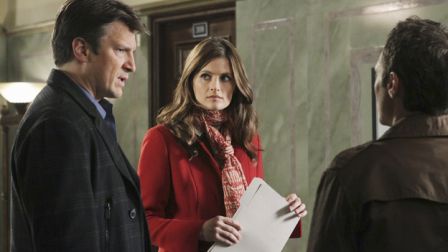 Well, another episode has come and gone. And this week Caskett (insert appropriate eye roll here) and crew spent the entire hour working a case involving a poisoned juror. Unfortunately, for those of us with investigative minds, the case and killer were pretty predictable. However, that’s sometimes how it goes in the real world. But when I’m watching TV cops, I like to see a bit more twisting and turning before I know the identity of the killer. In this episode, I had him pegged as soon as he appeared on screen. 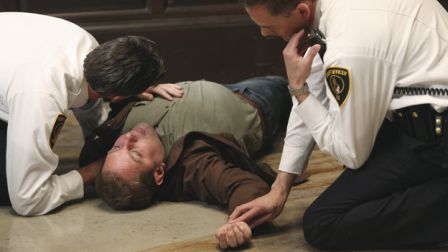 Okay, this review won’t take long since there really wasn’t a lot to talk about as far as police procedure, but, and you’d better sit down for this one, I have to point out a few good things about Lanie.

For the first time, or so it would seem, the writers did a little forensic homework. Therefore, Lanie actually sounded as if she’d at least walked across a med school campus at some point in her life. Here’s what she had to say about the dead juror (Oh, and she waited until post autopsy to determine cause of death. Nice touch for a change). 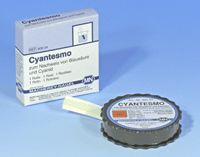 – The guy died from cyanide poisoning, and Lanie made this determination using a color test (Cyantesmo test paper).

FYI – The strip is a preliminary test. The confirmation testing would be conducted by a toxicologist in a lab, not by the M.E. Still, it’s a one-hour show, and they needed to get to the point, so they had Lanie report the finding (Of course, she could have said toxicology ran the test and reported to her, but…). Anyway, for the writers out there, Cyantesmo test paper is normally a pale green strip that turns blue in the presence of hydrocyanic acid. The finding is then confirmed using gas chromatography.

BUT…as always, Lanie would have needed a reason to have the victim tested for cyanide poisoning since that’s not something that’s on a normal tox screen. And guess what? She did. She told Beckett that she detected the smell of bitter almonds on the victim. Also, the victim presented with “pink lividity.” Both could be indicators of cyanide poisoning.

So this was good information. But the writers couldn’t stop there. Nope. They couldn’t stand having Lanie sound as if she were a real medical examiner. They followed up with this one…

– Beckett asked Lanie how the poison was introduced and Laine responded with, “Brownish stains in his mouth indicated he recently had coffee. Maybe it was there.” WHAT? So brown stains in someone’s mouth means they’d just gulped down a cup of Starbuck’s best brew? What about tea, a cigarette, or a chocolate doughnut? What about anything that could leave a brown stain???

– Beckett, during an interview with a particularly tough-looking suspect, tells the guy, “Sit down before I make you sit down.” Well, that type of statement only works if you’ve got the a** to back it up. She’s tough, but in this case, I don’t think that would have been the case. I believe this guy would have mopped the floor with both Beckett and Castle. Still, I can see every cop in the world trying it. Part of the job is putting on the tough-guy suit and playing the game.

– Castle made the statement that most poisonings were committed by female killers. I believe that’s an accurate statement. Shootings are male crimes for the most part. But I’ve seen women who were pretty good at slicing up people with knives, so that method could go to either sex.

– The scene where Ryan and Esposito cornered a guy in a closet was pretty good until the man hit the floor. That’s when we heard the detectives’ weapons making all sorts of clicking noises, as if the officers had just racked the slides, or something. That DOES NOT happen, folks. Please don’t write it that way in your stories. Pointing a firearm at someone does not make it click, snap, crackle, or pop.

– I believe it was Ryan who told a probationer/parolee that he’d have him back in prison before roll call. FYI – Normally, that process is called “count,” not roll call. They don’t actually do a roll call. Instead, corrections officers conduct “head counts” several times each day. 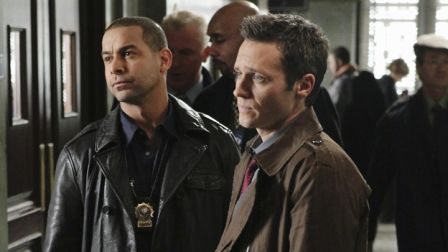 – Am I alone here, or does anyone else want to see more of Ryan and Esposito? These guys should be conducting interviews, etc.

– Oh, and the crooked DA… Who didn’t see that coming? Besides, the cops don’t work for the DA.

All in all, I’d say this episode was just okay. Sure, it was solid, but nothing more. No “WOW” factor. 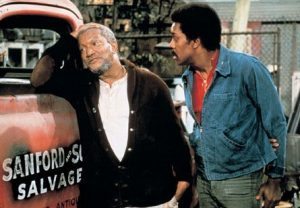 So I guess it beat watching Sanford and Son reruns.

Well, I’d better leave something for my review partner to discuss. So, take it away, Melanie…

To me, this seemed like a filler episode, with the plot dwelling mostly on the case, but I enjoyed it. Plenty of twists and turns. 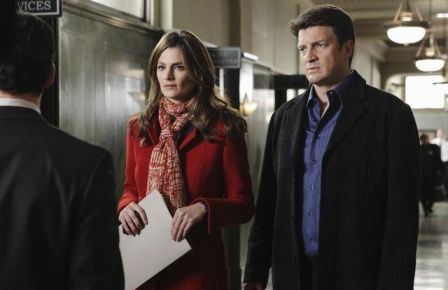 Nothing earth shaking happened between Kate and Rick, however, although they did manage a little theory building, a few shared smiles, and Kate chastised Rick for tracking Alexis via her phone. 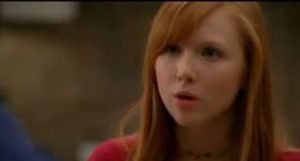 The sweet scene farther along in the show when Alexis came into the precinct and she and Rick ironed things out made both me and Kate smile. She seems to like seeing Rick in “daddy” mode… the time when he’s the most genuine.

The “Forbidden Planet” framing device was a nice touch. Rick begged first Alexis and then Martha to go with him to see the movie at the beginning of the show, but they both declined. Then at the end, Beckett admitted that she’s a fan of the movie and plans to go since they’ve solved the case — sans Josh, who’s on shift — and this thrills Rick, but he doesn’t let on that he loves the movie, too. He lets her think he’s never seen it. So she insists he go along… and with a hidden grin, he agrees, even asking her to go for burgers at Remy’s afterward. Sly dog. She doesn’t agree to that right away, but who knows what might happen off camera? <smirk>

Next week’s show looks interesting… but the one I really can’t wait for comes later, during May sweeps. The big trip to L.A. for a case and a visit to the Heatwave movie set.

Followon TwitterSubscribeto RSS Feed
No Key, No Problem: How The Bad Guys Get In (Good Guys, Too)

He’s Running! – A Guide To Foot Pursuits
Scroll to top