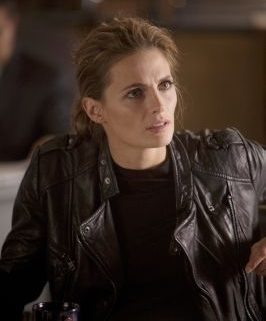 Hypervigilance was Stana Katic’s mission was this week. Her job was to portray someone suffering from Post Traumatic Stress Disorder (PTSD), displaying an abnormal state of being on guard and extremely tense, with an increased awareness of her surroundings, and she did a great job. A fantastic job, actually. In fact, I’m sure last night’s viewers had also reached their own state of hypervigilance, with their rear ends glued to their chairs and their eyes riveted to the screen, anxiously watching and waiting for Beckett’s next move. But more about this later. First…Melanie’s take on the mushy side of the show. Are you there, Melanie?

The past two weeks have crept by for me, mainly because we didn’t have a new Castle episode last week. This week, they made up for it with “Kill Shot”, an intense episode that centered around Kate’s battle with PTSD. I thought Stana Katic did a fabulous job. I’m willing bet they’ll submit this one for Emmy consideration. What do you think?

I’m not sure how well the writers did in portraying her PTSD, since I don’t know enough about it to judge — I’ll leave that part to Lee — but I found the show to be powerful, heart wrenching, and fast moving. And when Kate finally accepted help from Esposito, I had tears in my eyes. That scene rocked! I also love that she went to see her therapist voluntarily. That proves she truly wants to get better.

Relationship-wise, Rick was obviously distressed by Kate’s terror and begged Esposito to help her because he didn’t know how — and then stepped back to allow Kate to find her way. Very smart of him. She appreciated it, too.

And at the end, Kate admitted to her therapist that she’s ready to try to let go of the past and stop defining herself by her mother’s murder. By the case that has engulfed her more than once, and by her shooting. She wants to let go of all that and live her life… to open herself up to other possibilities. This has been reiterated by Stana in several recent interviews I found online. She claims Kate wants to “dive in”, to experience what she’s been denying herself, such as a relationship with Rick. So maybe, just maybe… they’re getting closer to starting something fun.

Oh, I hope so! Next week ABC is airing a Castle rerun, so tune in on December 5 for “Cuffed”… and get ready to rumble. Read the blurb below and tell me what you think. Tee hee!

Here’s the blurb from ABC’s press release for “Cuffed”: When Castle and Beckett wake up in bed, handcuffed together, in a locked room with no memory of how they got there, they must piece together the mystery of where they are and why, all while trying to escape. But as the two of them adjust to being shackled together, what’s the biggest threat they face… the people who abducted them or each other? Meanwhile, Ryan, Esposito and Gates are left to investigate their disappearance in a case where all is not what it seems.

This episode was very well-written and well-thought-out. And the writers packed in a lot of things in short period of time, meaning they kept the tension going throughout. Sure, we saw Lanie digging a bullet from a wall, telling us the shot was fired from 200-300 yards away (medical examiners don’t poke around crime scenes removing crucial pieces of evidence, well, unless they want to compromise the entire investigation…and, she couldn’t and wouldn’t have known the distance), but let’s overlook that and get to the what made this show what I think was the best of the season. 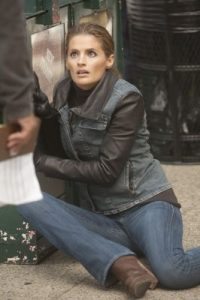 1. Stana Katic. Enough said. She is the reason this episode came across as well as it did. Her character was extremely layered, and we looked on as each of those layers melted away with the passing of each scene. She was frightened. She was confused, not knowing what was happening to her. She was vulnerable. Yet, she was still Beckett, determined to get past the demons clawing at the inside of her head.

Some of Beckett’s PTSD symptoms were quite realistic—reliving sounds of her own shooting (flashbacks), hypersensitivity to loud noises (hyper-startle responses), extreme anxiety, avoidance of places and people that reminded her of “the shooting,” unable to sleep, outbursts of anger, wanting to be alone, she couldn’t concentrate, she tried to “drink away” the problem, and, of course, there was the hypervigilance.

Then there was the scene where Beckett dumped her badge and gun on the floor, her attempt to separate herself from the case, the shootings, and her emotions. This was extremely raw and realistic. I know because I’ve been in those very shoes (well, maybe not those exact shoes, but…). When PTSD came knocking at the inside of my head, one of the first things I did was to ditch my gun, placing it in a box in the bedroom closet. Didn’t want any parts of it. In fact, I didn’t even want to look at it. Weird, I know. But it is what it is. Thankfully, that’s in the past.

So a big BRAVO to Stana Katic and to the writers for delving into this topic, and for doing such a great job with it. My only negative comment about the PTSD issue is how quickly she overcame it. People sometimes suffer from PTSD for many, many years. For some, the demons are with them for life. 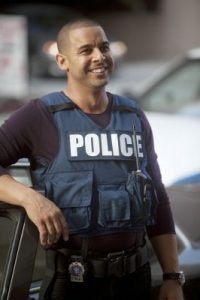 2. Esposito – What a great job he did with taking viewers to the classroom. He taught us everything we needed to know about snipers, weapons, and ammunition, and he did it without doing the dreaded info-dump. The information was needed to help viewers understand what had happened, but the actor made the learning experience seem like part of the dialog. That’s how it should be done in books, too. Great job. Espo also did a great job of showing emotions when it was time for us to see them.

For writers – I’d like to point out one tiny detail about the ejected brass Espo found under the cabinet/table (whatever it was). An expert sniper/shooter most likely would have retrieved/picked up (“policed” as they say on the firing range) that spent brass. But, later in the show they clearly stated the guy was not the expert they’d once thought.

– I liked seeing Ryan taking care of “paperwork.” This is how cases are often worked, with detectives splitting up to work on various aspects of the crime. Not everyone is a “door-kicker.”

*By the way, Beckett would not have been allowed to remain on this case. 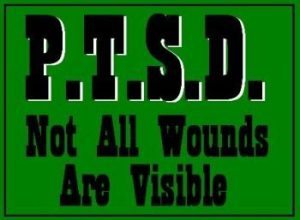 The Symptoms of Post-Traumatic Stress Disorder: Chronic and/or Delayed – Description of PTSD’s many symptoms, including withdrawal, avoidance, isolation, and flashbacks. (PTSD Support Services)

Treatment of PTSD – Guide to the treatments for PTSD, including cognitive therapy, exposure therapy, and EMDR. (National Center for PTSD)

Self-Help and Coping – Series of articles on how to cope with PTSD in healthy ways that promote healing and recovery. (National Center for PTSD)

Is Pepper Spray Really The Issue?
Scroll to top