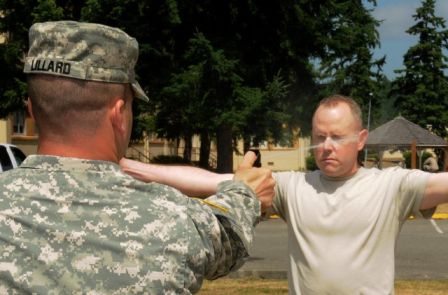 Pepper spray (Oleoresin Capsicum) is made from the fruit of plants, such as chili peppers. The chemical is basically a simple concoction—a high concentration of ground pepper suspended in pressurized water. Sometimes a dye is added to the mixture which marks a suspect for easy identification (as if the coughing, crying, and drooling aren’t enough).

However, people who suffer from asthma could suffer severe side effects, including death. And this is the side effect that made me re-think my position on pepper-spraying seated, peaceful protesters. A non-violent person, even people who are clearly breaking the law with their non-violent acts, should not be sprayed because there’s no way of knowing who has asthma or other medical problems, and who doesn’t. BUT, in the case of protesters who choose to toss a rock, push, shove, or strike a cop (or anyone else), well, they should be prepared for instant arrest using whatever means it takes for the officer to gain control. No time to check medic alert bracelets when someone comes charging with a sword. 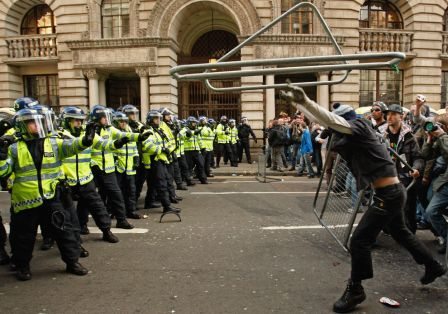 So, I guess the only option for removing non-violent lawbreakers would be to return to the old standby—pain compliance, using wrist locks, arm bars, come-a-long techniques, riot batons, and sheer muscle to move people who break the law by blocking sidewalks, streets, bridges, and other public passageways and buildings. 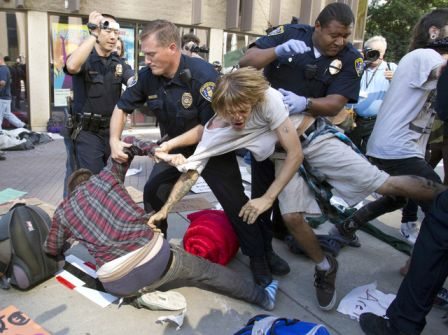 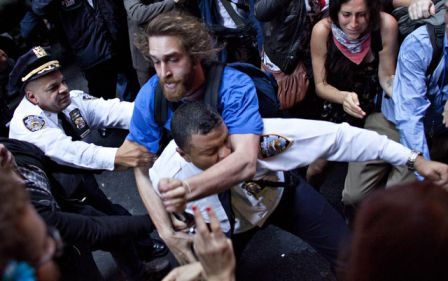 NYC protester “passively” ATTACKS a police officer. The crowd of peaceful protesters cheered as the man attempted to choke the officer.

Unless, of course, public opinion is to allow the occupiers to take over any place they desire, disrupting anything they want, all in the name of their peaceful movement (Please don’t misunderstand me, I agree with much of what the level-headed occupiers are saying. I just don’t agree with breaking the law to get the message across).

Seriously, should protesters be left alone to do whatever they want, anywhere they want? Is it okay for a hundred people to show up to camp in someone’s yard or place of business because the squatters don’t agree with how that particular citizen conducts his/her affairs. 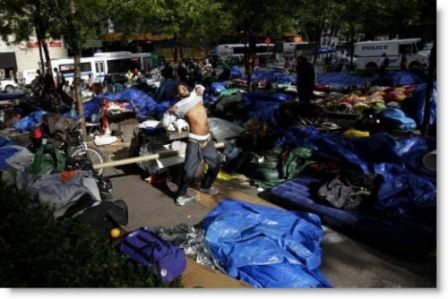 Is it okay for people to sit down at the entrance to someone’s personal driveway, blocking them from coming and going? How about camping in someone’s yard, running generators and using the flower garden as a public restroom? Is that okay because the campers don’t agree with the homeowner’s position regarding PTA matters? 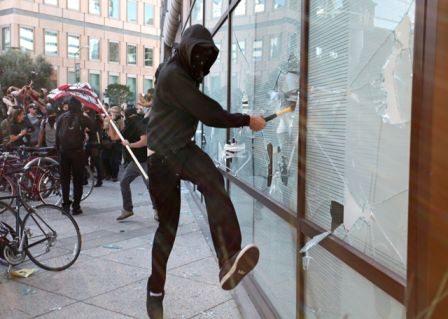 I guess the police can simply do nothing and just wait and see what happens. I’m positive everything would be fine. Sure, everyone will play nice and no bad would come of doing nothing to keep order. They won’t block city streets. They’ll stop burning cars and breaking out store windows. They’ll make the public parks a pleasant place to take your kids on a Saturday afternoon. Stepping across or around them to do your banking won’t be an inconvenience. Taking a one-hour detour around blocked streets and bridges will suit everyone just fine. Losing income due to damages to the store you’ve worked all your life to build from the ground up…no problem as long as the protesters have what they want.

Yes, there are protesters out there who are peaceful and truly want to make a difference. But police officers have no way of knowing the difference between the good and the people like those in the photo above who are using the movement as an excuse and cover to do damage. Therefore, officers have no choice other than to err on the side of caution, assuming everyone is out to do harm, until they see something to the contrary. Safety first.

Think about it, if the assaults, vandalism, car fires, etc, would go away, then so would the riot gear. 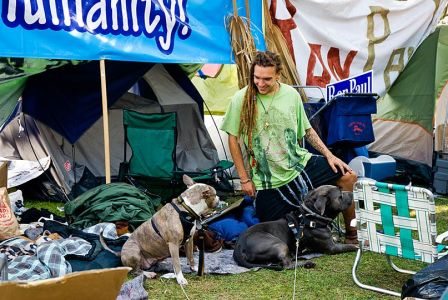 I think I like L.A.’s approach to the problem. Give the protesters an old office building (for a $1 per year rent) and shelter for the large group of homeless people who’ve joined their ranks. At least they’d be somewhere legally, unlike their counterparts in Oakland who’ve set up camp on a privately-owned lot that’s in foreclosure (sure, that land will be easy to sell now).

Back to the L.A. group, though…isn’t the offer of an office building a good idea for the group? There, they’d have a center of operations to conduct their activist work, instead of sitting in a public park or in the middle of public street where much of their focus is now on surviving the elements and dodging the police and local government officials. But the group hasn’t made a decision yet, not really wanting to give up their camp at City Hall, a condition that comes with $1 access to the office building. 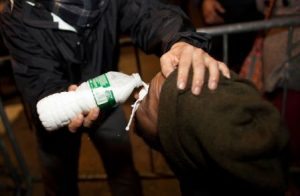 By the way, the antidote for a dose of pepper spray is clear, cool water or milk. Not to drink, though. Turn the face sideways and slowly pour the liquid over the affected area(s). Another way to avoid the burn is to obey the law by not resisting arrest or assaulting police officers…