Episode 8, Ghosts, begins in a seedy, pay-by-the-hour hotel where a woman is found dead in a bathtub filled with motor oil. The show this week didn’t provide much fodder for a bad review of police procedure, which was good. But the medical examiner still insists on using some odd psychic wisdom and powers to determine cause of death and other forensic findings. Let’s dive right in and get this ME stuff out of the way, because this character makes me ill.

First of all, she was right about one thing. She’d actually have to test the substance in the tub to say for sure that it was indeed motor oil. However, it looked like motor oil, felt like motor oil, and the empty motor oil containers were nearby. Well, duh. If it looks like a duck, quacks like a duck, then it’s probably a duck!

Any other time, she’d merely dream up some wacky conclusion. Why now does she decide to test something so obvious?

While the ME is busy sucking motor oil from the tub with a turkey baster, one of Beckett’s dynamic duo sidekicks steps forward to say he’s found the empty motor oil bottles in a closet. 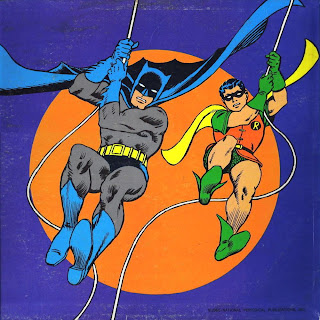 Why do Beckett’s two sidekicks always appear together, side by side, from nowhere?

A bathtub filled with motor oil on the upper floor of a busy hotel bothers me. It’s a little wacky logistically.

A bathtub holds approximately 60 gallons of liquid which equates to 240 individual quarts of motor oil. That’s 20 cases of the syrupy liquid (450 lbs.) that the killer, a female this week, would have had to carry to the upstairs hotel room. Then she’d have to open each bottle and sit there waiting for it to drain into the tub. This is all possible, but…

Next, Beckett asks the ME for a cause of death and she replies, “Drowning.” How in the heck could she say that without first performing an autopsy? Sure, she could guess, but that’s not what she did. She also stated the victim had a contusion on the back of her head. How did she know the poor woman didn’t die from the head trauma before being placed in the oil?

The next ME words of stupidity were about the wine glass found at the scene. She informed Becket that she’d found traces of a sleeping pill on the glass.

No way she’d know this so quickly. Besides, she’d have to have a reason to suspect the drug would be found there to order that particular testing during the tox screen. Tox screens are NOT catch-all tests.

AND, it probably wouldn’t be the ME who collected the glass. That’s the job of police.

ME’s take care of the body. Detectives/officers/crime scene techs handle everything else.

There simply had to be two writers for this week’s episode, because the ME scene compared to the rest of the show was like oil and water. Pun intended. They’re wearing me down with this ME character.

The rest of the show wasn’t as bad. The police procedures fared pretty well this week. The one thing I’d point out was when Beckett and Castle entered the true crime writer’s home after finding the door ajar. At the time they entered they believed they were entering the home of a murder suspect. Once inside they observed items that could have been potential evidence in the case. Beckett probably should have backed out and gotten a search warrant at that point. However, she could always say she thought someone was in trouble or injured since the door was ajar. But I’m not sure that would fly in court. People leave their doors open all the time.

All in all, the show was just okay this week. Will I remember anything about it? No.