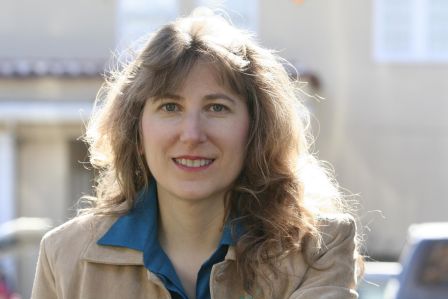 Linda McCabe is the past president of the Redwood branch of The California Writers Club. The branch was founded in 1909 and is proud to call Jack London one of their early members. Linda writes and maintains a fascinating blog she calls Musings from a L.O.O.N.

Paris is known for her beautiful gardens and art. Some gardens are famous and easy to spot such as the Tuileries on the grounds of the Louvre. 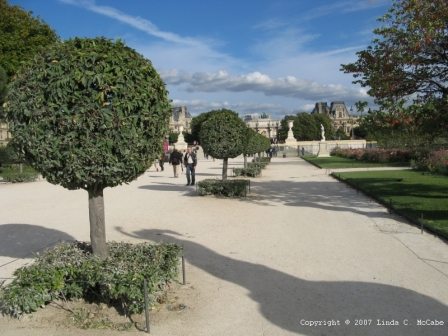 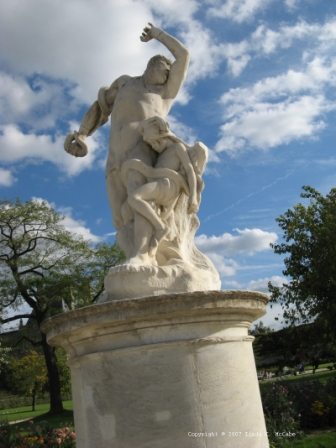 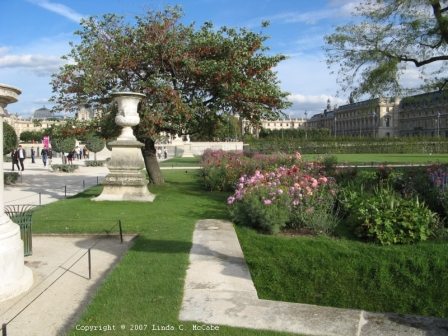 Then there are parks that are tucked away that can provide a sense of peace and tranquility to contrast with a major metropolitan city. This small park is on the Isle de la Cite near the Pont Neuf. 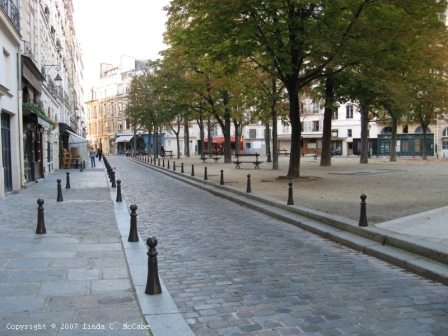 On our way to Marais we discovered the Jardin de l’Hotel de Sens. 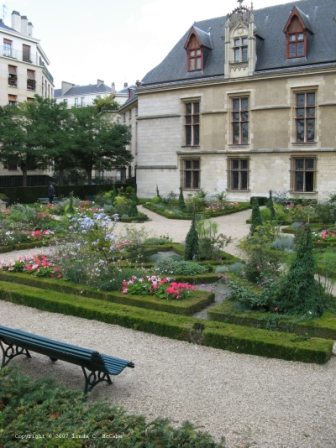 There is beauty everywhere in Paris. You simply need to keep your eyes open. Even above doorways you can sometimes find art. 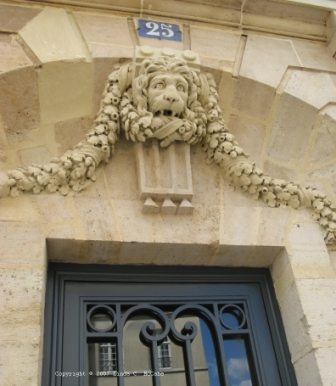 I thought the road signs had their own charm as well. I could not resist taking a photograph of the road named after the “Father of Europe.” 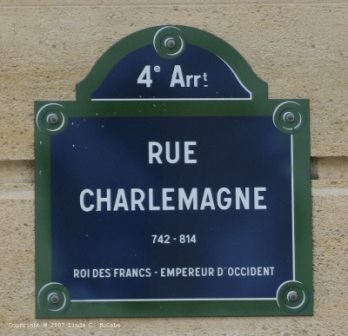 Some gardens are hidden. One is within Hotel Dieu, which is the oldest hospital in Paris dating back to the 6th century. The hospital has a long history of floods and fires through the centuries. During the 19th century, it was demolished during the urban renewal program of Baron Hausmann and a new hospital was built. It still stands next door to Notre Dame Cathedrale.

To see this garden you must go through the ER doors, turn right and pass through another door, then turn left and you will find this magnificent courtyard. 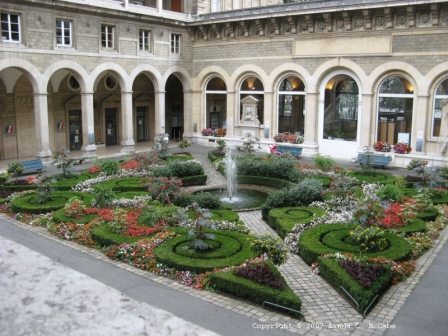 Here are two other views of the gardens at Hotel Dieu. 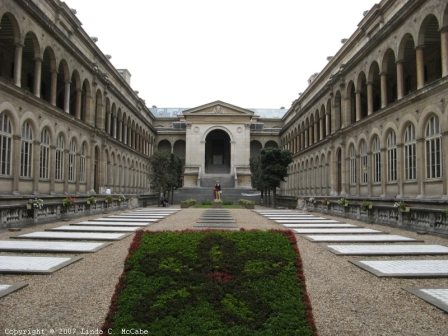 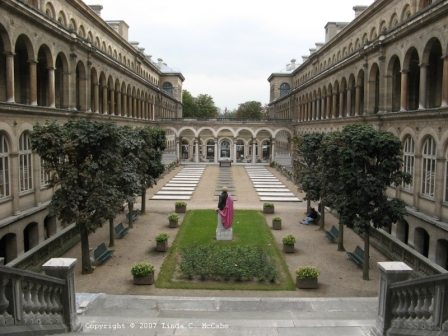 If you walk up a small stone staircase around the courtyard you will be rewarded with seeing historical woodcuts of Hotel Dieu and Paris. 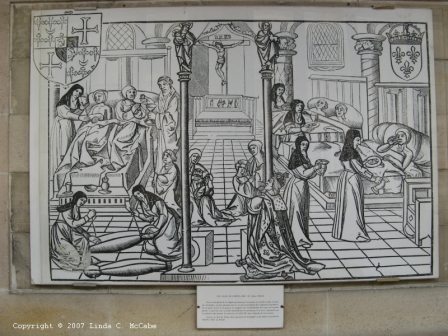 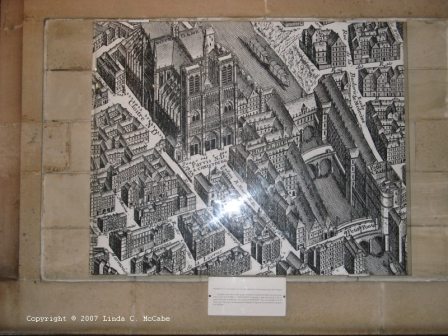 Here’s a link to my travelogue to France.
http://lcmccabe.blogspot.com/search/label/France