“You don’t give your stories away for free, and neither do I.” Dr. Marion Baker, this week’s killer du jour.

I loved last night’s episode of Castle. Best episode so far this season. Heck, maybe in the last couple of seasons. I haven’t laughed out loud like that while watching the show in ages. This one was more like one of the earlier episodes. Funny, endearing, and clever. What’s even more amazing is that it was written by Stephanie Hicks, a brand new writer on the show who has to be a fan. Unlike most of the episodes this year, this one is proof that she actually watches Castle and knows what we want to see. If only the other writers would get the same memo!

The show started out with a hilarious scene at the loft between Kate, Rick, and Martha. Leave it to Rick’s mom to burst in and ruin the mood. So funny, now that I’ve finally seen all of it. I had to rewatch online because our ABC affiliate cut off the beginning of the show with a weather update, and am I glad I did. They had omitted the funniest part! I’m still laughing.

Rick’s supposition about a genie roaming around after being trapped outside of her lamp is way over the top, of course, but it was still funny. The entire show was funny. I totally cracked up when Ryan and Espo gave Rick the file with the picture of the genie. Hahaha! Oh, wow.

So many great lines, I can’t remember them all. They also gave us a lot of precious Caskett moments, complete with kissing, and even a touch of angst at the end with Jenny having problems during labor. To my great relief, the angst was short-lived, and we quickly learned that both mother and baby were fine. I love that Ryan and Jenny named the boy Nicholas Javier. Such a fabulous last scene, with so much hugging and happiness.

I didn’t guess who the killer was because I was too busy laughing to worry about it. Such a fabulous episode. This is the way the show is supposed to be.

I agree with Melanie. This was the best episode of the season, and it was much closer to the original Castle than we’ve seen in a long, long time.

When I’m asked to set aside reality I need reasons to do so, and to help with the process the story needs to remain consistent within its own rules to prevent me from switching the channel or closing the covers of a book. The writer should provide a set-up that establishes the faux reality as truth in a fictional setting. Then, as the story progresses, the reader or viewer has a logical reason for accepting “pretend” as what’s real in that particular fictional world. In other words, a writer of fiction should deliver believable make-believe. And that’s what, for eight long years, I’ve been saying about poor Lanie’s lines.

Rarely is Lanie given the opportunity to sound like a person of science and medicine, even in a fictional world. There’s no set-up to ask us to believe she has voodooish, mystical powers that allows her to magically know how someone died prior to exam and autopsy, which is often what we see week after week after week. Therefore, we’re led to believe she’s a real medical examiner who should follow the rules of the real world. This is why we have trouble with Lanie’s believability.

The same is true for the other characters and their actions. To add to the troubles, Castle writers are not consistent with the rules they set for their characters. Either Castle is a brilliant crime-solver or he’s a bumbling idiot who can’t figure out how to come in out of the rain, but he can’t be both without proper set-up. Sure, he can be a sleuth who’s both goofy and brilliant, but that’s not how the character was offered to us in earlier episodes. Instead, we were, in those days, shown a brilliant man who utilized his exceptional crime-solving skills while also displaying a playful and boyish charm, silliness, and innocence. But he was not a fool. Therefore, unless Richard Castle experienced some sort of traumatic brain injury that flares up between seasons or episodes, he’s simply not a consistent character with consistent actions and mannerisms. The same is true for the others. Ryan, a fine upstanding man who suddenly, out of the blue, does things that are completely shady? Expo, a character who spends holidays alone because he has no family…until last week where we saw enough family members to staff a battleship??? These are glaring inconsistencies.

Those, among many other out-of-step discords are not the fault of the actors, though. Instead, the blame falls squarely onto the shoulders of the writers. Murder She Wrote is a great example of character and story consistency. Jessica Fletcher was the same brilliant and tough but slightly quirky crime-solving woman throughout. There was no flip-flopping in that TV series (Great job, Tom Sawyer!). By the way, Ron Masak, the actor who played Sheriff Mort Metzger on Murder She Wrote penned an article for this blog a few years ago. You might find it interesting. I know I did.

Okay, on with the review…

Last night’s episode was well-written, especially if compared to the others in this season. No comparison, actually. And the goodness started with Lanie’s corpse-side time-of-death information dump (the set-up). Hooray! Jones was actually given lines that made sense. Well, with the exception of instantly processing fingerprints on the sword while still at the crime scene (fingerprinting of evidence is not the duty of a pathologist, nor are smaller items printed at the scene). And, the bloody sword was packaged in clear plastic.

Show of hands, please. What sort of packaging is used for wet (blood, semen, saliva, etc.) evidence? You can check your answer here.

Speaking of fingerprints. Alexis dusted her dad’s desk for prints and then had Hayley check them for possible matches.  I’ll just say this. Puhleeze…

Someone, maybe Ryan, said that female DNA was discovered on the dead guy they found rolled-up inside a rug. Therefore, based on the discovery of this DNA, they determined his killer was female. Two points. One – sure, it’s possible to determine sex from DNA evidence. Two – it is not possible for DNA evidence alone to prove the person who left it behind is without a doubt the killer. There must be other evidence as well.

For example, in the situation above a female customer (this includes individuals who’ve transitioned from female to male because they still have female DNA), could have handled the rug thereby leaving their DNA behind. That same DNA could’ve transferred to the body when it contacted the carpet material. This is called tertiary transfer of evidence.

Here’s what I wrote about tertiary evidence transfer (page 170 – 171 of Police Procedure and Investigation). 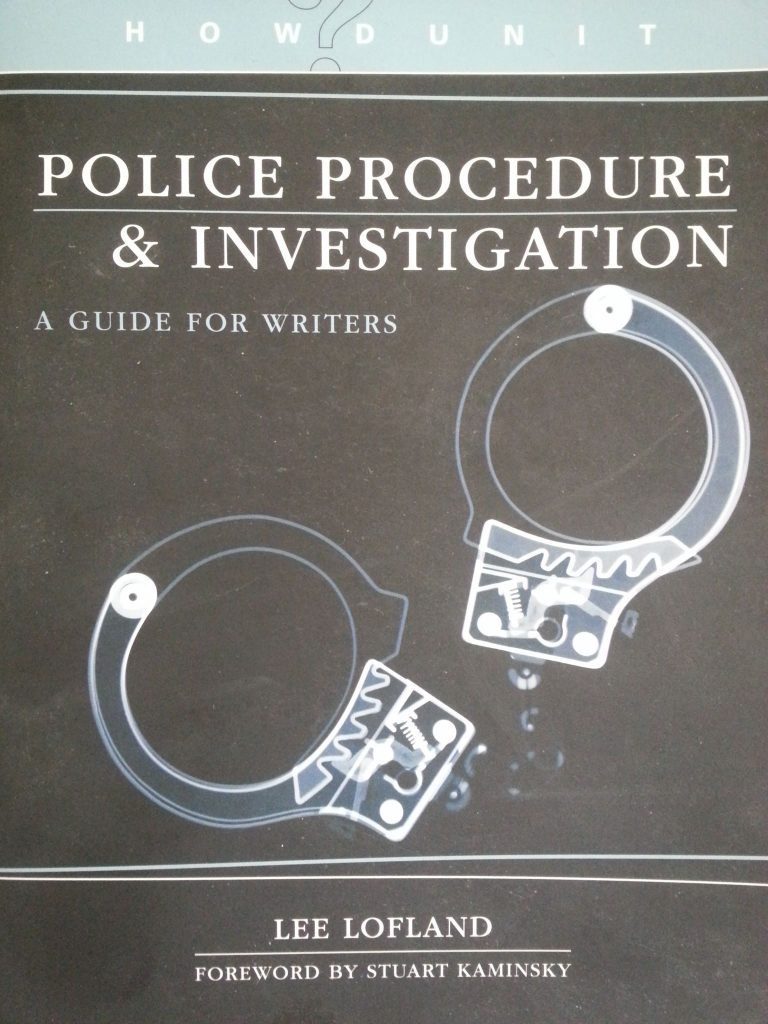 …DNA can also be transferred to people who then use that item, such as a towel that’s been used by someone else. DNA can even be transferred from one article of clothing to another in a washing machine.

Evidence that’s been cross-contaminated will exhibit false results and could be used to convict the innocent and allow the guilty to go free.”

So, there you have the major procedural errors, which were few. Overall, the show was fun and a bit on the wacky (in a good way) side. I think Esposito was thinking the same when he said to Castle, “I’m going to have to get you off the crazy train.”

Old Sparky Has Left the Building…sort of
Scroll to top