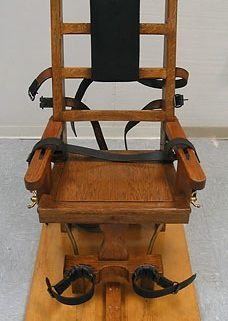 It was over two decades ago, in this very month, April, when I stood beside my unmarked Crown Vic in the parking lot of the state police area headquarters, waiting for a ride to a state prison. The evening was warm. The sky clear. And the surrounding trees were filled with new spring leaves. Crickets chirped and mosquitos zeroed in on my face and arms.

Knowing rules prevented me from wearing my pistol inside the correctional institution, I’d placed it inside the small lockbox mounted in the trunk and double-checked to be sure the steel container was secure before closing the lid. I had a bit of time to spare so I walked behind the small red brick building to have a look at an armored vehicle parked there out of sight of the public. I’d seen the truck a zillion times before, but it was something I could use to slow the million thoughts zipping about inside my mind.

I’d have gone inside the office to shoot the breeze, but it was after hours and the administrative staff had gone home for the day, and the troopers working the roads were doing just that…patrolling the highways. It was just me and my imagination, hanging out together, waiting to watch a man die.

After a few laps around the headquarters, an unmarked white van arrived to deliver me to the prison. The driver, a corrections lieutenant, told me to hop in and off we went. I’d return a changed man just a few hours later.

Spencer walked into the death chamber on his own that night, unassisted by prison staff. He was shorter and a bit more wiry than most people picture when thinking of a brutal serial killer. His head was shaved and one pant leg of his prison blues was cut short for easy access for attaching one of the connections (the negative post, I surmised). His skin was smooth and was the color of milk chocolate. Dots of perspiration peppered his forehead and bare scalp.

After glancing around the brightly lit surroundings, Spencer took a seat in the oak chair nicknamed “Old Sparky,” as are a few of those instruments of justifiable homicide, and calmly allowed the death squad to carry out their business of fastening straps, belts, and electrodes. His arms and legs were securely fixed to the chair. He looked on, seemingly uninterested in what they were doing, as if he’d just settled in to watch TV, or a movie.

I sat directly in front of the cold-blooded killer, mere feet away, separated only by a partial wall of glass. His gaze met mine and that’s where his focus remained for the next minute or so. His face was expressionless. No sign of sadness, regret, or fear.

I wanted to ask him if he was sorry for what he’d done. I wanted to know why he’d killed those women. What drove him to take human lives so callously?

When asked if he had any final words to say, Spencer opened his mouth to say something, but didn’t. Whatever that thought had been, well, he took it with him to his grave. Officers then placed a leather mask over Spencer’s face.

The squad’s final task was to place a metal, colander-like hat on Spencer’s head. The cap was lined with a brine-soaked sponge that serves as an excellent conductor of electricity.

Seconds later, the lethal dose of electricity was introduced, causing the murderer’s body to swell and lurch forward against the restraints that held him tightly to the chair.

Suddenly, his body slumped into the chair. The burst of electricity was over. However, after a brief pause, a second burst of electricity was delivered to the killer’s body. Again, his body swelled, but this time smoke began to rise from Spencer’s head and leg. A sound similar to bacon frying could be heard over the hum of the electricity. Fluids rushed from behind the leather mask. The unmistakable pungent odor of burning flesh filled the room.

The electricity was again switched off and Spencer’s body relaxed.

He was dead and it was one of the most brutal ways to die one could ever imagine, and believe me I’ve witnessed far more than my than my fair share of death.

Fast forward to April 11, 2016, a date just shy of the twenty-second anniversary of Spencer’s execution. On Monday, Virginia Governor, Terry McAuliffe rejected a bill that would have mandated using the electric chair as the default method of execution in the absence of drugs used for lethal injections.

This is big news since more and more drug companies are refusing to supply states with drugs if their purpose for obtaining them is to kill people.

The Va. governor is Catholic and says he’s against the death penalty, but as governor it’s his duty to set aside personal beliefs and follow the law. So, he has now proposed a bill that would allow drug companies to remain anonymous if they supply the state/Commonwealth with the necessary drugs to carry out state executions. The information would be exempt from the Freedom of Information Act and from discovery in civil proceedings, without a high threshold of just cause.

I once sat in Old Sparky and the feeling was surreal, having the same view of the surroundings as did some of the most evil people who ever walked this planet. It was a bizarre experience to say the least. Some things you never, ever forget. Entering the execution chamber to sit in “the chair” was one of those things.

Here’s a brief video that was filmed in the execution chamber in Virginia. This, my friends, is the stuff that could cause Stephen King to wake up screaming. Remember, the video is real, shot in a real place, where real people have been executed. I’ve stood in the same spots as the officers in the film, and I’ve sat in that very chair. But the lights were burning brightly in the chamber and the “juice” was most definitely not connected to the chair when I sat. LIGHTS ON, CHAIR OFF. I made certain that officials understood those two very important details before I took a seat.