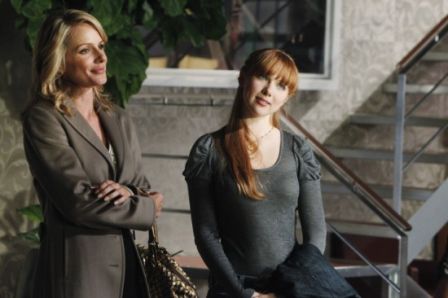 Another episode of Castle has come and gone and now it’s time for the review. Along with the commentary will come the usual small mountain of hate mail from die-hard Castle fans who read this blog every week and then declare open season on me for the comments I write about their beloved characters. I’ve tried to explain to the haters that I actually like the show. I like the characters. I like the actors. And I like the stories…for the most part. Oh, and I really don’t take it personally when the writers butcher the world of forensics and police work. I know that Tamala Jones is an actor. I know she’s not really the worst medical examiner in the world, even though her character is. You know why the horrible portrayal of cops and pathologists doesn’t bother me? Because the show is fiction and, for the most part, it’s a comedy.

The purpose of this blog post is to educate anyone who’s interested in learning about what’s real and what’s not (about police procedure and forensics) on Castle. For example, this show frequently uses lividity to determine the time of death. That’s not real, and I’ve pointed it out several times.

One can forgive an error if it’s close to the truth, but this one is so far off base they may as well have used something from another field entirely to determine TOD. Hmm…speaking of field, why not use something from the farm in place of lividity? It would sound just as dumb to those of us in the business of crime-solving. So let’s substitute “pig’s snout” in place of lividity each time Lanie incorrectly uses the term. 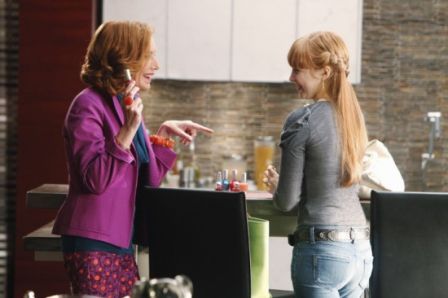 This week’s body find was a double play—two stiffs in one casket. Now that’s a brilliant way to dispose of a body, isn’t it. Well, it is if the killer is a mortician. Anyone else would have a hard time sneaking a body inside the casket after it was sealed by the funeral home folks. And I think the embalmers would notice an extra corpse prior to sealing the box.

I figure the best two places to commit a murder would be a funeral home (then you could easily incinerate the evidence) and a morgue (tough place for CSI to sort out DNA, huh?).

Did you know there was a third murder this week? That’s right, a third victim was brutally killed off screen and M.E. Lanie P. should be charged for repeatedly stabbing me with her stupid babble. And one of the first words out of her mouth was lividity (I wrote the first section of this post BEFORE I watched the show). That’s how predictable she is.

Again, let’s get Lanie’s goofiness out of the way:

– So (remember, we’re substituting words here) Lanie says, “According to the pig’s snout the time of death was between 7 and 9 last night. See how ridiculous that sounds? Well, that’s what it sounds like to me when she uses other terms and procedures incorrectly.

– Lanie P. also said she found a bruise on the back of the victim’s neck, but it wasn’t the cause of death. The only way she could possibly know that is because she’d already read the script. Anyone else would have to wait until the autopsy was complete.

– She said she found gray nylon fibers on the body. How’d she know they were nylon? They hadn’t been tested yet. BUT, she did say later that she’d sent the fibers to the lab for testing. HOORAY! She finally sent something to a lab instead of doing it all herself. Castle writers…that wasn’t too hard, was it? That’s all you had to do to make this character more believable. Doesn’t take any more time or space to have her say things like that. Lanie even sounded more credible (for that one split second) when she mentioned it.

– She told Beckett that she’d found a needle mark in the victim’s neck. She then said the person who caused the needle mark to be there had inserted an empty syringe into the carotid artery and then pumped an air bubble into the brain, which caused the death. How’d she know the syringe was empty? No way to tell. Besides, it was far too soon to have any tox results back. Cause of death could have been any number of things.

– I like it when Beckett and Castle bounce ideas back and forth. Good way to come up with theories.

– Beckett tells the guy (an investigator) who was last seen with the victim that he’d better cooperate or she’d have to arrest him. For what?

– Beckett tells one of her partners to have a prison fax her a list of everyone who’d visited an inmate during the past six months. I’m sure the prison officials are still laughing at her request. And they had even more reason to bust a gut when she told her cohorts to go to the prison and tell the warden to search an inmate’s cell and then bring that prisoner back to the police department. An officer has no authority at a prison. None. And a prison would never allow a police officer to simple drive over and pick up an inmate. If officers need to speak to a prisoner they go to the facility. Prisoners aren’t allowed outside without a prison escort, and only then for court or medical reasons (unless they’re on a work detail).

– The whole “fake a stroke using morphine and other drugs” scenario was totally unbelievable. Apparently, no one from the show did any research about prison procedures. Where were the mandatory prison guards/officers during this entire silly scenario? What about how the nurses obtained the drugs? Narcotics have to be accounted for. They’re kept in a locked cabinet that requires a code or key to be opened. And the requirements for documentation are tough.

And someone from the morgue released the body of a prison inmate before prison officials were able to confirm the death?? No way…just plain silly.

At the end we see the suspects (the male nurse and the prison escapee who faked her own death) sitting in the same cell. That would never happen. Male and female prisoners are segregated for obvious reasons. And these two offered double the reason for separation—they’re lovers and they’d just pulled off an escape.

And wasn’t it sweet that Beckett was able to report that charges would be dropped against the two because of a lack of evidence in the female inmate’s original trial.  Well, I’m sorry, but that has nothing to do with the escape, the illegal drugs, document falsifying, abuse of a corpse, and the dozens of other crimes she and her boyfriend had just committed. Those charges would stand. 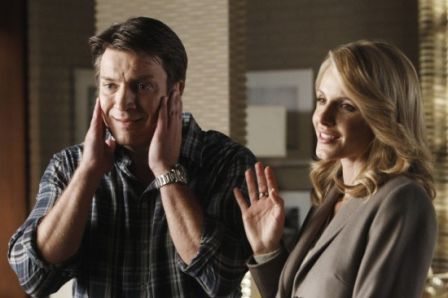 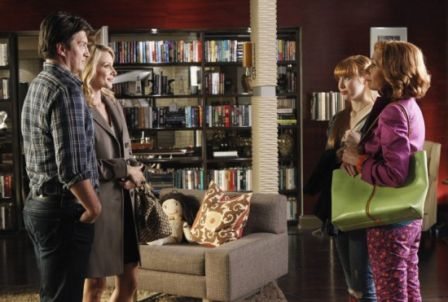 The rest of the show (the lovey-dovey stuff) was pretty believable, and good, with the exception of one major point. Someone said Taylor Swift could…well, you be the judge. Here she is with Stevie Nicks.

Ten Things A Cop Should Never Forget
Scroll to top