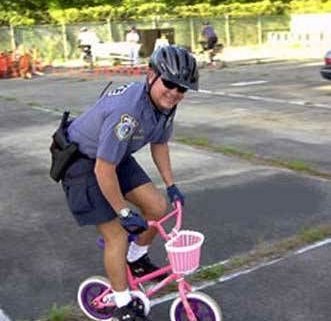 Does less money in the budget translate into unanswered 911 calls? Less ammunition? Lack of patrols in your neighborhood? Fewer patrol cars on the street?

The short answer to all of the above is yes.

Police departments and sheriff’s offices have, however, learned to be creative when dealing with budget shortfalls. Here are a few cost-saving methods your local police department may have been forced to implement in order to keep their doors open.

1. Reduction in manpower, better known as layoffs. It was a dangerous job when officers were outnumbered at 30 to 2 in many situations. Now, at 30 to 1 expect to see more officer injuries and deaths. 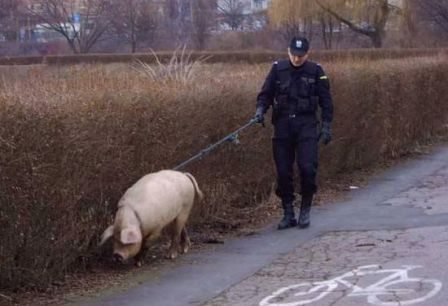 Funding has been reduced for K-9 programs. Is this what we can expect next?

2. Many agencies have reduced the number of times their officers train at the firing range. Bullets cost money, right?  Well, the bad guys own, and use, more guns than ever before. And, more officers are being gunned down than ever before. I guess it doesn’t matter to the people in charge of funding if officers are unable to keep their shooting skills up to par.

3. Sheriff’s offices are forced to release jail inmates much earlier than their original mandated sentences. They can’t afford to feed them, clothe them, tend to their medical needs, or supervise them. This translates into more crooks on the street where there are now fewer officers out there to watch over them. 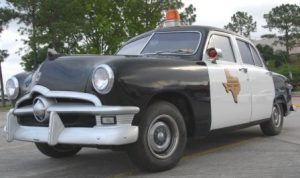 5. Police departments are keeping older cars on the streets much longer than they should. Those cars take a lot of abuse. Remember, some of those vehicles are in use nearly 24 hours a day, 365 days per year. And they’re driven in extremely harsh conditions. How would you feel about driving an old, possibly unsafe vehicle at high speeds? With no heat or a/c? Or, one that’s been puked in and urinated on dozens and dozens of times?

6. Detectives are required to answer routine patrol calls (drunks, vandalism, and he-said-she-said’s) instead of working to solve major crimes, such as rape, robbery, and murder. This almost assures that some crimes must go unsolved, leaving the suspects on the street to break more laws.

7. Administrators are strapping on gunbelts and heading back to the streets to answer routine patrol calls. Even Sheriff Lee Baca of the LASD, the largest sheriff’s department in the country, is going back on patrol.

8. Pay cuts. Already working a very dangerous job, some officers are now doing it for less money. Some thanks for asking them to work long, odd hours while maybe taking a bullet for us, huh?

9. Metal detectors and scanners are left unmanned in courthouses. Why? No one to operate them. No funds, no officers. The metal detectors in one Maine courthouse haven’t been used in years. 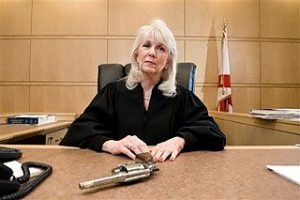 10. Courthouses are closing one day per month to reduce costs. And one Alabama judge keeps a loaded .38 under her bench. Judge Childers also orders her female clerks to conduct regular checks making sure no unauthorized people are in the courtroom. Why? Because there are no deputies available. I guess they’re all busy spinning the revolving door to the jail since there’s no one available to watch the prisoners because there’s no one on the street to arrest them when they commit crimes in unprotected neighborhoods because officers have no gas in their run down police cars. Oh did I mention that the mechanics in the motor pool were all laid off?

So, do you feel safe and secure now?