December 12, 2010 – Sergeant Wesley Whitmore was struck and killed just after he’d exited his patrol car in a convenience store parking lot. The 79-year-old driver of the vehicle that struck Sgt. Whitmore told investigators that he’d blacked out just before the crash. Sgt. Whitmore is survived by his wife and grown children. 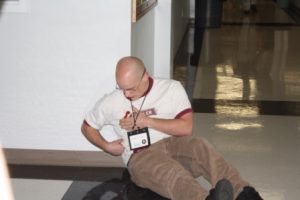 Sgt. Whitmore’s patrol car after the crash that killed him. 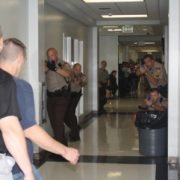 December 14, 2010 – Agent Brian Terry was shot and killed while attempting to arrest a group of armed men who were intending to rob illegal immigrants. Agent Terry was shot in the back with an AK-47. He is survived by his parents, a brother, and two sisters. 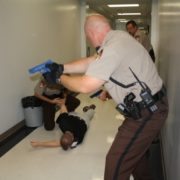