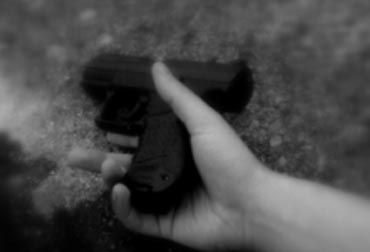 The job is fantastic. Everything you wanted and more. Excitement, fulfillment, serving mankind, and action. But, along with following your dream sometimes comes a price. And sometimes that price is quite steep…

Yes, everything you’d always wanted out of life. The perfect wife (or husband), two beautiful, healthy children, a nice home with a not-so-bad mortgage, two fairly new vehicles—a mini-van for hauling the kids to ballgames, scouting events, and family vacations—and an always-by-your-side dog the kids forced you to rescue from a local shelter. Work is going great, too. You’ve just reached the five-year, unofficial, no-longer-a-rookie status. And along with that milestone came a permanent day-shift assignment.

No more graveyard shifts. More awake time at home with the family. Normal meals and meal times. No more Denny’s Lumberjack Slams with a side of hash browns at 4 a.m., or the not-quite-finshed-because-of-the-shooting, three piece, extra crispy meals with the Colonel. Yes, things were looking good for you.

You feel good. Well-rested. You’ve finally watched your favorite TV show at its actual air time, not as a recording after everyone else has seen it and talked about it for days.

You feel so good, actually, that you volunteered for extra-duty. Running a little radar on your off time would be an easy assignment, and the extra money would come in handy during the holidays. Besides, little Sally Sue needs braces and Jimmie Joe had already been dropping hints about attending a Boy Scout summer camp. It would only be a few hours each week. Not so bad.

Your supervisor likes what she sees. You’re a hard-worker. A real go-getter. She writes a letter recommending you for the Emergency Response Team (ERT). You interview and before you know it you’re on the team. Training is only twice a week, Tuesday and Wednesday afternoons, your days off. Well, there’s the bi-monthly night training exercises, and the team competitions. You don’t get called out all that often—two, three times a month at the most? The last time you were gone for two days, but that’s not too bad. Well, maybe you could cut back on the radar assignment. But…the money’s nice. After the holidays. Yes, that’s it. You’ll cut back after the holidays.

The hostage situation was a tense one. Took 14 hours before the sniper finally popped one in the guy’s T-box. That piece of crap never had a chance to think about pulling the trigger before his lights went out. At least his victim came out okay. She’d probably be scarred for life, but she’d live. Might spend a few days with a shrink, but she’d live.

Man, that sniper is good, huh? Blew that guy’s brains all over the block wall. Sat him down in a hurry, too. Now that’s what a bloodstain pattern is supposed to look like. TV directors should see this stuff.

To celebrate a job well done the team goes to a bar for a few drinks and to unwind. You make it home at 3 a.m., drunk. Your wife and kids are fast asleep. There’s a piece of birthday cake on the counter. The frosting has hardened just a bit. Damn, you forgot your kid’s party.

You can’t sleep. Brains and blood. That’s all you see when you close your eyes.

You know she’s awake and can smell the Jack Daniels.

But brains and blood…that’s what’s on your mind.

You stare at the ceiling, knowing in two hours the clock will ring. Will the Jack odor be gone?

Brains and blood keep you awake.

The buzzer sounds and you’re up, shower, and dress. Skip breakfast.

A domestic he-said-she-said, a lost kid, and an overnight B&E at a midtown mom and pop grocery store. Your head is pounding. Pearl-size beads of sweat run down your back, following your spine until they dip below your waistband. You’re dreading the overtime radar detail. Two more months. Only two more months and the holidays will be over.

Pass out on the couch. Late for work. Forty minutes late, actually. A written warning.

A week later you’re late again, but this time the sergeant smells the Jack on your breath. Suspended. Ten days.

Your wife goes shopping with her friends. You watch the kids. She comes home late, really late. The stores closed hours ago.

Back at work. Another shooting. This time you fire a few rounds at the guy. He runs. You chase. Her turns and fires, so you pop off a couple in return. He drops, bleeding on the pavement.

Your shrink prescribes a couple of meds to help you sleep.

She’s out shopping…again. This time she wears her “going out” makeup and a tight skirt and top.

More Jack Daniels and a pill or two.

She comes home drunk and smells of cheap aftershave.

You’re awake, staring at the ceiling, knowing the clock is set to go off in three hours. She’s snoring gently. You smell the Jack with each tiny exhale. The aftershave burns your nostrils.

Sitting in the garage at the workbench where you’ve mended countless toys, appliances, and fixed the heels on her favorite shoes, you glance down at the off-duty weapon in your hand.

You open your mouth and place the barrel inside. It tastes like bitter gun oil.

The metal is cool against your tongue, almost comforting.

A lone tear trickles down your cheek.