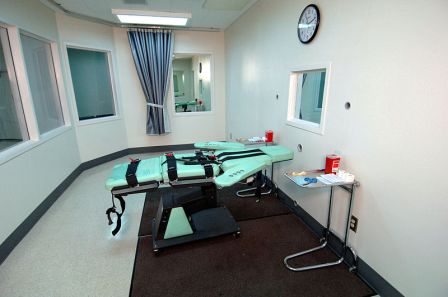 Beyond a reasonable doubt. That’s a fairly simple phrase, one that carries a hefty weight on its shoulders. But where is the line in the sand that determines where “I’m not really sure” ends and certainty begins?

First of all, to determine a verdict of guilty beyond a reasonable doubt, a jury must begin the process by presuming the accused is innocent of the charges against him. Then, it is the duty of the prosecutor to establish each element charged. Next, the prosecutor must convince a judge or jury that each fact/issue must be decided in a certain way. Basically, what this means is that when all is said and done, there is no wiggle room to say, “Well, it is possible that this guy is telling the truth and didn’t commit the crime. After all, he was seen in church chatting with the preacher at the time the murder took place. And, the church is 1,000 miles away from the scene of the crime. Oh, the fingerprints found on the murder weapon weren’t his, nor was it his DNA on the victim’s body.”

That’s some serious wiggle room that would leave doubt on anyone’s mind, but not all uncertainty is that easy to spot. 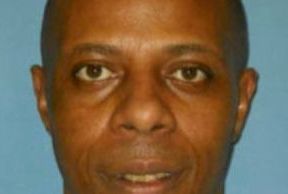 So let’s apply the “wiggle room” standard to the present-day case of Willie Manning, the convicted murderer who’s scheduled for execution tomorrow in Mississippi. Sure, there was some incriminating evidence presented at Manning’s 1994 trial, but there was also Manning’s steadfast denial of committing the crime, allegations that the prosecutor lied to the jury, witness statements that have since been changed (one witness identified two other men as the perpetrators before settling on Manning as his 3rd choice, and a jailhouse informant who has since changed his story), and a jury selection process that leaned heavily toward “white only” jury members (Manning is black and the two victims were white).

Some potential African American jury members were excluded for the simple reason that they read and enjoyed “black magazines.” Oh, and there’s the little matter of DNA found at the scene—a key piece of evidence that has never been tested.

Since his conviction and sentence of death, Manning’s attorneys have repeatedly requested DNA testing of the rape kit, fingernail scrapings, and hairs, but have been denied because it’s “too late” in the process to do so. In fact, the Mississippi Supreme Court, in a 5-4 April 2013 decision, denied the DNA testing, stating that other evidence was introduced that led to the guilty verdict, and that DNA testing would not preclude his participation in the crime(s), even though no physical evidence was ever presented that linked Manning to the murders.

So, unless Manning is saved by the Mississippi governor or U.S. Supreme Court, he’ll be put to death tomorrow with a large chunk of reasonable doubt hanging over the execution chamber—DNA found at the crime scene.

I’m not saying Manning is innocent and/or shouldn’t be executed, because I don’t know all the facts in the case. What I am saying, however, is that I am in favor of cleaning up all loose ends…you know, the things that could possibly identify a real perpetrator, if there is one other than the defendant.

Running a simple DNA test (one of those loose ends) is a small thing compared to possibly executing an innocent man or woman. And, “too much time has passed” should never be a reason to deny a DNA test, especially when the results of the test could point to an entirely different person, and setting free one who’s totally innocent of the charges against him.

Besides, the burden is on the government to prove guilt, not the defendant to prove his innocence. Therefore, I believe, if the evidence is available it should be a mandatory requirement to have it tested. After all, we’re talking about a human life, not some inanimate object.

You know, I’m thinking there should be some sort standard set…a rule…a guideline…or…oh yeah, I almost forgot…we do have a standard that’s already set in stone—guilt must be proven Beyond A Reasonable Doubt.

So why not do it in every single case? In addition, it should be a requirement that those test results be introduced as evidence in court proceedings, regardless of the findings.

* Since 1973, over 140 people have been exonerated and released from death row in the U.S. In that same period of time, over 1,200 inmates have been executed.

Jerry Givens, a former executioner for the Commonwealth of Virginia—the man who executed the death row inmate I saw put to death—best put it into perspective when he said, “If I execute an innocent person, I’m no better than the people on death row.”

Here’s a copy of the 8-1 last hour stay and lone dissenting opinion.