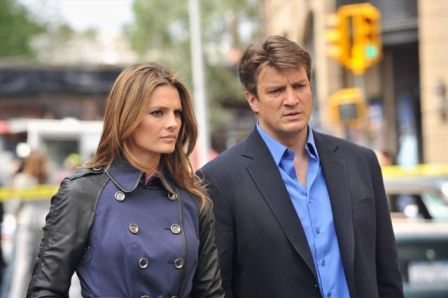 Next to cameras, facial recognition, body scanners, TSA agents playing touchy-feely with Grandma, gun control, no gun control, banks too big to fail, North Korea, Iran, the Taliban, suicide bombers, assault weapons, no Miranda (the Personal Safety Exception), Martial Law, politicians, and terrorists, drones are the biggest threat to our freedom. Right? And, thanks to Castle and company we saw why they might be a problem. Of course, hacking into a drone’s controls is a pretty far-fetched idea…but didn’t Iran claim to do just that when they somehow managed to grab one of our unmanned surveillance aircraft? Hmm…

For now, though, let’s pretend what we saw last night was merely a work of fiction and that drone strikes and surveillance on U.S. soil by U.S. officials will never take place (and, in case you’re interested, I have nice bridge for sale in Death Valley).

So, before I switch over to the Brookstone website to order a remote control helicopter, let’s dive right in with our review and recap. Melanie, take it away (don’t forget to take a peek at Melanie’s latest release, Blood Bound. You can pick up a copy by clicking on the cover in the right sidebar of this page)…

I enjoyed seeing Castle playing with his toys again in this episode that was an obvious setup for the finale. So funny. And I really loved the scene where Kate ambushed Rick with the tank and helicopter in bed. Hilarious. That just fits their relationship so well.

As for the rest of the show? I’m sure Lee has many comments about the off the wall case that delved into homeland security, but I will say that I pegged the kid as the killer early on — even though the way his dad died was pretty unorthodox. He just had that disgruntled teen thing going on, and he looked guilty. The idea that Warburg might’ve done it tripped me up for a minute, but that red herring faded fast.

Also, Castle with a gun, shooting down a drone? Seriously? Kate didn’t even seem surprised he was carrying. Heck, she probably gave him the gun. I’m sure Lee will rip that apart, because Rick is a civilian. Please.

The most important part of this episode was, of course, Stack approaching Kate with the offer of a job with the U.S. Attorney General’s Office in D.C. She’s obviously intrigued, and the promo showed us just how much. Will she choose D.C., or will she choose Rick? Ack!

Andrew Marlowe says that something “out of left field” will play into her decision, however, and that the finale will have a “gentle cliffhanger”. Gentle, really? Is the something out of left field the job offer, or something else? Something personal, perhaps, or maybe even something family related. I have no idea. Speculation is rampant, and I for one can’t wait to see what happens. This is going to be one long, long week… but I have a feeling the summer hiatus just might do me in.

You know, I don’t know how I feel about this episode. I mean, everyone showed up to play their parts, and they did a good job. There were funny and cute moments. Serious and somber were also on hand. But the episode overall was just okay for me. Well, other than the Homeland Security guy showing up to threaten a detective with arrest for doing her job.

By the way, if Homeland Security, or any of the three-letter agencies (FBI, ATF, DEA, etc.) has an interest in a case, especially one that involves big explosions and/or the possibility of mass casualties, well, as we saw in the recent Boston bombings, the feds would want and need the assistance of the local authorities. And they certainly wouldn’t threaten to arrest them for trying to solve a murder that took place within their jurisdiction. This sort of goofy TV crap (believe me, “crap” wasn’t my first choice of words) is why there’s so much horrible information floating around the internet and in books.

The red herrings this week were pretty darn obvious. It would’ve saved everyone a lot of time if they’d just lined them up in a row with a flashing red sign hanging over the son’s head. Certainly everyone out there in TV land had this kid pegged from the first second he appeared on camera. After all, he did everything but confess the first time he opened his mouth to speak. For me, knowing the identity of the killer so early on in the episode takes away the fun of helping Beckett and crew solve the case.

– One scene of particular interest was when Beckett was conducting her “walk and talk” interview of Omar, with the Homeland Security guy so obviously following behind (another flashing red arrow over this guy’s head). Anyway, it was basically a good scene, showing how a cop should be aware of their surroundings at all times, and normally, they truly are in a hyper-aware state during those kinds of situations. So good job there.

– The idea of hacking into military computers and drone software doesn’t sound possible, you say. Well, I suggest you Google the group “Anonymous.” I think you’ll soon change your opinion.

– I share Castle’s sentiment of savoring the aroma that greets you the moment you set foot in a bookstore, especially one that features antique books. But any bookstore will do for me. Somehow, smelling a gently used Kindle or Nook is just not the same.

– There was no problem with Beckett and Castle passing through the gate to pay a visit to Warburg. However, I’m still wondering why they didn’t drive to the house. Doing so would have saved them a lot of grief, and costly ammunition. Not to mention Warburg’s drone would have survived.

By the way, the pistol Castle used to help Beckett take out the machine-gunning drone was Beckett’s backup weapon. Castle yanked it from Beckett’s ankle holster when the drone made its return pass. I’m guessing that Beckett recently decided to start carrying the backup gun since she loses her service weapon to bad guys so often. It will also come in handy during future kidnappings (I believe we’re about due for Beckett to be kidnapped again. Hasn’t happened in three or four weeks now).

– Back to the son, the quite obvious villain of this story. Did you notice that Beckett dove in with questions and listened to the boy’s confession without letting the kid know he had the right to remain silent? Normally, she’s spouting off Miranda the second the bullet hits the bone.

– I was pleased to see a mention of Beckett using silence during her interview with one of the red herring suspects. That was a favorite tactic of mine. Filling a room with silence can sometimes be deafening to a criminal suspect.

– Another point in this episode that caught my attention was when Homeland Security dude, Stack, was making his case that Beckett should consider joining the feds. He said he liked that she was a an asymmetrical thinker, and that, my friends, is a fantastic quality for a successful investigator to possess. Why? Because asymmetrical thinkers not only look for a bad guy’s faults, they also closely examine their strengths, which often points a detective in their direction.

Asymmetrical thinking also pertains to creative writers. After all, symmetrical thinkers have all their ducks in a row. Their thoughts are focused in one direction (symmetrical), toward one goal. They are normally the well-balanced technical/IT folks. With fiction writers, though, creativity must be allowed to flow from all directions, coming together at an end that is often not thought of until, well, the end. Most often, it is the asymmetrical thinkers, those who allow their minds to venture off the structured path—the daydreamers—who create beautiful works of fiction, spectacular pieces of artwork, and intricate, flowing melodies and verse.

Anyway, thinking “out of the box” is an important trait for police investigators. After all, many, if not most criminals, are definitely asymmetrical thinkers. They’re schemers and planners, always thinking of ways to beat the system. So cops often need to “get inside the heads” of their adversaries, and what better key to the crime-solving puzzle than to know the bad guy’s next move. There’s nothing more satisfying than to be there waiting with handcuffs in hand when the crook strikes.

Okay, so much for my ramblings. The show this week, as I said, was just okay. I, too, believe it was a set up for the season finale, which by the way, is a storyline that’s been done to death. I hope the Castle writers have found a different spin for it, but after seeing this one, with the usual boilerplate, fill-in-the-blanks script, I doubt it. 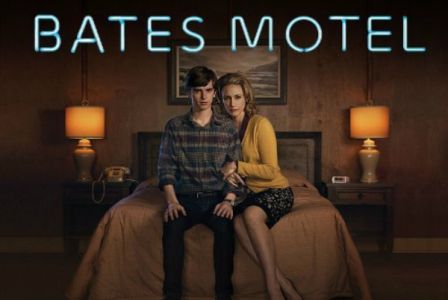 One more thing…is anyone watching Bates Motel? How about Grimm? If so, I’d love to hear your thoughts about them. 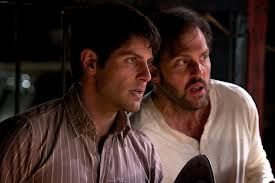 Foot Pursuits: Over The River And Through The Wood
Scroll to top