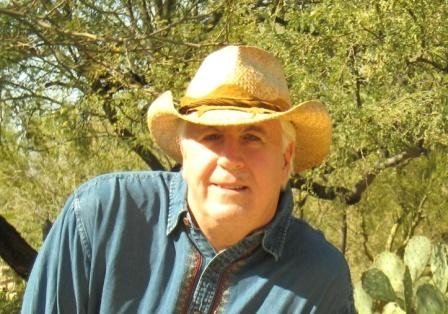 An honors graduate from Indiana University and an experienced trial lawyer, Ben F. Small has over thirty years experience handling complex antitrust, litigation and other legal matters worldwide for Fortune 500 companies. A gun enthusiast and writer, he’s the author of Alibi On Ice, a thriller set on the slopes of Mount Rainier, and The Olive Horseshoe, a mystery set largely in Spain and Morocco. He lives in Tucson, AZ.

What if you’re positive you’ve got the gun, but the ballistics don’t match? Are you done? Back to the drawing board? Time for another doughnut?

Not quite yet… Okay, maybe the doughnut. Helps stir the gray cells, don’cha know.

Two options come to mind, both of which can be researched. Did the perp switch barrels? Did he use the new Otis Lifeliner?

Replacement barrels can be purchased for most pistols online. Sarco, Bar Sto, Nowlin, and Kart all sell replacement barrels, as do some of the custom gunshops like Ed Brown. Some of these barrels require fitting, some are drop-in. Fitted barrels, as you might expect, require some work, gunsmith-type stuff, and may leave tooling marks, but they’re generally more accurate than drop-in barrels because they’re held to tighter tolerances. And obviously, fitting requires some effort, so someone planning his/her crime in advance and planning on screwing with Ballistics by switching barrels, is not likely to go to the trouble.

But a drop-in barrel is a wholly different ball game. No tool marks, nothing to indicate the barrel was switched. And most barrels don’t have a stamped serial number to match to the gun. Switch barrels, shoot your victim, switch back.

Bar Sto barrels, for instance, will easily replace Springfield and Colt 1911 barrels, no fitting required, but they may have to be fitted to a Glock. They’re drop-in for most Sig Sauers, and fitted for most custom guns. A match grade replacement barrel will almost always have to be fitted, just like the original was. Tool marks may be present from both fittings, some looking older, maybe rusted a bit, some fresh.

An interesting side note here. A standard Glock barrel comes with a warning: Do not shoot lead bullets. That’s because the Glock barrel contains a proprietary criss-cross rifling pattern; the pattern – and accuracy – will foul, perhaps permanently, with lead bullets. A Bar Sto replacement, in contrast, is broach-cut rifled, so lead bullets pose no issues.

You can order replacement barrels from the manufacturers or from their distributors. So some legwork is required tracking replacement barrel shipments. Your perp may have bought his barrel online or from a local gunshop.

While the notion of a replacement barrel may be old news to many folks, there’s a new wrinkle to the analysis. Otis Technology, the manufacturer of top flight gun cleaning systems, now offers a nano ceramic barrel liner, which promises to give new life to an old barrel. Application is simple but time consuming. Just coat a bullet and the chamber and fire. Clean. Repeat. Do this ten times, cleaning the barrel after each firing. Presto! Your tired old barrel has new life.

Now, the issue is how will this treated barrel affect ballistics analysis? Will the markings on a bullet fired before treatment be the same as after? For sure, the lands and grooves are identical, but isn’t it likely other barrel idiosyncrasies, like scratches and pitting, for instance, are changed?

I dunno. This stuff just came out. But you may want to have your metallurgist check for ceramics if you’re sure you’ve got the right gun but the ballistics don’t quite match up.

One’s gotta keep up with technology these days. It’s not just writers like me who plot this stuff. The smart perp plans ahead… 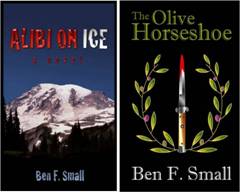