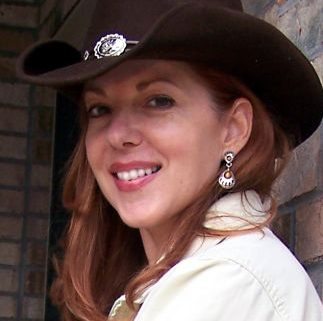 Unsure of what she wanted to be after college, T. Lynn explored various careers including commercial tread rubber sales and retail management. For one summer, her job was to scare people at a haunted house, but that was a long time ago. Most recently, she was a television producer for several years before leaving the corporate career world so that she could make stuff up on a fulltime basis.

She also writes freelance and her articles appear in regional magazines across the country. (To read a few, click on the ‘Musings’ tab.)

When not vacuuming up pet hair, T. Lynn enjoys photography, doing absolutely nothing anywhere with a terrific view, and taking impromptu road trips in the name of research.

T. Lynn is also a certified firearms safety instructor and shooting sports enthusiast. She lives in Myrtle Beach, South Carolina with her husband and a few furry critters.

Put most any man (who is not a seasoned gun collector) in front of a gun counter, tell him to pick one, and chances are good that he’ll go for the largest caliber thing he sees. It must be a guy thing. Take, for example, the 2007 NRA Gun of the Year: a Smith & Wesson 460XVR revolver that uses magnum loads. (Friends of the NRA hosts fundraising banquets around the country and they always choose a gun, knife, and print of the year, which become collector items.) FYI, if you haven’t seen one, this gun is huge! Of course, the NRA goes out of their way to be female friendly, but I’d guess that it was an all-male committee who chose the .460 SW Magnum as their coveted gun of the year. 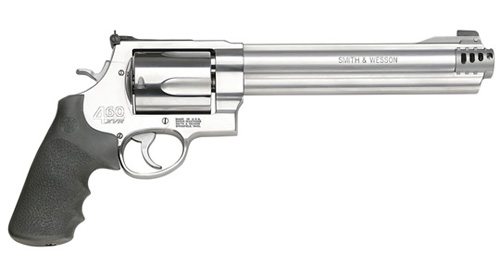 Touted as the highest velocity revolver in the world, this gun has an extra large frame, weighs more than 5 pounds when loaded, and has an overall length of 15″.

I’m no ballistics expert, but generally speaking, the higher the caliber, the more recoil. And the more recoil, the less controllability a shooter has, especially anything beyond the first shot.

Why on earth would any woman (fictional character or otherwise) carry a weapon that will beat her up when she shoots it? Many law enforcement folks—including my local PD—use .40 caliber Glocks for their duty weapons. I shot one at the indoor range last month and literally stopped before I even emptied the magazine. Can you say, ouch! I shot with a firm, two handed grip and well balanced stance. But my wrist really hurt after only six or seven rounds. My shooting buddy, a guy, agreed that the recoil was rough. But he quickly added that the Glock’s recoil didn’t bother him. Of course it didn’t. His wrists are the size of drink coasters. The ‘kick’ factor might not bother most men, but if I were a female officer toting around a .40 Glock, I couldn’t begin to imagine what my wrist and arm would feel like after target practice. Not only would I not want to practice, but I’d dread doing so. I liken it to asking a marathon runner to train in high heels.

Law enforcement decision-makers must take into account many factors when doing a weapons buy. But for your average private investigator, retail store manager, lawyer, grandma, or jewel thief who carries a weapon, there is absolutely no reason to adhere to the old adage: the bigger the caliber the better.

Like everything else—from golf clubs to passenger tires—improved technology has made handgun ammunition much more effective than ever before. Stopping power IS available with smaller caliber weapons.

Most everyone is familiar with JHP, or jacketed hollow-points. Such bullets, as the name suggests, have a hollowed out space in the nose and are designed to ‘mushroom’ out, or expand upon impact. The development of hollow-point ammo was one giant step in creating good stopping power for lower caliber weapons. As an added benefit, the expanded chunk of lead is less likely to go all the way through the bad guy, and if it does, chances are it won’t have enough velocity to maim an innocent passerby. 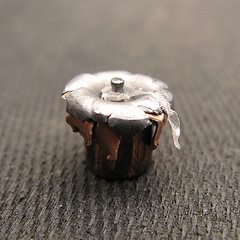 9mm fired: A 9mm Hydra-Shok bullet that was fired into water jugs

Even better is the relatively new Hydra-Shok technology, available in Federal Premium ammo. (You’ll hear it called hydroshock among other names, but note that Hydra-Shok is a registered trademark.) Bottom line? Take a hollow-point bullet and add a small post in the center of it. The result is even MORE—yes more—stopping power. It’s something to do with energy transfer and penetration and the fact that the human body is about 60% water. I’m told that, even if the assailant is hit in the arm or leg rather than at center mass, a Hydra-Shok bullet will bring him down. Plus, most shooters in a self defense situation will keep pulling the trigger until the threat has been eliminated. Even cops with .40 caliber Glocks don’t stop after one shot when their life is on the line. 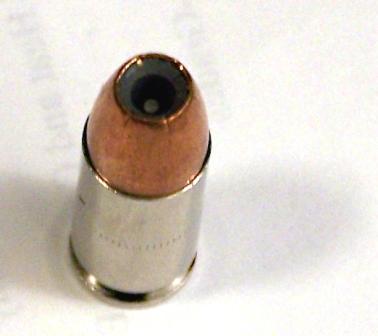 9mm Round: A 9mm Hydra-Shok round. It’s hard to see, but note the center post sticking up in the hollowed cavity. Also note the scored edges–these are the points where the bullet will rip open upon impact.

I just got the newly-introduced Ruger SR9 and love it. It’s slim and sexy and has a magazine capacity of 17 rounds. And loaded with Hydra-Shok, this 9mm has plenty of stopping power for any run-of-the-mill self defense situation. (Meaning you’re not up again terrorists with shoulder mounted rocket launchers.) Best of all, I shot about 200 rounds through the SR9 during one practice session, and went home with a happy wrist. 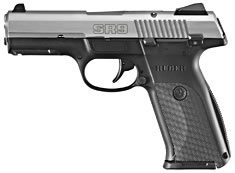 Ruger SR9: The Ruger SR9’s overall length is just over 7.5″ and its width is a surprising 1.27″. In the interest of safety, I must mention that the early production SR9s have been recalled due to possibly firing if dropped. It’s an easy fix and Ruger is giving a free magazine to those affected. But if you’re running out to purchase one, check the serial number first. You can find recall info at ruger.com.

A good firearms instructor will offer this advice to anyone shopping for a self defense gun: Buy the biggest caliber that you can comfortably and accurately handle. I always add a few additional words of advice: Buy something that you will not only practice with, but enjoy shooting. I’ve found that if a person enjoys shooting a particular gun, they’re much more apt to practice with it.

That means that women—including your gun-toting female characters—might want to forget about “bigger is better” and go with a smarter choice. Let’s face it. We just don’t have the upper body strength that a man does. Our forearms don’t have the same muscle mass, even if we are eating all our spinach. And most of us don’t have wrists the size of coasters. Why deal with uncomfortable recoil when we don’t have to?

Of course, if your character is in law enforcement, they may not have a choice as to what they carry on the job. And on the opposite end of the spectrum is the proverbial professional assassin who carries a small .22 since they know how to administer a well-placed head shot at point blank range. If done right, the low velocity bullet bounces around inside the skull enough to cause fatal damage.

You can visit T. Lynn Ocean at www.tlynnocean.com We’ve just been informed that Earle Hagen, the writer (and whistler) of the Andy Griffith Show theme song died yesterday at age 88.