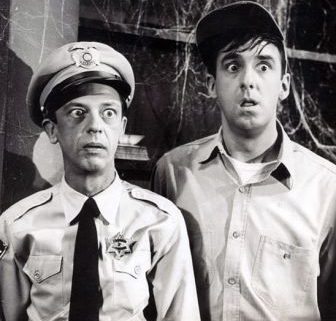 Some of the things I see on TV cop shows really grind my gears. And, unfortunately, some of those things are actually finding their way into books—a double gear-grinder. Hmm…I wonder how that could happen?

Could it be that some writers are still using cop-television as a research tool, no matter how many times I and others in the real cop business jump up and down while screaming, snorting, squalling, huffing and puffing, and squealing? Could it be that writers actually believe what they see on shows such as Sleepy Hollow, Brooklyn Nine-Nine, The Blacklist (actually, I like this show, but it’s still far from realistic), Ironside (this one lasted all of two episodes before the network flushed it), and the woefully ridiculous Under The Dome?

Could it be that writers believe THEM over what they see here on The Graveyard Shift and what they’ve learned at the Writers’ Police Academy? Please, say it ain’t so!

After all, shows like Star Trek and Grimm are total fiction, but viewers can easily be drawn into the action because what they see the actors doing on screen “seems” realistic. It’s believable make-believe.

There are many great examples of believable make-believe on TV, and one such show is The Andy Griffith Show. I know, there were no great crime-solving moments on the show, but the human aspect of police work definitely shined. Sure, Barney came across as, well, goofy, at times. And, of course, the goofy cases that did come up were handled in a like manner—goofy. However, we all kind of believed Barney and Andy and all they did to reach their goal(s), even though you knew, or at least you hoped what you were watching unfold on your TV sets was not how real police officers conducted business in the real world.

I suppose Barney and Andy came across as well as they did because there were no computers and other electronic gadgets to help with their investigations. They didn’t have the luxury of typing 7 keys on a computer keyboard and suddenly have the answer to world peace at their fingertips. Nor did Andy and his sidekick have instant access to surveillance cameras on every street corner corner from Mayberry to Mt. Pilot to Raleigh and beyond.

There were no magic touch screens in Mayberry that had the capability to pinpoint the exact coordinates of a bad guy’s location. Actually, Barney didn’t have access to many of the tools that are available to TV cops. And that’s understandable. But it’s not only the modern-day tools that seem to confusing writers. They’re tripping over the simple things. You know, like the ones that if they simply stopped and thought about them for a minute or two they’d have that “Aha” moment and correct the error(s).

Anyway, let’s go over a few of the things I’ve seen in some of the advanced reader copies I’ve received lately… Wait…before we go any further, I’d like to point out that I receive numerous books from publishers each month, and they send them asking that I read the stories and then review the books here on The Graveyard Shift.

Think for a second, though… How many book reviews have you read on this site? That’s right, I can count them on one hand. The reason there are so few is because I won’t write a bad review. Of course, not all the tales and writing are bad. In fact, the majority of the stories are extremely well-written and the voices are really nice, etc. But there are often bad police and forensic “things” that take me out of the story. So, I put the book aside and move on to the next tale.

Okay, back to the things I’ve seen in books that make me stop reading and wonder how in the world an author could think that what they were writing could indeed be believable. And the list starts with…

2. Cops carry their sidearms fully loaded with a round in the chamber. This business of “racking the slide” before entering a dangerous situation is a TV thing.

3. Bad guys who live in cruddy $2 a day fleabag motels and have not a cent to their name, can easily afford and have access to top dollar military-grade weapons and explosives, and really cool electronic gear. Yeah, right. That could happen in the real world (note the sarcasm).

4. People are easily knocked unconscious with a slight blow to the head with a gun, book, candlestick, etc., or a quick chop to the back of the neck with the heel of the hand. NO! I’ve seen people hit in the head with a baseball bat and it never slowed them down. Believe me, if the blow is hard enough to render someone unconscious, they’ll be out of commission for a while and will not immediately hop up, rub their head for second, and then dive back into the fight.

5. This business of having one lone geeky man or woman who can tap five or six keys on a computer to bring up a bad guy’s photo, shoe size, current address, his favorite food, pet’s name and vet records, and an alphabetical listing of all food in his refrigerator and cupboards, is total nonsense.

6. The same geeky guy taps four more keys and suddenly has access to every single camera in the world, including the one’s installed outside of Betty Sue’s Cut and Curl is more nonsense.

8. TV cops have no trouble kicking in doors while wearing high heels or other street shoes. Doors are NOT easy to kick in. In fact, no one does that anymore. There are more effective ways of gaining entry to a residence or business.

9. Why is it that TV and film cops have no trouble finding a parking spot no matter where they are, including cities like Boston. Have you ever tried to find a parking space in Boston? And, why do TV detectives all drive shiny new cars when real-life investigators often get hand-me-down cars or the cheapest thing on the lot?

10. Back to getting shot. TV cops are tough as nails. So are many real cops. On TV, though, the cops get shot four five times, stabbed four or five times, hit with a boards and bricks, and they still carry on until the bad guys are locked up. Not a single whimper. Yet, when a nurse or significant other touches the wound, they all scream like a woman in an old-time black and white horror flick. In real life, a cop gets shot and he’s taken to the hospital where, by the way, he still may moan, groan, and cry like a baby.

11. TV cops have a habit of getting shot a day or two before retiring from the job. This one is a really tired cliche’. Please stop writing it.

13. Cops cannot tell the type of firearm used by looking at a bullet wound.

14. Cops do NOT fire warning shots.

17. Cops do shoot center mass, and they do shoot until the threat ceases to exist, meaning if the bad guy stops shooting and puts down his weapon, then the police are to stop shooting as well. And their next move would be to restrain and arrest.

18. Cops do NOT use Tasers when the situation calls for deadly force.

19. Cops do not use deadly force when the situation calls for Taser use, pepper spray, baton, etc.