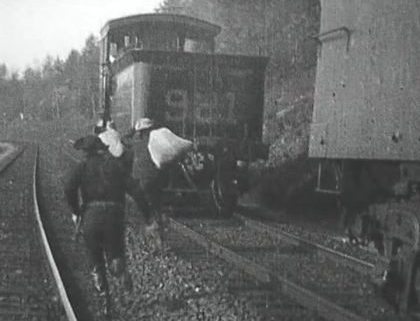 Cordite, Va – The home of I. Will Fillemfullalead on Glock Circle in Cordite was robbed last night between the hours of 8pm and 11pm, while the family was away enjoying a movie at a local theater. The robbers took everything from the home, leaving the Fillemfullalead’s with very little. The Red Cross has offered their assistance.

“When we got home, we saw that our house had been robbed. They took everything, right down to to the kid’s handguns and reloading kit,” said Mrs. Fillemfullalead. “I hope the police catch them before we do, or there’ll never be a trial.”

Okay, how many times have you seen headlines similar to the ones above? Too many times if you ask me, because a house cannot be robbed. No way, no how. The definition of a robbery is this – To take something (property) from a person by force, violence, or threat.

You cannot threaten a house or business. Nope, there has to be a person present to constitute a robbery. And he/she must have felt threatened and/or intimidated by the robber when the goods were taken. Otherwise, the Fillemfullalead’s home had been burglarized, and their property stolen.

Please, keep this in mind when writing your stories.

Many people have asked me to review books on this site, and I’ve resisted for a long time. Well, I finally caved in and agreed to start. Lo and behold, the first book that came my way featured both “the odor of cordite” and a house being robbed. Needless to say, I won’t be reviewing that one, not on a public blog, that is. I certainly wouldn’t want to “rob” the author of any sales by posting a bad review. Of course, the writing matched the level of research, so it’s best that I keep my thoughts to myself…this time.

Now, back to robbery…

A Texas teenager, Claudia Hidac, was shot to death during a botched robbery attempt at a local residence a few weeks ago. The Fort Worth Star-Telegram reports that the girl was found face down at the back door after gunfire broke out during the attempted robbery.

Hidac, the apparent “brains” of the operation, had directed two male accomplices to the residence where at least five people were at home at the time of the incident. One of Hidac’s partners was armed.

One of the three robbers kicked in the back door, and that’s when the exchange of gunfire erupted. The two male accomplices fled the scene, leaving 17-year-old Hidac, dead from a shot to the head.

Both male accomplices have since been arrested.

In the case of Hidac, well, there was clearly a threat to the people inside the home. And force and violence were clearly present at the time of the robbery attempt.

No one was at home at the Fillemfullalead household, therefore, their home was burglarized.

Hopefully, I’ve made clear the difference between robbery and burglary.

What’s not clear is what was inside Claudia Hidac that drove her to commit such a crime. 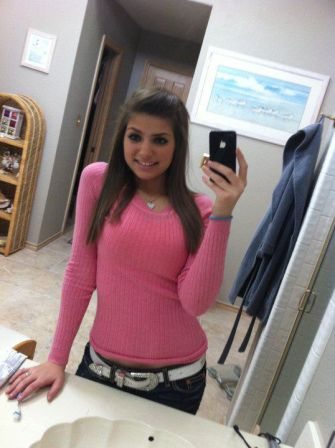 "I Want To Kill Someone And Eat Them"
Scroll to top