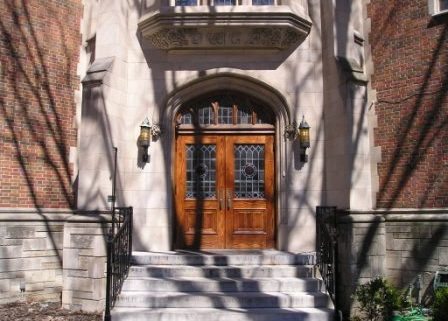 Entrance to the Writers Police Academy.

The first day of the academy consisted of presentations by canine officers and their dogs, arson investigators, fire crews, tour of a working fire truck, and a hands-on look at fire-fighting equipment. Were also treated to workshops taught by a defense attorney and a prosecuting attorney. The attendees then divided up into three groups and boarded buses for off-site tours of a police department and the local morgue. 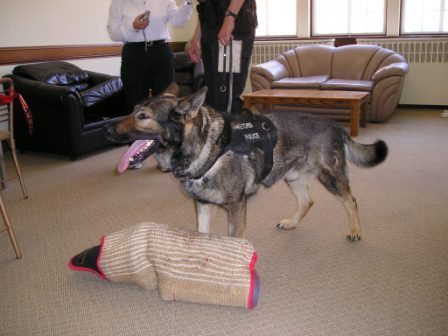 Ketcher, a Fairfiled, Ohio police canine, demonstrated his remarkable ability to locate hidden narcotics, and then ended his portion of the show by bringing down a bad guy with his teeth! 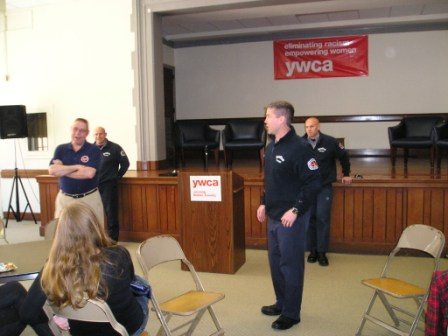 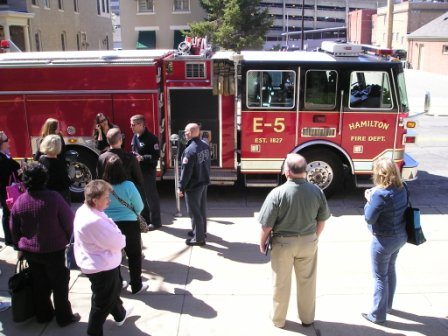 Firefighters described their individual roles. They also allowed the participants the opportunity to climb inside the truck, and a chance to touch and hold firefighting equipment. 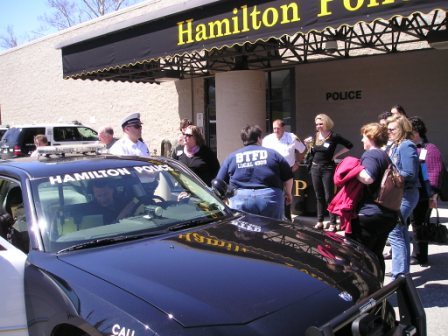 The next stop was an behind the scenes tour of the Hamilton, Ohio police department, where attendees were allowed to explore the booking rooms, property room, muster room, gym, detective’s offices, patrol offices, AFIS terminal, lock up, vice, training rooms, wet evidence storage rooms, crime labs, and much, much more. They were also allowed to climb behind the wheel of an actual patrol car. Some were even brave enough to have a seat in the rear cage compartment. 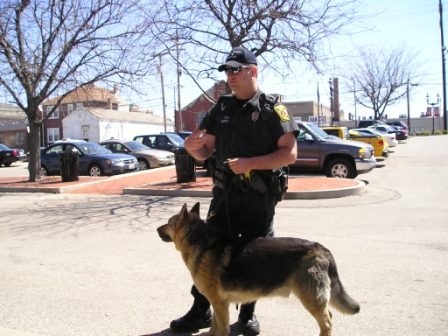 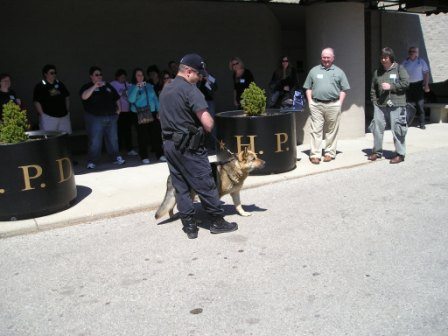 Taz’s focus on his target was unwavering. His bite was much worse than his bark. 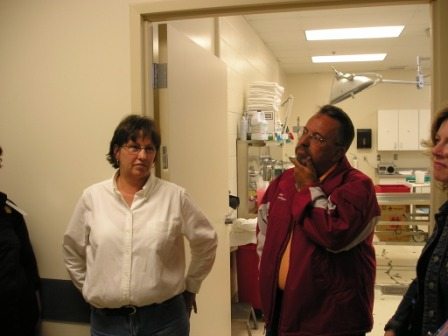 Coroner’s investigators were on hand to answer questions. 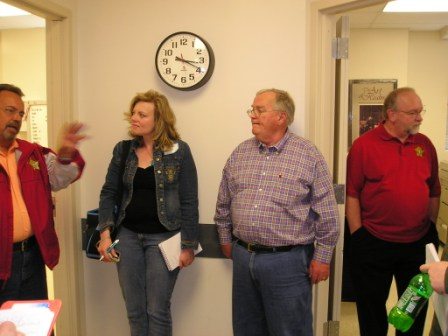 While you’re reading this we’ll be handcuffing people, fingerprinting, and playing with SWAT equipment, weapons, and spy gadgets.

Everyone is having a great time! Wish you were here.