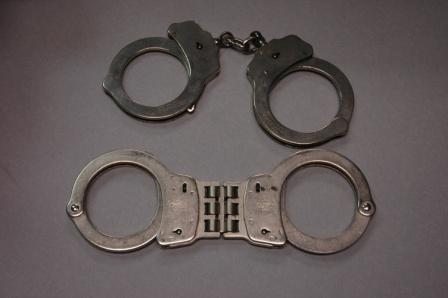 Once again media clickbait headlines and agenda-skewing stories, including those on Facebook and Twitter, have people sharpening their pitchforks and lighting the torches. This time the induced hoopla is over the charge brought against the Oregon militia standoff guy, a chainsaw sculptor, who illegally used a federally-owned vehicle to go on a grocery run to a Safeway store, a business located 30 miles from the bird sanctuary his group occupied several days ago.

As a result of flame-fanning news reporting, many people, people who aren’t fully aware of the law, are practically jumping up and down because the occupying sculptor was arrested for Unauthorized Use of a Motor Vehicle. It seems these folks are boiling mad because the charges were not for Grand Larceny, an offense that sounds far more evil than Unauthorized Use.

Let’s dig into this a bit and hopefully clear the mud and media-planted debris from the waters.

1. Unauthorized Use of a Vehicle is a charge that relates specifically to a person who takes, operates, exercises control over, rides in or otherwise uses a vehicle, boat or aircraft without consent of the owner. The key word here is “USES,” which means there was no intent to steal the vehicle (use – to put into service).

In the case of the militia member driving to Safeway, well, he used (put into service) the truck to go grocery shopping and his intention was to return, with supplies, to the bird sanctuary. As far as we know, he did not plan to steal the truck, permanently depriving the owner of the vehicle.

Unauthorized Use of a Vehicle (in Oregon) is a Class C felony that could earn offenders a sentence of up to five years in the state penitentiary.

2. Larceny (stealing the truck) is defined as wrongfully and fraudulently taking and carrying away the personal goods of another from any place, with a felonious intent to convert them to his (the taker’s) use, and make them his property. In other words, to take/steal something with the full intention of not returning it.

Theft in the First Degree (in Oregon) is basically defined as—a person commits the crime of theft in the first degree if the total value of the property stolen (larceny) is valued at $1,000 or more. Theft in the 1st degree is a Class C felony.

So, the two offenses—Unauthorized Use of a Motor Vehicle and Theft in the First Degree are both Class C felonies, and both are punishable by up to five years in prison. They both earn equal spots on an offender’s criminal history, and both earn an offender the right to wear the same prison clothing, sleep in the same prison cell, and eat the same crappy prison food. The big difference between the two charges is that they’re…wait for it…NOT the same offense.

The militia guy did not commit the crime of Grand Larceny/Theft in the First Degree. If law enforcement had charged him incorrectly a judge would have no choice but to order a dismissal. Therefore, the correct charge in this case was indeed Unauthorized Use of a Motor Vehicle. The names are different but the penalties are the same.

I hope this tidbit of information was enough to prevent an overdose of blood pressure medications by those who were so extremely upset after reading all the agenda-driven media stories. As always, I’m presenting fact, not opinion, so please do not attempt to read between the lines. I promise, there’s nothing there.