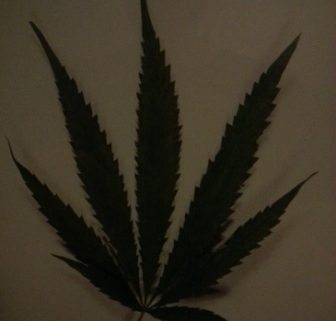 Country music legend Loretta Lynn knows how to step up to the mic and belt out a tune, and her songs normally tell a story of heartbreak, heartache, and every other “cry-in-your-beer” type of tale imaginable. She’s also crooned about change, especially where a woman’s rights are concerned. A great example is her song, We’ve Come A Long Way, Baby.

I’m thinking Lynn’s song title could also apply to the evolving laws in the U.S. regarding marijuana use, possession, and sales. After all, this country has come a long way since Nixon’s drug war began. A war that, in my opinion, hasn’t worked since day one. And this is especially true regarding marijuana. I say this because I was once soldier in that fight, spending countless hours trekking through thick woods, underbrush, poison oak and ivy, searching for pot growing operations. Sure, I like many investigators, was pretty darn good at finding the telltale signs and following them to plants as small as tiny shoots to nearly 20-foot tall green giants. Then, after I found what I was looking for, I’d set up surveillance on the sites and, when I had enough information and when the time was just right, I and a team of officers raided the operation(s).

In fact, the leaf pictured above is one from a rather large operation I found after seeing a man standing on the side of a country road. He was doing nothing wrong. Had nothing in his hands. Didn’t even look suspicious. But he was standing on the side of the road in an area where the nearest house was probably five miles away in either direction. Of course, I wasn’t driving a marked police car, nor did I look like a cop. So I stopped and asked if he needed a ride. He declined, saying he was walking to “the store” and that he expected his girlfriend to come by any second. To me he was a huge red flag. My intuitive radar was beeping in high gear.

So I continued on my way, but planned to come back after dark and see what I could find. I had someone drop me off near where I saw the man standing and off I went, creeping along through the woods. After two hours and a few dozen mosquito bites and cuts and scrapes from briars, I found what I was looking for, a creek. I knew growers needed a water supply, so I followed the narrow stream until I reached the “pot” of gold, a huge plot of marijuana plants. 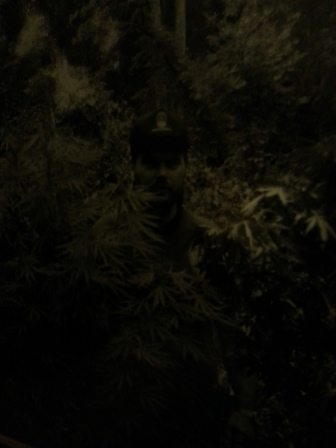 A nighttime photo of me standing among the hundreds of marijuana plants I found that night. No, my head is not that tall. I quickly stuck the cap on top of my head so some sort of badge showed up for the evidence photo. Believe me, I totally disliked wearing a hat.

To make a long story short, I later arrested the growers, found a packaging operation on their property, along with numerous pounds of dried and drying marijuana. We go to court and the judge slaps them on the wrist and lets them go. No telling how much time, effort, manpower, technology, and money went into that one investigation alone. And there were, and still are, many of those police investigations going on today across the country.

You know, I’ve often thought I’d live to see the day when marijuana was taken off the list of illegal drugs. At the very least, I truly expected to see it reduced to a classification lower than Schedule I, the group that includes drugs such as heroin. Even cocaine is classified lower than marijuana. Why is marijuana at the top of the list? Who knows?

Well, as we all know, the will of the voting public has been heard in Colorado and Washington, with New York following at their heels. Those two states have legalized marijuana for recreational use. I expect we’ll see more states adjusting their marijuana laws in the near future.

I’m thinking pot smokers everywhere should, at the very least, think about Loretta Lynn as they fire up their newly-legal bongs, because, as her lyrics say, “Times have changed and I’m demanding satisfaction, too. We’ve come a long way, baby.”

How about you? Do you think the country is moving in the right direction? Should marijuana be made legal?

Followon TwitterSubscribeto RSS Feed
A Cop, An Ape, And A Hotel Cat Walk Into A…