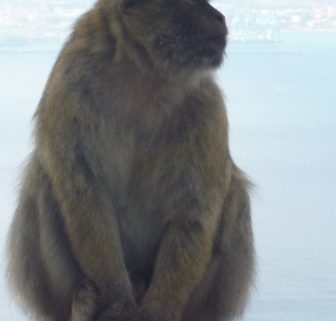 Take a cable car ride to the Upper Rock at Gibralter and you’ll find an unusual welcoming party—Gibralter apes. The apes are actually a tailless monkey called Barbary Macaques, and it’s believed they were brought to the area by the Arabs sometime after 711CE or the British after 1704. Either way, the apes of Gilbralter are well-cared for by the Gibraltar Ornithological & Natural History Society, and we’ve been treated to a visit with them by our good friend, coroner’s investigator Paul Beecroft.

Paul photographed the ape in the above photo while at the top of the Gibralter rock. Now, let’s all sit back and enjoy the view as Paul takes us along on his latest journey. 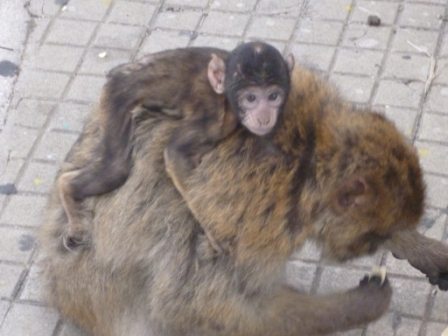 This mother and baby were spotted in the town. 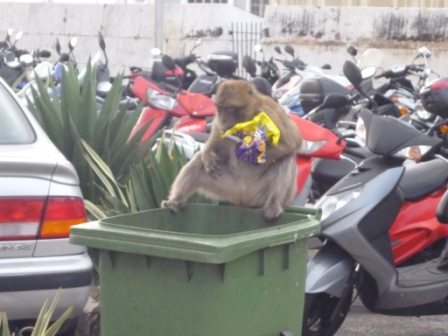 Also in the town. This particular Ape ransacked the bin searching for food. 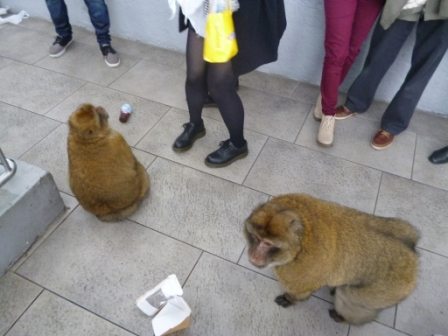 This was taken at the top. We had just stepped out of the Cable Car. A tourist in the Cable Car had been warned by the onboard attendant to hide the carrier bag that she was carrying when she stepped out. When we arrived at the top she did not heed his warning. Four apes went for the bag in a second. You can see some of the remnants in the top left hand corner and some of it still in the hands of the girl holding the yellow bag. 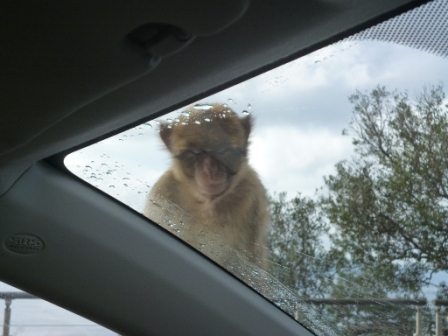 This young Ape is sitting on the car wing mirror. It jumped on as we were driving and stayed until the windscreen wash and wipers annoyed him/her. 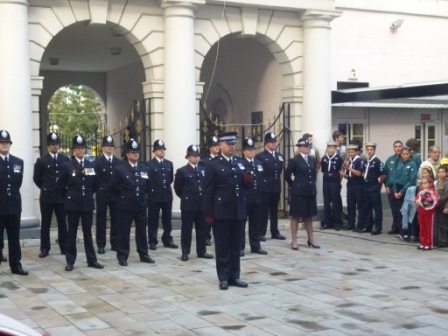 Gibraltar Police on parade waiting for the new Governor of Gibraltar Sir James Dutton to arrive. 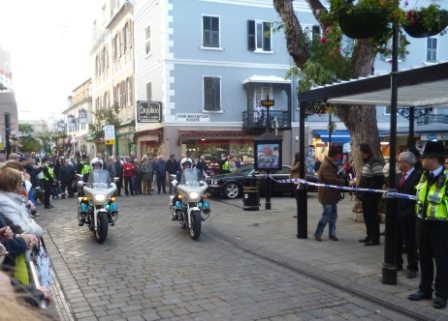 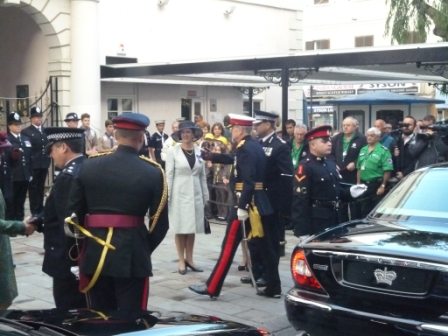 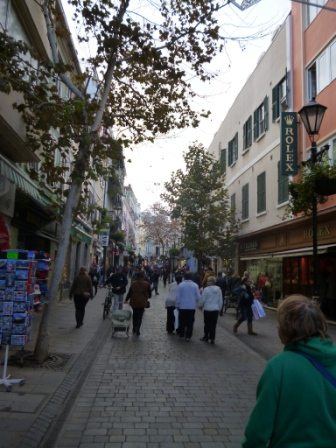 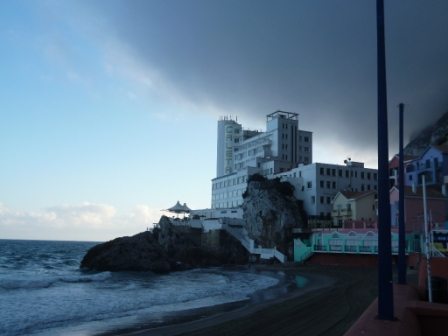 Our Hotel from the beach. 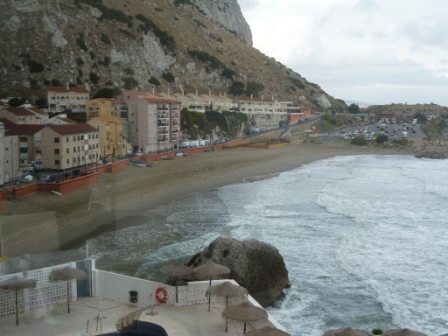 View from the Hotel Breakfast Room. 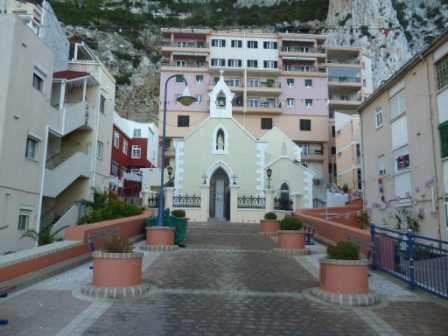 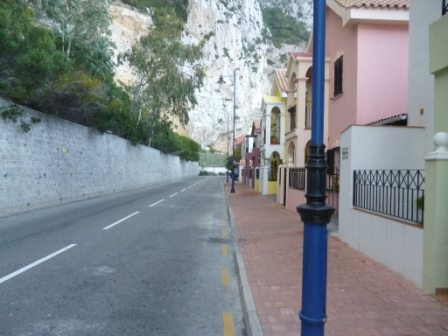 View of the road from our Hotel. 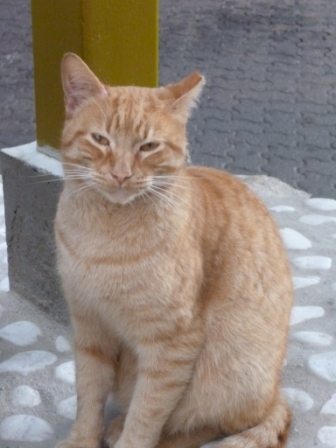 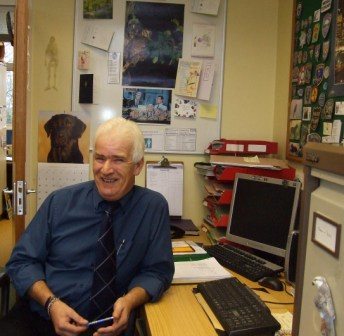 Paul Beecroft has spent a good deal of his life in law enforcement, in England. He’s worked Foot Patrol, Area Car, Instant Response Car, and also as a Police Motorcyclist. Paul currently works as a coroner’s investigator and has traveled all over England, Wales, Scotland and even Germany to investigate crimes.